Weights from Japan: Ryota Murata 160 – Gennadiy Golovkin 160 – Watch LIVE on DAZN at 5 am on Saturday!

Golovkin (41-1-1, 36 KOs) has a deal to face Canelo Alvarez on DAZN PPV on September 17th, but boxing fans aren’t going to want to see that fight if GGG struggles to defeat  Murata.

On social media, fans say that they DON’T want to see the 40-year-old Golovkin fight the superstar Canelo (57-1-2, 39 KOs) for the third time because he’s looked like a shell of his former self in his last two contests.

What’s made things worse for Golovkin is he’s been out of the ring now for a year and a half, and he’s likely to have problems with the 36-year-old IBF middleweight champion Murata.

“Make sure [Ryota Murata] doesn’t make you look bad and people start doubting you,” said Golovkin’s old coach Abel Sanchez to ESPN. “I would not like to see it get to a point where people are saying he shouldn’t fight [Canelo].”

It sounds like Sanchez has been living in the sticks and doesn’t have an ear to the ground to hear what boxing fans are saying about Golovkin.

No one wants to see an old Golovkin get beaten up by Canelo worse than what Derevanchenko did to him in 2019.

Murata can take a punch, and Golovkin would need to put himself in harm’s way for him to stop the powerful 2012 Olympic gold medalist potentially.

If Golovkin were younger, it wouldn’t be a big deal for him to get in the trenches against Murata, trade shots, and go the kill. He’s 40 now and took a beating the last time he fought a true contender in Sergiy Derevyanchenko in October 2019. 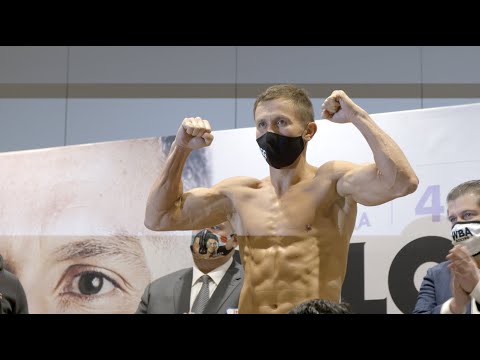 You can’t count Golovkin’s fights against Kamil Szeremeta or Steve Rolls as contests against world-level opposition because they were too profoundly flawed.

The reality is that Derevyanchenko is the ONLY true contender Golovkin has faced since 2019, and many fans feel he deserved to lose.

“If he’s aggressive with Murata and doesn’t take too many shots, maybe you’ll all say he’s ready for Canelo now,” said Sanchez. “But if he gets hit a lot and it gets to Round nine or ten, the fact a guy can carry him for that long will just put doubts in your mind about that matchup in September,” said Sanchez about Golovkin.

With Sanchez’s experience in the game, he must have doubts whether Golovkin can get through the Murata fight without absorbing significant punishment along the way.

GGG might even lose to the Japanese fighter because this guy can throw a lot of shots, making this fight a nightmare for him. Derevyanchenko’s game plan for the Golovkin was a simple one. Throw a lot of punches, and target his midsection.

Derevyanchenko landed 230 punches on Golovkin in that fight, an unheard-of number, particularly for someone with only average power. Golovkin’s face looked badly swollen at the end of the battle, looking more like the loser than the winner.

“All I will say is this inactivity has not been my fault,” said Golovkin about his time out of the ring.

It doesn’t matter who’s fault was that Golovkin was out of action since 2020. What matters is he’s missed a lot of time, and he’s likely going to be very rusty on Saturday night when he gets inside the ring with the younger fighter Murata.

It’s fair to say that if Golovkin fights at the same level as he did against Derervyanchenko and Szeremeta, he’ll lose to Murata. 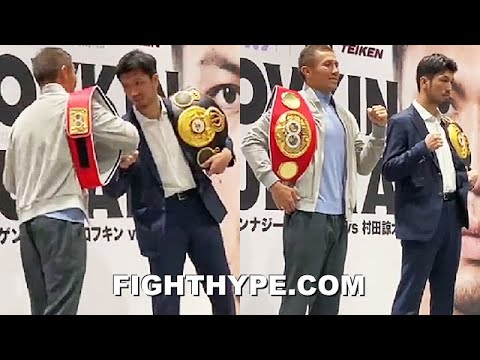