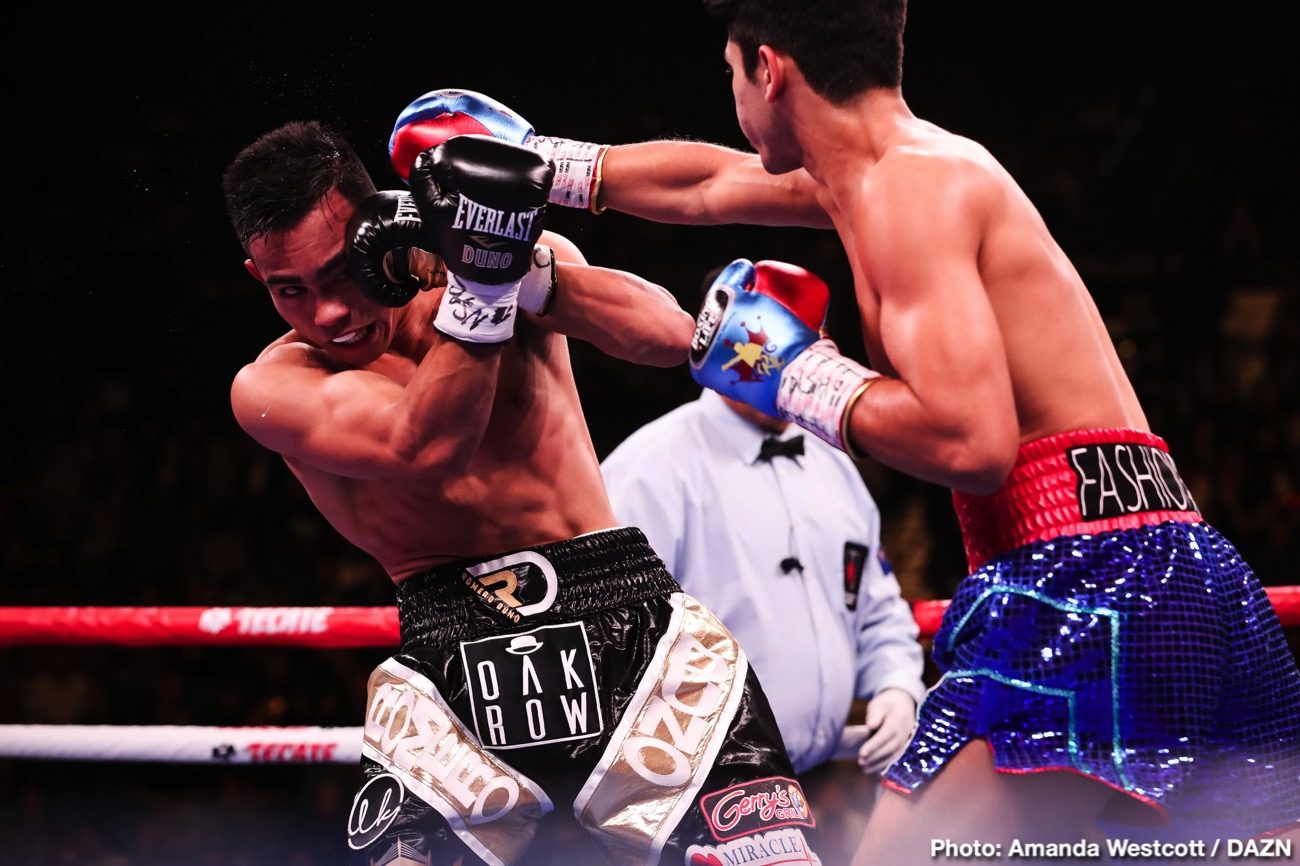 By Jack Tiernan: Popular lightweight contender Ryan Garcia surprised many fans recently with his decision to change out trainer Eddy Reynoso in favor of Joe Goosen.

Although Ryan (21-0, 18 KOs) was vague about the reasons for the change, he did say that he needed the “time” from his trainer.

Obviously, with Reynoso juggling many highly popular fighters in his stable, one of which is Canelo Alvarez, he may not have had the time to give to young Ryan.

Fighters must be selfish because they only have one career, whereas trainers and promoters will have nonstop fighters coming to them.

In Ryan’s case, he may have felt that he wasn’t being given enough time with Reynoso to justify staying with him.

Also, Canelo’s negative comments recently to the media about Ryan may have factored into his decision. If Ryan resented the things Canelo said in a recent interview, it would be understandable that he’s moving on.

Only Canelo knows why he made the comments about Ryan Garcia public. Was it jealousy on his part? It’s no secret that Ryan is highly popular on social media and has a massive following of teenagers. Canelo, 31, isn’t young any longer.

Did Canelo resent having a younger fighter almost as famous as him, if not more, in his stable? It had to have been strange for Canelo to have Ryan train at his gym and soak up so much attention.

Did Ryan Garcia sense jealousy from Canelo? You never know. When you’ve got an aging primadonna watching his potential replacement working out in the same gym, it might have caused some pangs of jealousy.

If you’re Ryan, you don’t want to be around that environment.

With Canelo’s high visibility, his remarks about Ryan were read by many boxing fans. Ryan may not have liked being openly criticized by his gym mate Canelo in this way.

Goosen has a lot of experience

“Joe Goosen, we talk a lot about the experience. Some things you don’t know until you go through them,” said Shawn Porter to the Porter Way Podcast on Ryan Garcia splitting with Eddy Reynoso.

“I think Joe is going to bring some experiences to Ryan Garcia that he may not have had before. Some different techniques, some boxing, the IQ of boxing to do certain things that I’m assuming that no one has touched on with Ryan Garcia.

“Every trainer has their style,” said Porter. “Maybe Eddy’s style is more of an aggressive attacking, setting up certain punches, and I’m speculating 100%, but maybe Ryan is looking for something different.

“He found out that he could get that from Joe. I think Joe [Goosen] is a scenario kind of guy. So he’ll probably break down all these scenarios. ‘This is what you do when this happens and kind of A through Z it, literally.

“And he’ll probably break it all down for Ryan, and kind of elementary it and make it make sense in a way that he’ll be able to see things quicker and be able to react quicker,” said Porter.

Ryan had been with Reynoso since 2018, winning five fights with the famous coach. In Ryan’s last fight, he was knocked down in the second round by Luke Campbell and looked vulnerable.

When comparing Ryan’s performance in that fight to how he fought before Reynoso took over as his trainer in 2018, he didn’t look improved.

If Reynoso isn’t helping Ryan improve and doesn’t have the time to give to him to get better, it’s apparent that he needs to move on.

This kind of thing happens with famous coaches. Once they get too many high-profile fighters in their stable, It’s challenging to find time for all of them to keep them happy.

As such, fighters move on when they feel they’re not improving under the busy coach or getting the time they desire with them.

Ryan Garcia to work on the inside?

“Maybe we should go check out the camp,” said Porter. “A lot of fighters aren’t comfortable with getting to the inside because simply put, if I’ve got a knife and I step back, you can’t touch me,” said Porter when told that Goosen likes to have his fighters battle on the inside.

“The closer I get to you, the more liable you’re going to touch me with that knife. Now, if I’m up on you, a lot of guys don’t want to be that close because they know that something is coming back.

“The first thing that comes to mind is Andre Berto doing the shoulder roll. You don’t just get it overnight,” said Porter when asked if a fighter can develop into an inside fighter quickly.

“I’m not going to say any names, but I did hear about a fighter in camp with Joe and he said, ‘Joe wanted me to fight on the inside and that’s not my fight game; that’s not what I do.’ It was a bumping of the heads.

“He’s done it and lived it, so in a lot of ways, Ryan has got a good thing coming at him because he’s got a guy that is going to be stern and really knows what he’s talking about and can help him improve and get comfortable in the areas that he may be comfortable.

“What happens with a fighter that’s not comfortable doing that, he’ll find spots in training when he wants to do it. Joe is a lot like my dad. ‘Nothing but body punches this round. That’s all your doing. I don’t want to see any f*** jabs.’ That’s Joe [Goosen] 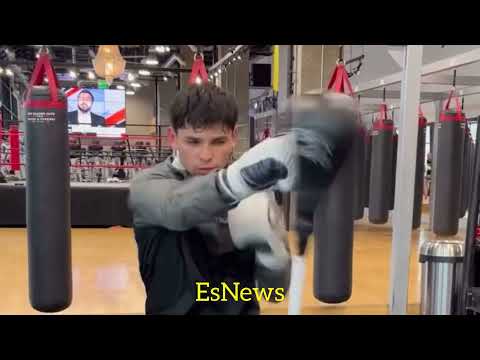