Jaime Munguia vs. D’Mitrius Ballard on February 19th on DAZN 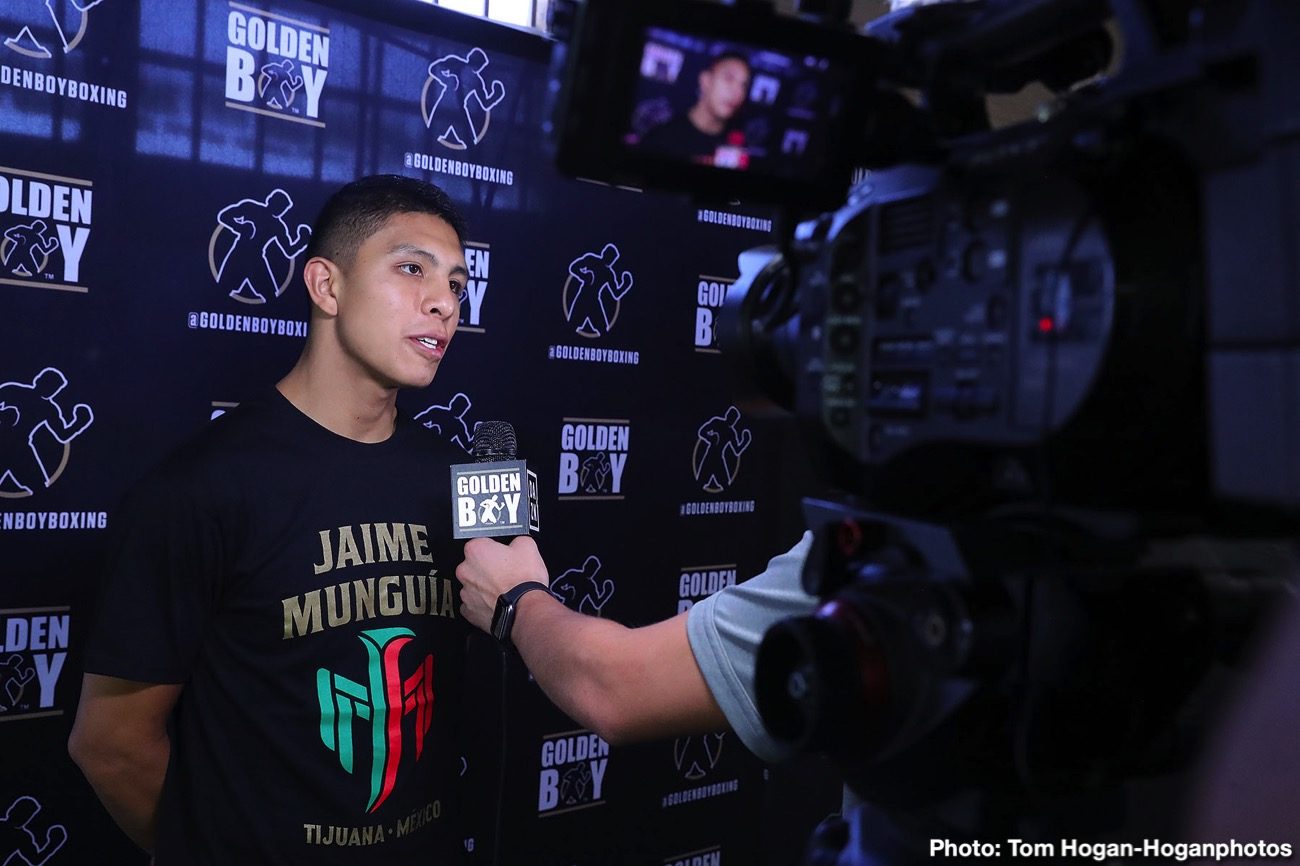 By Dan Ambrose: Unbeaten middleweight contender Jaime Munguia and D’Mitrius Ballard have agreed to a deal to headline on DAZN on February 19th.

This is another stay busy fight for the Golden Boy promoted Munguia to keep him active until he gets his big payday, possibly this year against IBF middleweight champion Gennady Golovkin.

Until Munguia gets that fight with Golovkin, he’ll likely continue to play it safe against fringe-level opposition. Ballard isn’t ranked in the top 15, so this is worse than fringe level.

Munguia can fight for a world title now

This is a strange fight for #1 WBC, #1 WBO, #2 WBA, #12 IBF Munguia to be taking because he’s ranked high enough to challenge middleweight champions Jermall Charlo and Demetrius Andrade.

Both of those title fights are there for the 25-year-old Munguia if he wanted them, but he isn’t interested. It’s obvious why Munguia doesn’t want to face Charlo or Andrade. 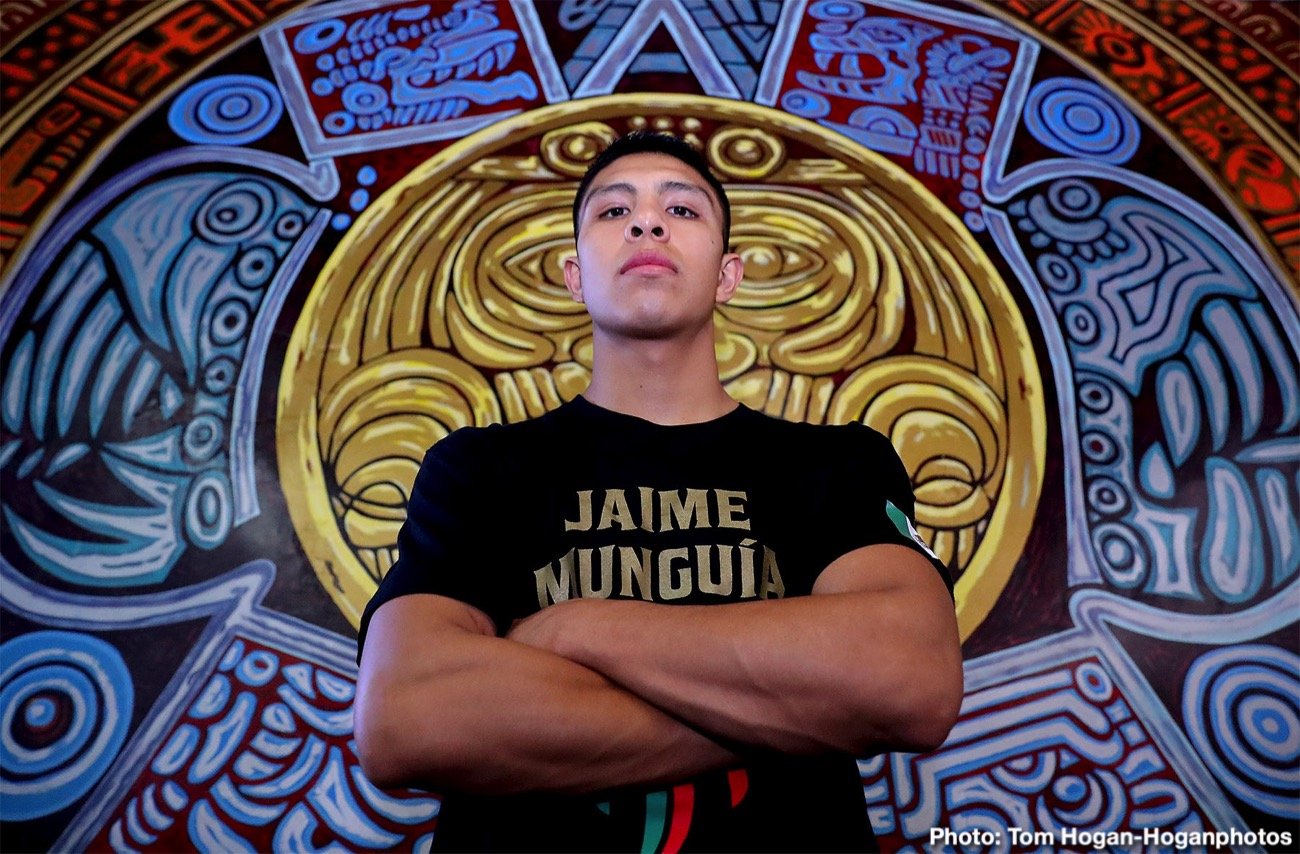 NEWS:   Gennadiy Golovkin vs. Jaime Munguia - Do fans want to see this fight?

The fight that Munguia wants is against IBF 160-lb champion Golovkin, and it can happen for him in 2022. Munguia has been calling out Golovkin, but the fight isn’t ready.

Golovkin (41-1-1, 36 KOs) needs to get his unification fight out of the way first against WBA champion Ryota Murata in March or April before taking on Munguia. The popular GGG is another fighter that could face Charlo or Andrade without any problems, but he’s not interested.

Those two would jump at the chance to fight Golovkin and make a ton of money, but he doesn’t want it. He’d rather fight easy options like Murata (16-2, 13 KOs), who has losses to Hassan N’dam and Rob Brant. In Golovkin’s last fight, he fought Kamil Szeremeta.

GGG is a match that will make Munguia a lot of money, and potential is more winnable for him than taking on Charlo or Andrade.

Jaime shouldn’t have problems with Ballard

Before that, Munguia stopped former middleweight title challenger Kamil Szeremeta in the sixth round last June. It was an excellent way to compare Munguia with Golovkin, who beat Szeremeta in 2020.

Ballard doesn’t possess the power or the experience to hang with Munguia. Unless Munguia ultimately falls apart, he should easily beat Ballard in February.

As you can see, Ballard’s management has been spoon-feeding him and not putting him in with the kind of opposition needed to raise his profile, improve him, and get ranked.

The 28-year-old Ballard has been brought along at a glacial pace by his promoters, and he’s only fought one recognizable name during his nine-year professional career in Yamaguchi Falcao.

Ballard won’t be ready for this HUGE step-up fight with Munguia on February 19th, and he’ll likely lose badly.

Jaime is not taking risks

It’s disappointing that Munguia is being brought along in a way that suggests that he’s passing up opportunities for title fights for the sake of a big cash-out fight against Golovkin.

For years there’s been talk about Munguia eventually facing Canelo Alvarez to get a big payday. Still, that fight will never happen now that the red-headed Mexican star has left Golden Boy.

Munguia would give Charlo and Andrade problems with his power, high work, rate, youth, and significantly improved boxing skills.

At this point, Munguia is going for the money against Golovkin, will be turning 40 in April, and hasn’t fought in over a year.

Ballard and Falcao fought to a 10 round majority draw in December 2019 in a fight that many boxing fans felt that Ballard should have lost.

WBO middleweight champion Demetrius Andrade’s promoter Eddie Hearn is frustrated with Munguia for not using his mandatory status to challenge ‘Boo Boo’ for his title.


« Keith Thurman firing back at his critics, says he likes “criticism”