England’s north-east turned out in thousands to support its favourite fighting daughter as she headlined the BOXXER Fight Night at the Utilita Arena Newcastle. Marshall (11-0, 9 KO’s) walked to the ring accompanied by the cheers of a capacity crowd, with hundreds of thousands more watching live on Sky Sports.

The fight was short but dramatic.

Muzeya (now 16-1, 8 KO’s) had never tasted defeat before and came here from Zambia intent on force-feeding Marshall a loss instead. There was no feeling-out process; Muzeya charged out of her corner at the opening bell and began pouring out power-shots, making clear she planned to try and put Marshall away early.

A wild first round was followed by an equally wild second, with Muzeya continuing her total-war strategy while Marshall ducked and weaved through the barrage and found places for her own shots to land.

Suddenly Muzeya began to come undone; Marshall’s blows took her breath away and rocked her focus. Attack gave way to defence, cohesion gave way to disarray: Marshall turned up the heat and Muzeya’s defence melted away.

With the Zambian girl on the ropes and taking heavy blows one after another, the referee jumped in to wave the fight off and award Marshall her second successful defence of the WBO Middleweight Championship.

“I knew she would come [at a high pace] and when I went back to the corner after the first round, Peter [Fury, trainer] said ‘Just weather the storm, she’ll die after a couple of rounds’ and, well.. she only lasted one more,” recalled an elated Marshall in her post-fight interview.

“He said just tuck up, catch her shots and just pick your own. And he was right, as soon as I went back out I started catching her and put her on the back foot, which I thought she wouldn’t do. But fair play to her because she came at me like a bat out of hell.”

In response to the support she received from her home region crowd, Hartlepool’s Marshall said, “I’m absolutely overwhelmed, I can’t get over it. At the end of the day I am still a woman in a man’s sport and to have this amount of this support is amazing. I’m on cloud nine!”

The win sets up a long-awaited world title unification showdown with American rival Claressa Shields, who burns to avenge an amateur loss to Marshall which to date is the only loss she has ever suffered in a boxing ring.

Shields joined the Sky Sports broadcast by video-call to taunt Marshall. “Congrats! See you next year, girlie. Show you what a real fighter and real champion fights like,” she jibed.

Marshall and Shields are now both set to appear on a BOXXER card in December – though not against each other. If the two win their fights on that card, it will lead to them facing off in early 2022. 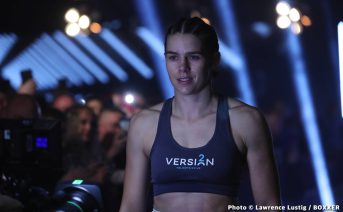 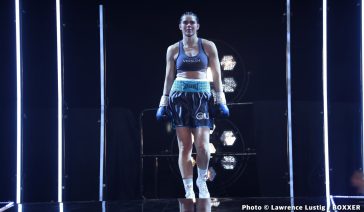 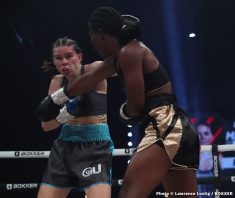 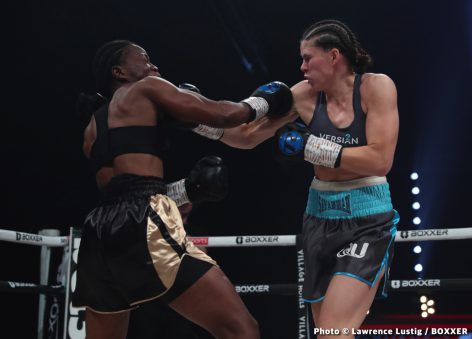 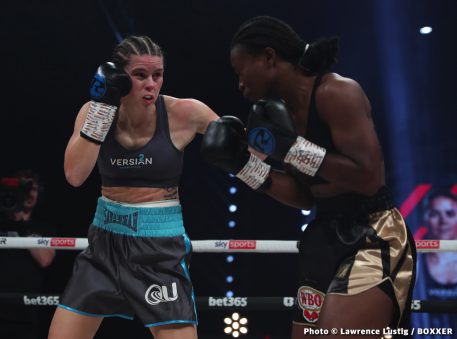 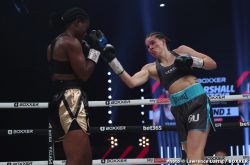 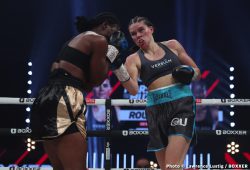 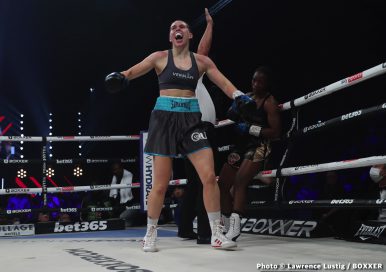 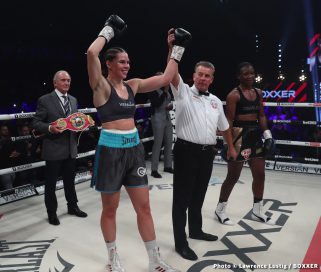