Hughie Fury (26-3, 15 KO’s) returned to form and elevated himself back into the heavyweight title mix with a victory over German gatekeeper Christian Hammer (26-8, 16 KO’s) in Newcastle this evening.

The heavy-handed Hammer aimed to intimidate Fury with forward pressure and overhand bombs, but the Manchester man weathered the storm and fired back with well-placed shots of his own. Hammer’s attempts to force Fury onto the ropes were unsuccessful, with Fury moving with a lightness belying his size and foot-working his way to control of the ring. 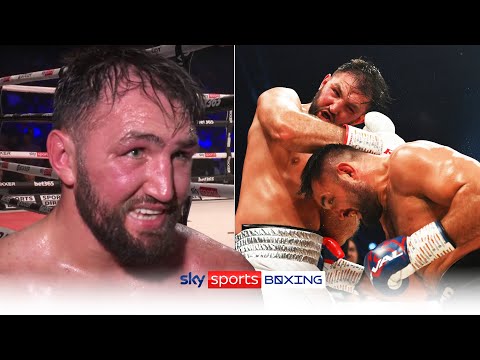 Increasingly frustrated, Hammer fouled Fury by hitting him in the back of the head repeatedly during a clinch in the fifth round. The referee deducted him a point for the foul, which prompted Hammer to go for broke and attempt to score a finish.

That effort backfired: Hammer overreached himself and tore his right bicep in the process. He was forced to retire from the fight in the interval between the fifth and sixth rounds, drawing an end to the contest and handing Fury the win by TKO.

By coincidence, a withdrawal before the sixth round also brought an end to Chris Eubank Jr’s fight against tricky challenger Wanik Awdijan (28-2, 11 KO’s).

The German suffered a suspected broken rib via a crunching body-shot in the fifth round. On his stool during the interval, he told his corner he was struggling to draw breath, leading to them informing the referee that they would be withdrawing their fighter from the bout. 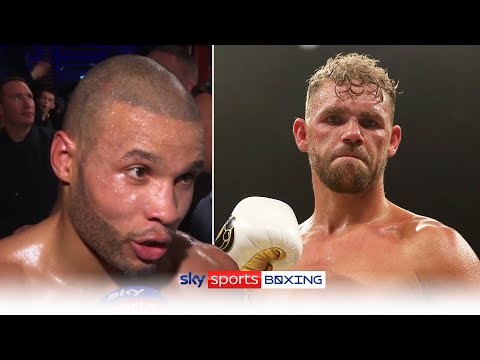 It had taken a couple of rounds for Eubank (31-2, 23 KO’s) to find his range and rhythm, but in the third round he nailed Awdijan on the ropes with a good combination and began the process of taking over the fight.

The Geordie sensation, who resembles Rocky IV Russian rival Ivan Drago, was roared on by a massive crowd who cheered every punch. Robinson moves to an unbeaten four fights with three going early.

Heartbreak was on the cards for April Hunter (4-1) as the Geordie welterweight suffered an upset loss to Kirstie Bavington (5-2, 2 KO’s).

Hunter was on home soil and had a partisan crowd but Bavington hadn’t headed north to roll over. The two met in the middle of the ring for a six-round scrap in which Hunter found herself on the back foot more often than she wanted to be, resulting in a 59-56 points win for the traveling Bavington.

Had the middleweight contest between Brad Rea (11-4, 4 KO’s) and Jez Smith (13-4-1, 6 KO’s) been a PPV, it would have felt cheap at the price. The two went to war from the opening seconds to the closing bell and put on a display which will surely be a UK Fight of the Year contender when 2021 closes out.

Smith set the pace at the start, coming forward as soon as the round started and digging stiff straights into Rea’s head and body. Rea responded in kind, immediately clicking into top gear and firing back with heavy blows of his own.

Just past the midway point of the first round, Rea put Smith down with a thunderous left hook to the body. Incredibly, Smith – evidently in agony – beat the count and returned to the fray with no less pace than moments before.

Over the next seven rounds the two exchanged heavy leather non stop, with Rea gradually edging into control and dominating proceedings by the later stage of the bout. Smith was under enormous pressure in the final round but showed the heart of a lion, taking everything Rea threw and still firing back when he could.

Rea got the nod when the fight concluded, referee Ron Kearney raising his hand and awarding the points win, but Smith’s stock nevertheless grows in defeat, underlining his reputation as a crowd-pleaser with no quit in him.

Durham’s own Georgia O’Connor (1-0) kicked her professional career off in style, taking a comfortable unanimous decision win over her more experienced Croatian opponent Ester Konecna (1-10-1), dominating the centre of the ring and scoring consistently – particularly with the long left hook – and showing the kind of polish which made her such a standout in the amateur ranks.

Middlesbrough’s Michael Webster (6-0, 4 KO’s) opened the card in a contest against Latvian veteran Reinis Porozovs (15-7-1, 10 KO’s). With his superior height, range and skills, Webster was never troubled by the Baltic boxer and looked close to scoring a stoppage win towards the end of the second round. Porozov’s corner team shared the same opinion, throwing the towel in before the third round could begin.

At the end of the evening, swing bout Mark Dickinson (1-0, 1 KO) made an immediate impact on his professional debut by smashing Ivica Gogosevic (12-38-2, 5 KO’s) with a huge left hook to the body that flattened his Croatian rival with the referee waving it off.