Teddy Atlas: Floyd Mayweather is in danger against Logan Paul

By Allan Fox: Teddy Alas believes that Floyd Mayweather Jr is in danger taking on the bigger, stronger, younger Logan Paul this Sunday in their eight-round exhibition match on Showtime PPV at the Hard Rock Stadium in Miami, Florida.

Mayweather should win this fight without any problems on paper, but he could be in for a surprise. Mayweather has gotten so old that he doesn’t resemble the person he once was.

In watching Mayweather workout on mitts, he looks glacially slow, and it’s clear that he’s lost a lot of hand speed due to his age.  Mayweather could easily pass for a 60-year-old person now, and I’m not talking about a young 60.

If this exhibition match is played like a real fight, Logan has a chance of getting to the 44-year-old Mayweather. That’s how Atlas sees it. It’s a long time since Mayweather last fought in 2017, and he looks nothing like the fighter that beat Conor McGregor.

Atlas isn’t sure if Mayweather went through a hard training camp for this fight or if he took it easy, believing he could wipe out the YouTuber Logan.

Mayweather is in danger

“They must have met Floyd’s price of $100 million,” said Teddy Atlas on his YouTube channel. “It’s a money-grab, but I think that anyone that has been in the ring taking the chances that Floyd did, they deserve to make whatever they can.

“It could be a danger here for Floyd, and I’m not saying that the athlete Paul is as a fighter or the background. Of course, he doesn’t have anything in that kind of area.

‘I know he’s giving up 30 lbs. He’s in there with a guy who is 30 lbs heavier and takes the sport seriously. The Paul brothers respect the sport enough to learn. I give him credit for that,” said Atlas. 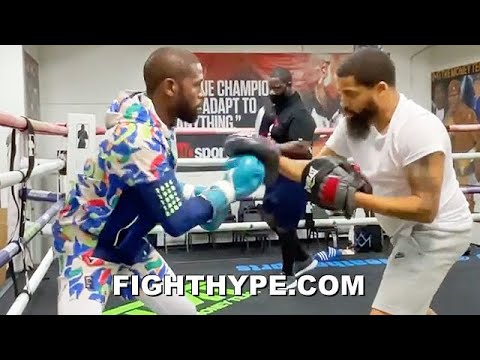 “They think it’s the same Floyd, and it’s not. I don’t know what version of Floyd it’ll be, but I think it becomes a slippery slope when you’re doing this game because sooner or later [you get beat].

“He’s a great magician. He disappears on you. He makes your punches disappear.

“When does he become the old magician, who isn’t that guy anymore, and who the cards are falling out of his sleeves and the tricks aren’t working anymore.

“I don’t know if he does, but he could. It’s possible. He punches back, he counters, he does it all with great speed, he does all these things,” Atlas said.

All bets are off when you’ve been out of the ring for four years, and you’re as physically old-looking as Mayweather is now. People forget that Mayweather looked slow and lethargic four years ago against UFC star Conor McGregor.

Now fast forward four years into the future, Mayweather looks like he’s in his last 50s, early 60s, and he’s facing a huge guy in Logan Paul. If Logan can put hands on Mayweather, he could wear him down and take him out.

Logan has the size to give Floyd problems

“He’s [Mayweather] in there with a guy that has never won a fight,” Atlas said about Logan Paul. “He’s got a draw, and he’s got a loss to another fellow YouTuber, but he’s a big 190-lb strong guy.

“He can punch a little bit, and he does know some basics. He can jab. He knows how to use his legs to stand the right way on the outside.

“He’s fighting Floyd Mayweather, but here’s the thing. Even with these kinds of fights, ‘styles make fights.’ Floyd Mayweather is a counterpuncher, he makes you miss, and he spits you out.

“He’s a 44-year-old counterpuncher. He’s going to fight a bigger, longer, taller, physically stronger guy. He’s going to stay on the outside and knows enough how to jab and move around.

“He’s [Logan] going to move around on the outside and jab. That’s not Floyd’s game is to counterpunch, to outbox you, to outscore you, not to seek and destroy,” Teddy said.

There’s no question that the hulking Logan, with his 30 to 40-lb weight advantage, is going to be a lot of trouble for Mayweather.

Logan is in his physical prime now, and he’s facing an incredibly old-looking Mayweather. Whatever Mayweather has been doing in the last four years to age himself, he needs to stop and take it easy.

As old as Mayweather is, he might break down physically once Logan starts putting hands on him. Getting hit by a guy that is as young and big as Logan Paul can’t be good if you’re in your late 50s. Let’s face it, Mayweather now looks like he’s 58 or 59

Mayweather may be out of time at 44

“It might not be Floyd’s time now at 44. There might not be enough time for Floyd to get to this guy. I don’t know if he had enough time to prepare after being off for four years. This guy is 26-years-old. Maybe he’s taking it for granted. 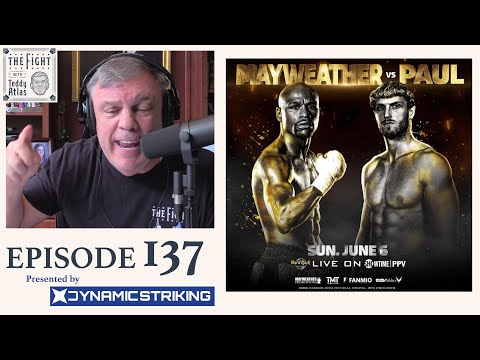 “You’re in there with a 44-year-old guy, and it’s probably going to take him four rounds to get his engine going. You’re getting some things in your favor, considering you don’t have anything else in your favor.

“In the fight that he lost, Paul, he didn’t go after it in the last round,” Atlas said. “It was a six-round fight. He lost to a YouTuber. It was a strong guy, and they were throwing haymakers at each other. They both hurt each other,”  said Atlas.

We’ve seen plenty of great fighters in the past get taken apart by younger fighters that they would have never lost to in their youth.

For example, two-time former super middleweight champion Anthony Mundine, a little older than Mayweather at 46, has repeatedly been losing against lesser opposition for the last three years.

You can’t rule out a win for Logan because Mayweather looks a lot older than 44, and he’s had years of soft living with his HUGE half-billion fortune.

With that kind of money, the last thing that Mayweather has been doing is torturing himself in the gym like he once did during his career.