By Barry Holbrook: Eddie Hearn says Anthony Joshua won’t be told what to do by the governing bodies in being ordered to fight particular fighters such as Oleksander Usyk.

Matchroom Boxing promoter Hearn says Joshua may take the fight with Usyk (18-0, 13 KOs), but he also may vacate the WBO belt if it doesn’t make “business sense” for them.

Hearn has a couple of other options that he’s looking at for Joshua’s next fight.

Presumably, those are bigger money fights than what Usyk brings to the table. Usyk isn’t someone who will attract a lot of excitement from the fans, as he’s not done anything at heavyweight to make a name for himself.

Hearn and Joshua (24-1, 22 KOs) are still steaming about losing out on the Tyson Fury undisputed championship fight, and the last thing they want is for a sanctioning boy to order them around.

“We negotiate all the time with people who sometimes aren’t entitled to a fight, and we got it again now,” said Eddie Hearn to Boxing Social. “The WBO straightaway sent a little in, ‘You’re now fighting him.’

“At some point, you want to turn around and say, ‘You know what? Why can’t we just breathe and do our own thing, but of course, he [Joshua] wants to be undisputed, and that’s why we’re considering our options.

“I think the most likely scenario is, we fight Oleksander Usyk. If the deal is right and every one is sensible, yes, I think that fight happens.

“But I’ll tell you something right now. AJ is not in the mood, nor am I to be told what to do by governing bodies right now. There is no guarantee for an undisputed fight right now.

“What are we holding onto a belt right now for? Promises, dreams, whatever. But he [Joshua] respects his belts, and he wants to honor his belts, and he’s done that for the last four years. So that’s the likely scenario,” said Hearn.

The way that Fury’s team didn’t attempt to save the fight with Joshua is a clear indication that they didn’t want it in the first place.

That’s why it could be risky for Hearn to put a bunch of energy into setting up a fight between Joshua and Fury for December.

It will make Hearn and Joshua look bad in the eyes of the Saudis if Team Fury does something to prevent the fight from happening in December. Given what just happened, Hearn would be wise to pull back and focus on setting up fights with promoters he can trust.

Joshua could vacate the WBO title

“All the other names [Andy Ruiz Jr, Luis Ortiz, and Dillian Whyte] are in play, and we will do now what’s right for AJ and no one else,” said Hearn. “We’re very close.

“I’ve got a couple of fights ready to go [for Joshua],” Hearn said when asked how much time he has before he thinks he can have Joshua’s next fight dialed down.

“But I am speaking to Alex Krassyuk [Usyk’s manager]. That is our preference. That is the fight that I think is most likely.

It makes sense for Joshua to vacate the WBO title right now because it’s not likely that he will be able to fight for the undisputed championship.

Team Fury might be wanting to hold onto their fighter’s unbeaten record and his popularity by choosing not to make the fight with Joshua.

In the meantime, they can use Joshua for clout by mentioning his name and giving the appearance that Fury will be fighting him. 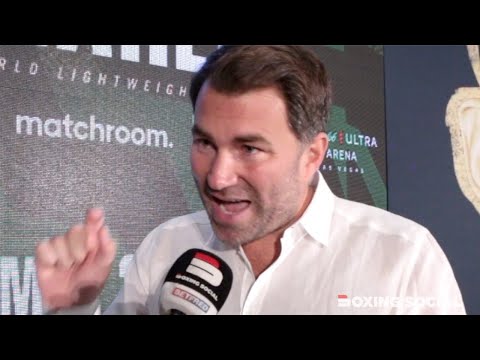 
« Gennadiy Golovkin and Ryota Murata to fight on Dec.28th in Tokyo on Dazn