This is a strategic stay-busy fight for Munguia against the former two-time middleweight world title challenger Sulecki. It’s a match that Munguia should be able to win, as Sulecki lacks power, and he’s proven to be susceptible to hard hitters.

Jaime Munguia passed up on a title shot against Andrade

Munguia passed up on the chance to challenge WBO middleweight champion Demetrius Andrade for a world title shot. Andrade would be a huge favorite against Munguia, so it was a good move by Golden Boy Promotions not to make that fight.

It’s possible that Munguia turned that fight down is because Andrade is expected to move up to 168 after he defends his WBO 160-lb title against Liam Williams on April 17th.

Once Andrade vacates his WBO belt, Munguia can move in an attempt to win the belt against the highest-ranking available contender in the World Boxing Organization’s top 10 rankings. That will likely be Zhanibek Alimkhanuly or Kanat Islam. 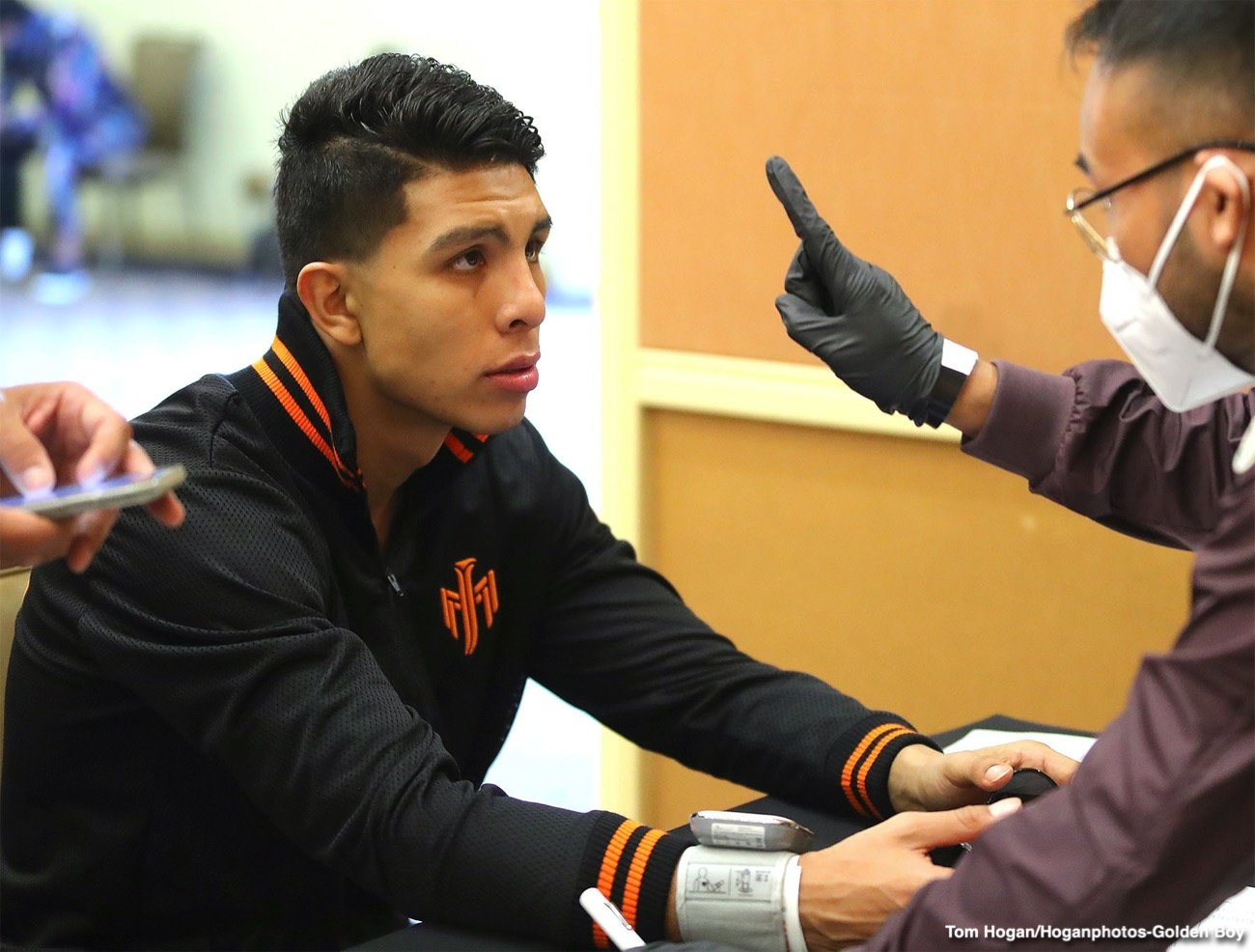 You can’t call this a step up for the 24-year-old Munguia, as he’s already been in with arguably better fighters than the 31-year-old Sulecki in the past. But DAZN agreed to show it, and it’ll be interesting for as long as it lasts.

Munguia will be defending his WBO Intercontinental Middleweight strap for the fight. What’s more important for Munguia is to maintain his #1 ranking with the WBC and WBO.

NEWS:   Makhmudov vs Aguilera added to Munguia vs. Ballard card

“There is no more exciting a middleweight in the world today than Jaime Munguia, and every time he fights, he brings huge knockout power into the ring,” said Golden Boy Promotions boss Oscar De La Hoya.

“Sulecki is a tough customer who gave Danny Jacobs all he can handle, but if Munguia can pass this test, a world championship fight is right around the corner.”

De La Hoya isn’t saying which title Munguia will be challenging for, but it seems obvious he’ll go after the WBO 160-lb belt after it’s vacated by Andrade.

It would likely be a pure disaster for Munguia to challenge WBC middleweight champion Jermall Charlo for his title. Charlo is on another level than Munguia right now.

There was talk recently of Munguia challenging IBF champion Gennadiy Golovkin, but the fight has failed to materialize. It’s unclear whether GGG didn’t want to take the fight due to the risk involved or if he has other plans.

As far as Dan Ambrose can tell, there hasn’t been ANY improvement in Munguia’s game since he moved up to 160. If Munguia faces Charlo, he won’t last long.

Boxing fans would have preferred that Munguia have a real test rather than Sulecki, who has recent losses to Daniel Jacobs and Demetrius Andrade. Sulecki did win his last fight against an obscure fighter named Sasha Yengoyan.

Sulecki can put himself in a position for a world title shot if he beats Munguia. It’s not going to be easy because he doesn’t have a lot of power, and he’s the B-side. We saw Dennis Hogan, a light puncher, lose a controversial 12 round majority decision to Munguia in 2019. That shows you how hard it is to beat Munguia by a decision.