By Barry Holbrook: Roman “Chocolatito” Gonzalez (49-2, 41 KO) has got a tough opponent that he’ll be defending his WBA Super World flyweight title against this Friday night in Israel Gonzalez (25-3, 11 KOs) at the Gimnasio TV Azteca, Mexico City, Mexico. The card will be shown on DAZN, starting at 7:00 p.m. ET.

Surprisingly, Chocolatito vs. Gonzalez will appear on the undercard of Juan Francisco Estrada vs. Carlos Cuadras. Although Chocolatito has accomplished more in his career than Estrada and Cuadras, his opponent, Israel Gonzalez, isn’t popular for him to headline.

Cuadras used to be a top fighter until he ran into Chocolatito in 2016, and his career has been sputtering since and fits and starts.

Roman’s high work-rate will be a problem for Gonzalez

Chocolatito is a volume puncher, who will be trying to outwork the taller 5’6” Gonzalez. It won’t be easy because Gonzalez fights on the outside where he uses his height and reach to get the better of his shorter opponent.

He’s lost three fights in his career to Jerwin Ancajas, Kal Yafai, and Argi Cortes. Ancajas used his punching power to slowly wear Gonzalez down before stopping him in the tenth round. 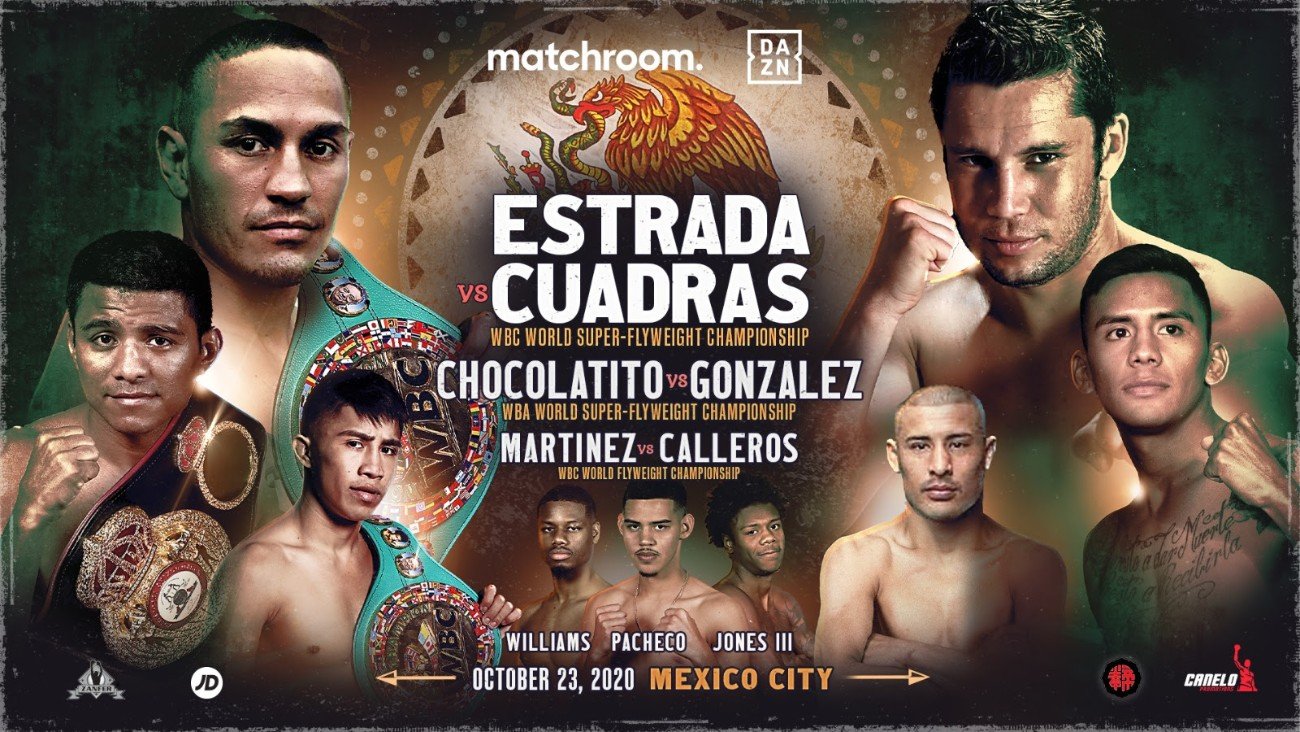 The former four-division world champion Chocolatito is choosing a potentially difficult fighter in 23-year-old Gonzalez as his adversary on the night.

Chocolatito, 33 is coming off of a hard fight against Kal Yafai last February, who he stopped in the 9th round on DAZN. That fight was close through the first six rounds. It wasn’t until Yafai gassed out in the seventh round, which is when Chocolatito came on and knocked him down in the eighth and ninth to score a stoppage victory.

That was a fight that brought Chocolatito back to his former glory at least for that match. He’s still not the same fighter he was when he was competing at 108 and 112. Those are much better weight classes for Chocolatito, as he wasn’t outsized by everyone he faces since he moved up to 115 division in 2016.

The paydays are better for Chocolatito at super flyweight than when he was fighting flyweight and light flyweight. Ideally, he should be fighting at 112, but it’s unclear if he can still make weight for that division at 33.

Roman has struggled in 115-lb division 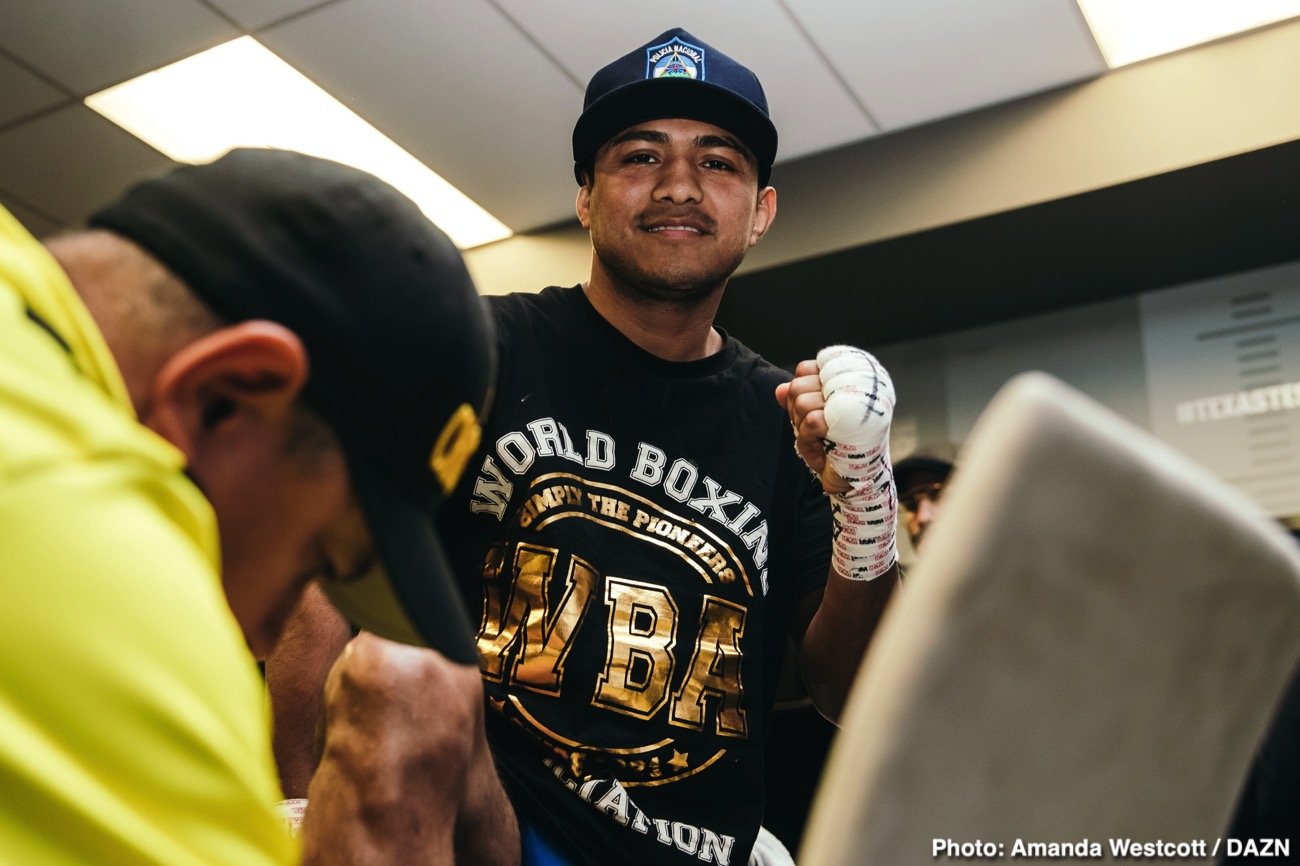 Chocolatito lost twice to Srisaket Sor Rungvisai in 2017, and he took a lot of punishment in both contests against the Thai fighter. Those fights showed clearly that Chocolatito doesn’t have a big enough frame or the mobility to get away with his fighting style in the 115-lb weight class.

Chocolatito also took a lot of punishment in his 12 round decision win over Carlos Cuadras in 2016. That was a grueling fight for both guys, not just Chocolatito.

After that fight was over, Roman’s face was so badly swollen that he didn’t look like the same person. It was thought that Roman would use that fight as a hint that he needed to move back down to 112, seeing that he’d dominated that weight class from 2012 to 2016.

The only difficult fight that Chocolatito had during that period was against Juan Franciso Estrada, who he beat by a lopsided 12 round decision in 2012. In that weight class, Chocolatito was unbeatable. He likely would still be undefeated today if he’s stayed in that division.

When Chocolatito fought Rungvisai the first time in early 2017, he appeared to beat him in a hard contest, but the judges gave it to the Thai fighter. The difference between them was a knockdown Rungvisai scored in the first round. 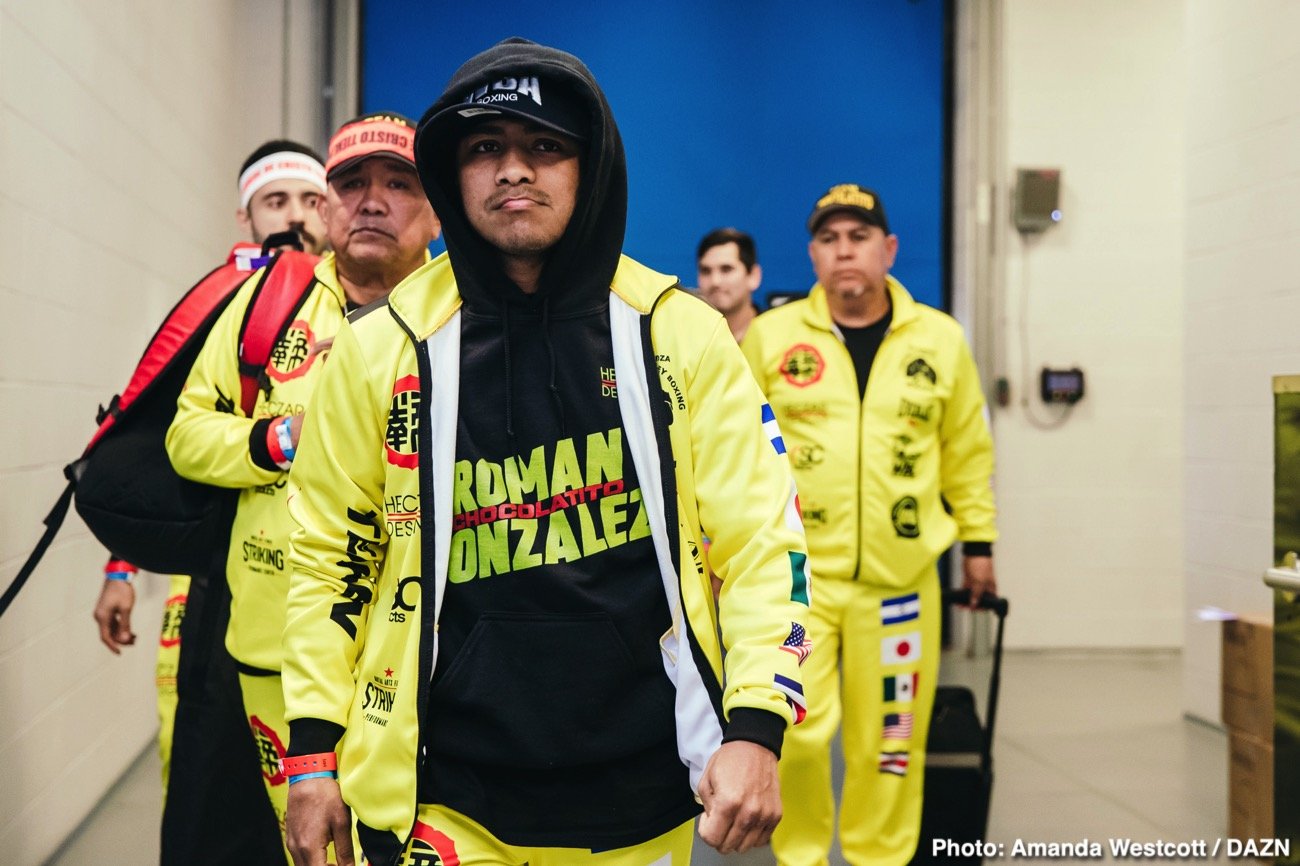 Chocolatito came on strong down the stretch and wore Rungvisai down with his high work rate. However, the fight showed that Chocolatito’s power wasn’t effective in this weight class.

He hit Rungvisai with everything that he had, and the Thai fighter grinned at him and would fire back with huge shots. The only thing that bothered Rungvisai was the nonstop punches that Chocolatito was hitting him with, as he didn’t allow him to get a breather.

In his ill-advised second fight with Rungvisai in 2017, Roman was stopped in the fourth round. Rungvisai was like a freight train in that fight, and Gonzalez wasn’t in the position at the time for another grueling contest.

In hindsight, it was a mistake on Chocolatito’s part to face a tougher like Rungvisai immediately after his war with Cuadras in 2016.

After a fight like the one Roman went through against Carlos Cuadras, he should have taken a couple of soft touches to let him regroup and get his confidence. The other mistake was for Chocolatito to remain at 115 rather than moving back down to 112 or 108.

In those weight classes, Chocolatito had no worries losing because he wasn’t facing opponents that resembled a super bantamweight like Rungvisai and Cuadras. Those guys are huge for the 115-lb division, and Chocolatito is a pumped-up 108.

Chocolatito pulled off an upset against Yafai 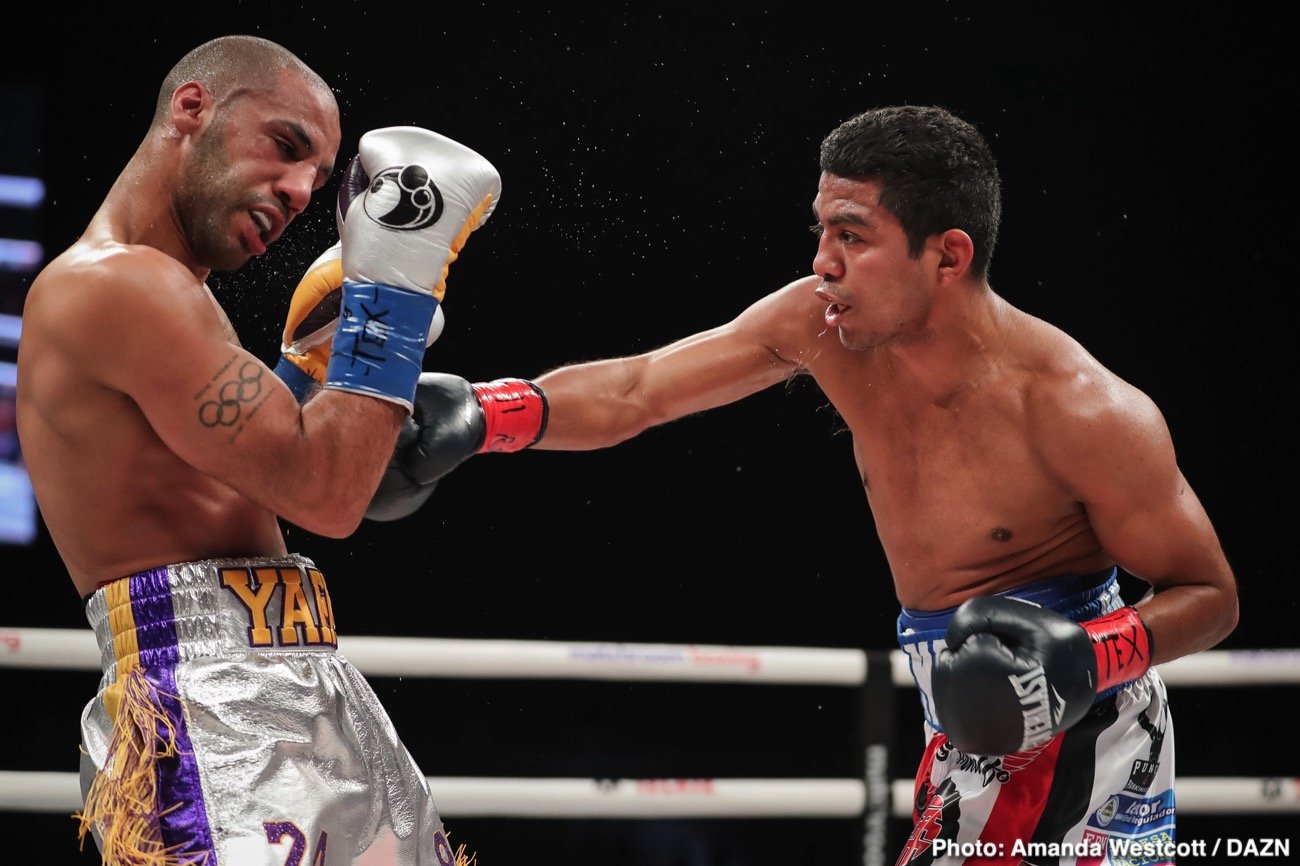 Gonzalez finally did the right thing after losing to Rungvisia a second time by taking 12 months off before returning to the ring against a non-puncher in Moises Fuentes in September 2018, and he crushed him in five rounds.

The former light flyweight Fuentes was no competition for Chocolatito just as many other fighters weren’t when he fought at 108 and 112.

Following his win over Fuentes, Chocolatito took another long layoff from boxing. This time it was almost a year and a half before he came back to stop little known Diomel Diocos in the second round in February 2019. This was the perfect opponent for Chocolatito to fight after a 15-month break.

Gonzalez had been dealing with a knee injury, which is one of the reasons for his long period of inactivity. Once the knee problem was fixed, Chocolatito came back in his old form in stopping WBA 115-lb champion Kal Yafai in the 9th round last February.

Israel Gonzalez will make it tough on Roman 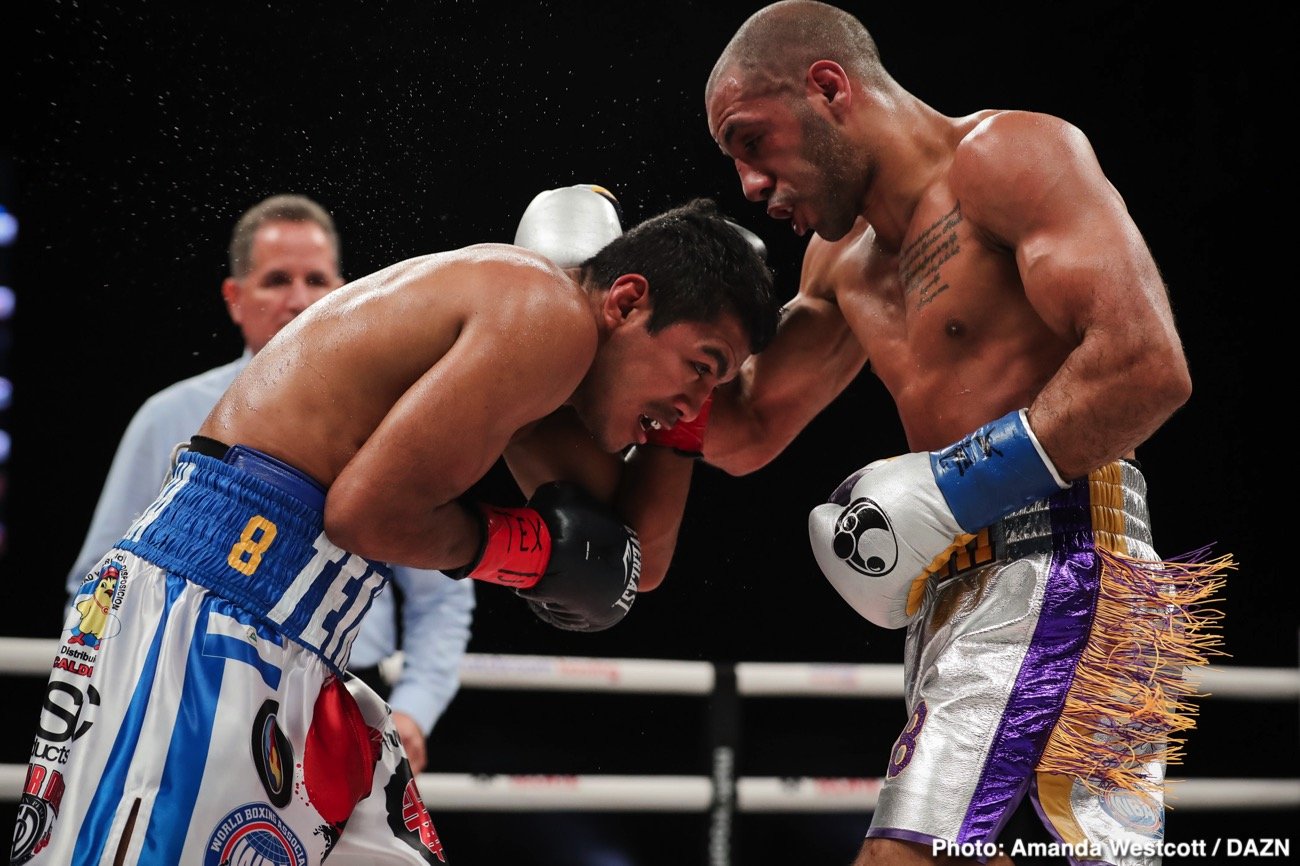 Going into that fight, a lot of boxing fans felt that the younger, bigger, and stronger fighter Yafai would be too much for Chocolatito. Indeed, Yafai was getting the better of Chocolatito in the early rounds. However, Yafai made the mistake of fighting Gonzalez on the inside rather than staying on the outside and using his size.

Israel Gonzalez has looked good lately, winning his last two fights against Sho Ishida and Jose Luis Zazueta since losing to Yafai by a 12 round unanimous decision in 2012. Gonzalez was never going to beat Yafai, as he doesn’t possess the boxing skills to beat a fighter like him.

What Gonzalez has going against him in facing Chocolatito is his low work rate. Gonzalez doesn’t throw a lot of punches, and he’s going to have problems if he can’t keep Chocolatito off of him. For Gonzalez to keep Roman bottled up, he would need to have more power and a higher work rate than what we’ve seen him display in the past.

It doesn’t appear that the 23-year-old Gonzalez is capable of changing the way he fights. Some fighters are built to be low work rate boxers, and Israel fits in that category, which will put him at a distinct disadvantage against Chocolatito. 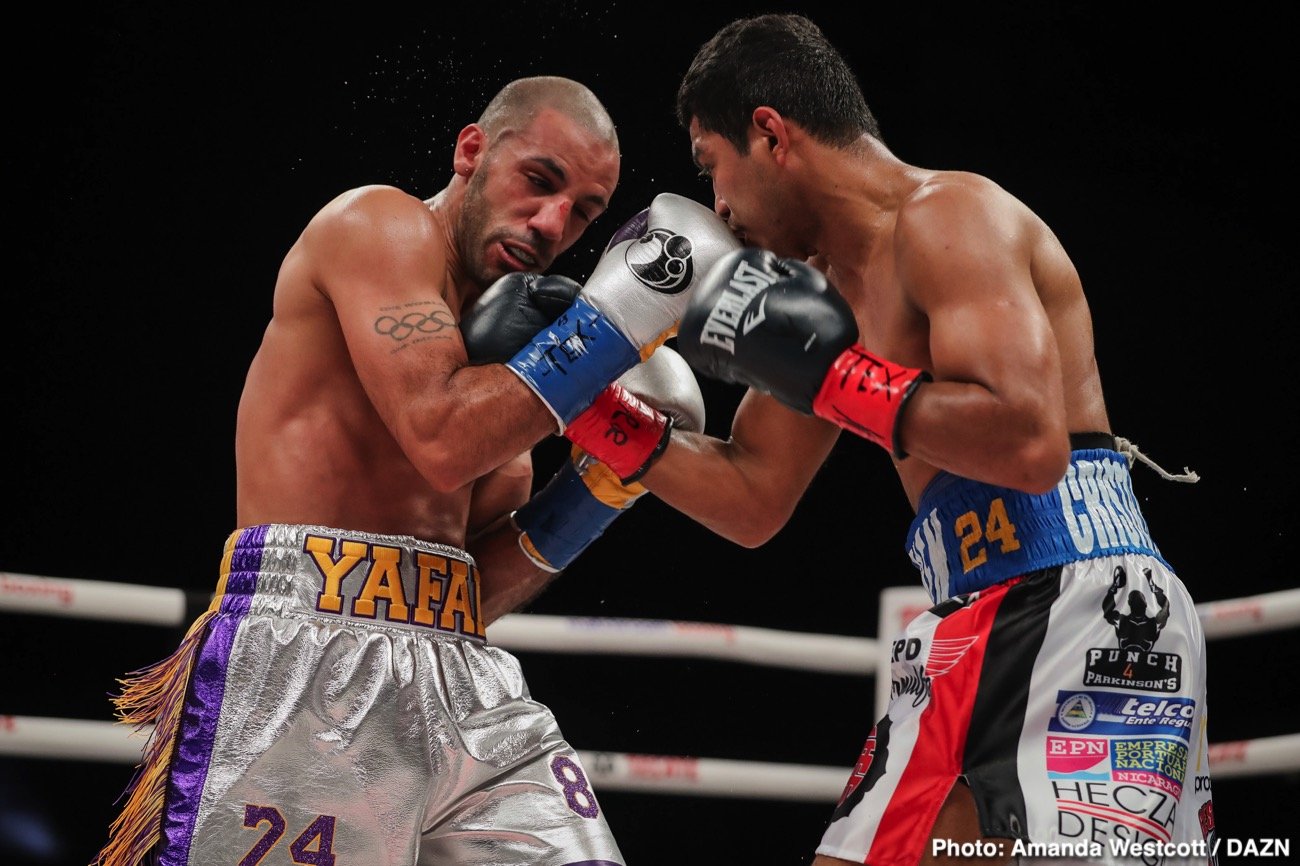 Chocolatito will ground Gonzalez down with his high work rate and score a stoppage by the 8th round. Gonzalez is a tough fighter, but he will fall apart under pressure from Chocolatito and will bury him with nonstop punches to the head and body.

We’ll likely see Chocolatito start slowly as he did in his last match against Yafai, but then pick up the pace beginning in the sixth. From that point on, Chocolatito will be relentless in hitting Gonzalez with everything and not letting him get a chance to recover.

Arum says Teofimo and Lomachenko will decide on rematch »