By Brian Webber: DAZN commentator Sergio Mora says he had last Saturday’s trilogy fight between WBC super flyweight champion Juan Francisco Estrada and Roman ‘Chocolatito’ Gonzalez scored as 12 round draw, and he wants to see the fourth match between them.

Mora says not only he had it a draw, but also his workmate Chris Mannix also scored the Estrada vs. Chocolatito trilogy match a draw.

Chocolatito (51-4, 41 KOs) ruined his chances of winning by starting slowly, giving away many rounds in the first half of the fight to Estrada for lack of effort.

When Chocolatito begin fighting hard in the second half of the fight, he dominated younger Estrada, as he’d done in their first two fights in 2012 and 2021.

It’s unlikely that the promoters for Estrada and Chocolatito will choose to do a fourth one, at least not immediately.

There’s interest in seeing these two guys fight Jesse ‘Bam’ Rodriguez, a fighter that is being pushed as the next star for the 115-lb division.

For a fourth Estrada-Chocolatito fight to make sense, Chocolatito will need to get a win or two under his belt to show that he’s still capable of fighting with the same energy & passion that he’s had his entire career.

“I think it was a draw. I think I had it right. Me and Chris Mannix [of DAZN] had it [even]. We looked down and had it a draw. We have to see a fourth one,” said Sergio Mora to Fighthype about the Juan Franciso Estrada vs. Roman ‘Chocolatito’ Gonzalez fight last Saturday night in Glendale, Arizona. 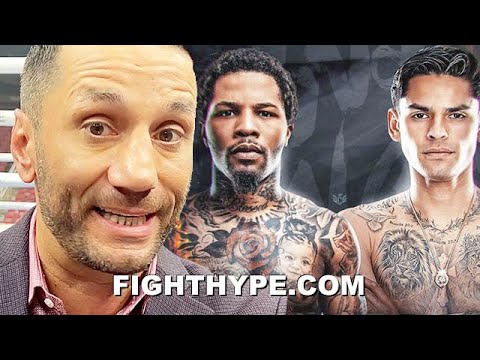 “Two other judges saw it differently. They saw it for Estrada. You can’t complain with that either. The first half of the fight was a tale of two different fights. It was all Estrada in the first half. It was mostly all Chocolatito in the second half of the fight; we just to see it again.

“We got to see a fourth. We’ve got a new version of Pacquiao-Marquez. We’re not going to be happy until we get closure, and when fighters fight enough time, you’re bound to get closure. Familiarity breeds violence, and we’re about to see it again.

“I’m not a judge, but one professional judge had it a draw. That’s how I had it; that’s how Chris Mannix had it,” Mora said about the Estrada – Chocolatito 3 trilogy bout last Saturday night.

“It was a close fight regardless; we’re not leaving satisfied. Chocolatito is 35 years old; time is not on his side. If they are going to do it again, do it next. No in-between fights. Maybe a little time off and then come back and do it again.

“The fans loved it; the crowds here loved it. It was another close, entertaining fight. Bring on the fourth.

“The fact that he had the reserve in the second part of the fight,” Mora said when asked what impressed him about Chocolatito last Saturday night.

“Fighters, as we know, get old overnight, and in the first half of the fight, Chocolatito looked like he didn’t have that passion, that relentlessness that we’re always accustomed to seeing with him.

“Usually, for an aging fighter, it’s vice versa. They start out strong and then end badly. It was backwards for him [Chocoltito Gonzalez]. So he still has fight left. It was a close fight. They need to do it again.

“You know what it is? Chocolatito said it in his post-fight interview. Show him the money. This legend deserves the money. If he goes and fights one of these younger champions, he’s not going to get a seven-figure payday that he needs or deserves,” said Mora when asked whether Chocolatito should fight Jesse ‘Bam’ Rodriguez or his brother Joshua Franco next.

“So the only money fight for him [Chocolatito] is the man that he just fought [Estrada]. So do it again,” said Mora.