By Matt Lieberman: Lightweight champions Teofimo Lopez (15-0, 12 KOs) and Vasiliy Lomachenko (14-1, 10 KOs) have signed their contracts for their unification fight on October 17, with the IBF, WBA, WBC, and WBO 135-lb titles to be n the line.

Top Rank will be making the official announcement for the Lomachenko vs. Lopez fight on Tuesday.

Lomachenko’s WBC Franchise title will be up for grabs in this fight, as the World Boxing Council has decided to have that belt at stake.

Lopez, 23, is the young upstart, a guy with fantastic power, speed, and excellent footwork. He views the 32-year-old Lomachenko as an old lion, and he’s ready to declaw him and take his WBA/WBC/WBO lightweight titles from him on October 17.

It’s going to be exciting to see if Teofimo can step into the matrix and become the second fighter to defeat Lomachenko as a professional. Teofimo has the size, speed, youth, and power on his side in this fight, but that might be enough. 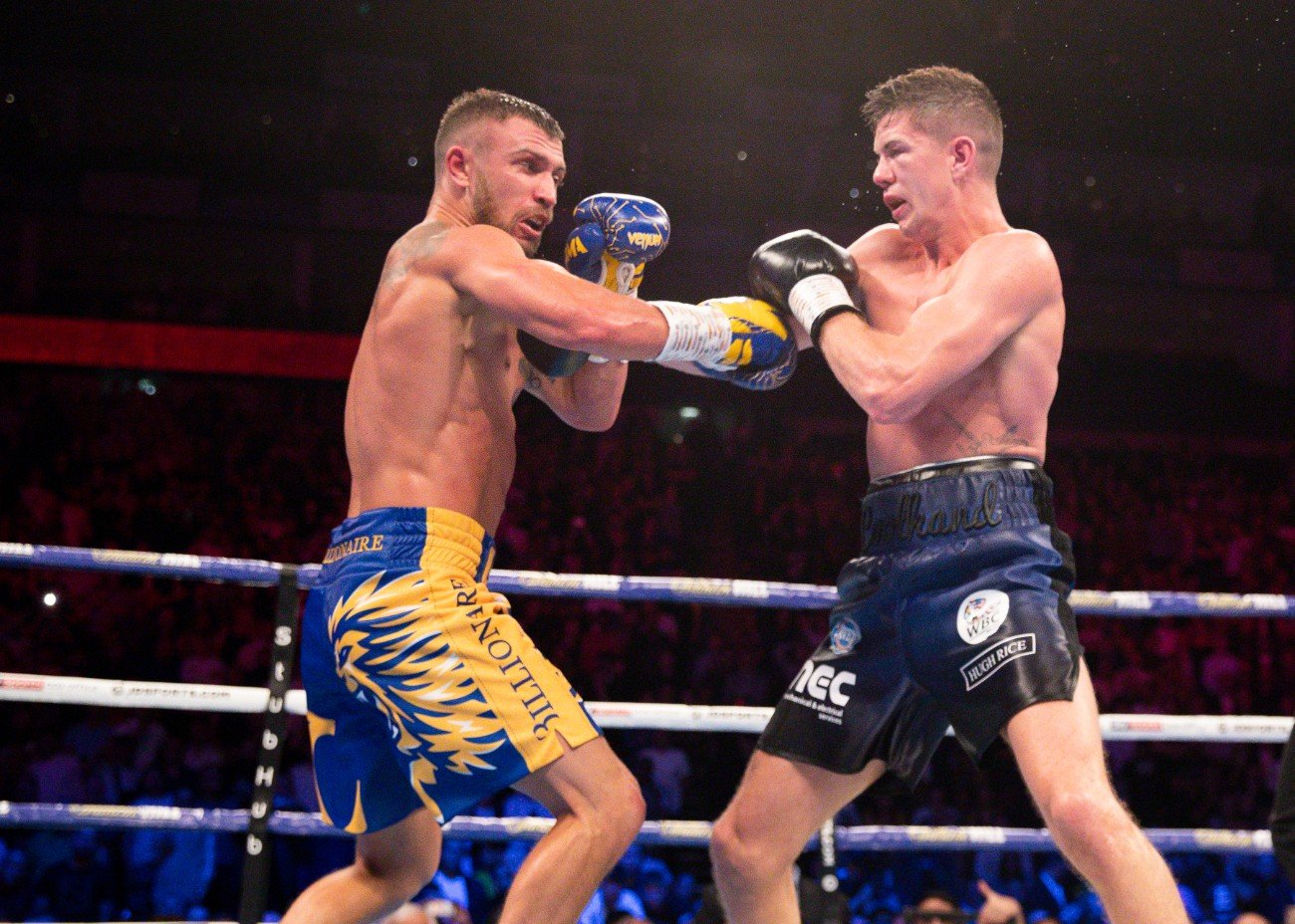 Lopez will need to find a way for him to land his shots for him to beat Lomachenko because he’s hard to hit due to his movement.

Usually, the WBC Franchise title is one that can’t be won or lost by a fighter, but the sanctioning body has changed their rules just this once.

It’s self-explanatory why WBC has decided to change its rule for the Franchise title for this fight. It’s obvious they want their belt to be on the line. If it weren’t, then it would be only three belts being fought for, and that’s less appealing.

With the WBC unlocking Lomachenko’s Franchise belt, the winner of the Lomachenko vs. Lopez fight will be the undisputed lightweight champion at 135.

WBC lightweight champion Devin Haney is likely to make a fuss about him remaining as the guy that the Lomachenko vs. Lopez will still need to face to be undisputed champion. However, only the hardcore boxing fans will pay attention to Haney, as the casual fans are confused about all the different titles and belt holders.

As long as ESPN in the States continues to market the Lomachenko-Lopez fight as being for the undisputed lightweight championship, that’ll be good enough for the average fan. It’ll be up to the winner of the Lomachenko fight to decide whether they want to give Haney, 21, the time of day.

Considering that Haney fights on a different network than Lomachenko and Teofimo, it’s likely that he’ll be ignored. With the various networks and promoters, it’s very similar to the old NFL and AFL leagues back in the 1960s.

AFL was a different league than the NFL from 1960 to 1970. Those two leagues didn’t plague against each other until they merged in 1970. For all intents and purposes, Haney is with a different club, with him being signed with Matchroom Boxing and fighting on DAZN.

Lomachenko and Lopez are both with Top Rank and fight on ESPN. Hence, that’s a massive obstacle for Haney getting a shot at the Lomachenko-Teofimo winner.