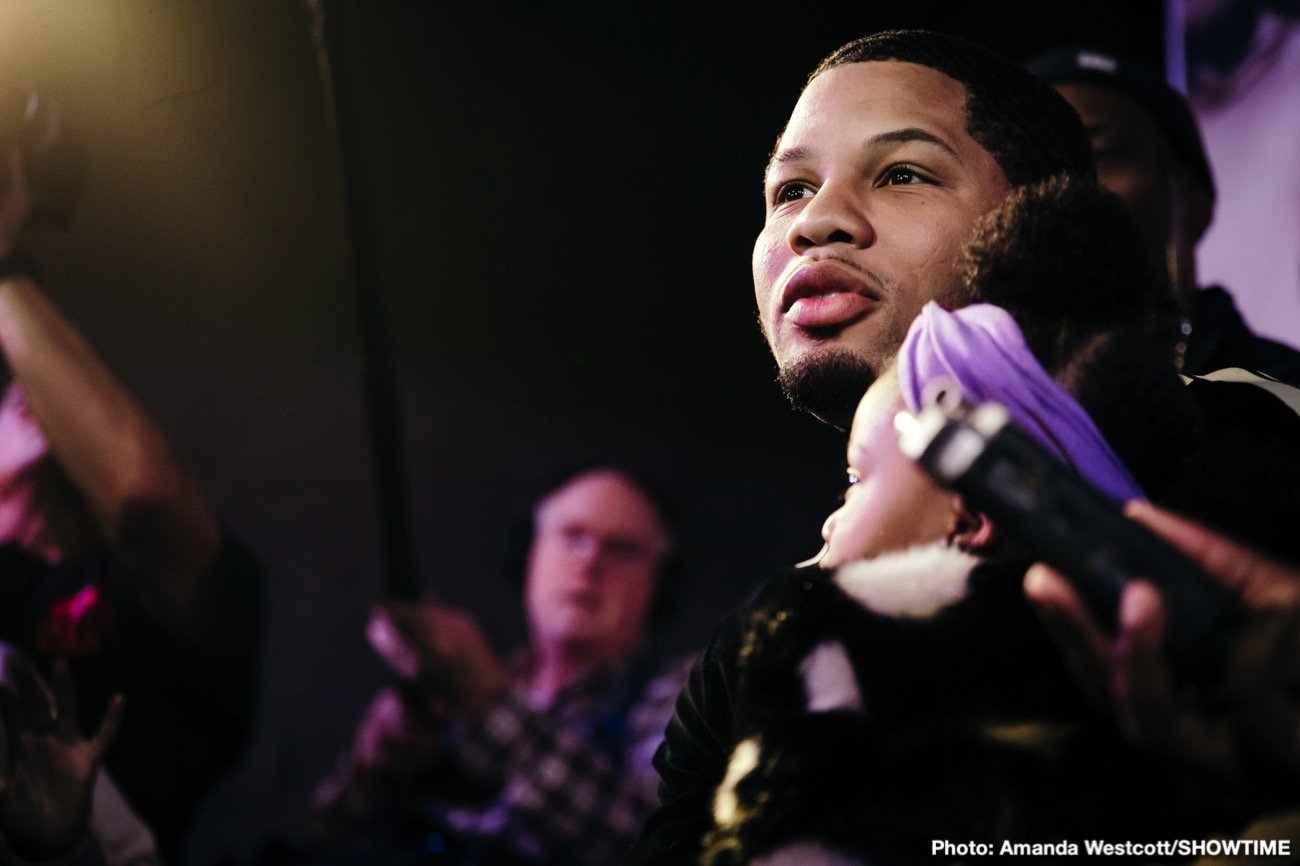 By Kenneth Friedman: Shakur Stevenson is giving WBA super featherweight champion Leo Santa Cruz a good chance of beating Gervonta’ Tank’ Davis on October 24 if he can get past the early rounds.

All the weight loss could take something out of Davis, who has stamina problems even when he’s not weight drained.

Tanks power will be a problem early

Shakur says he would like to face Santa Cruz if he beats Tank, as he thinks his style of fighting is perfect for him. Surprisingly, Stevenson wants to meet Santa Cruz more than he does, Vasily Lomachenko. 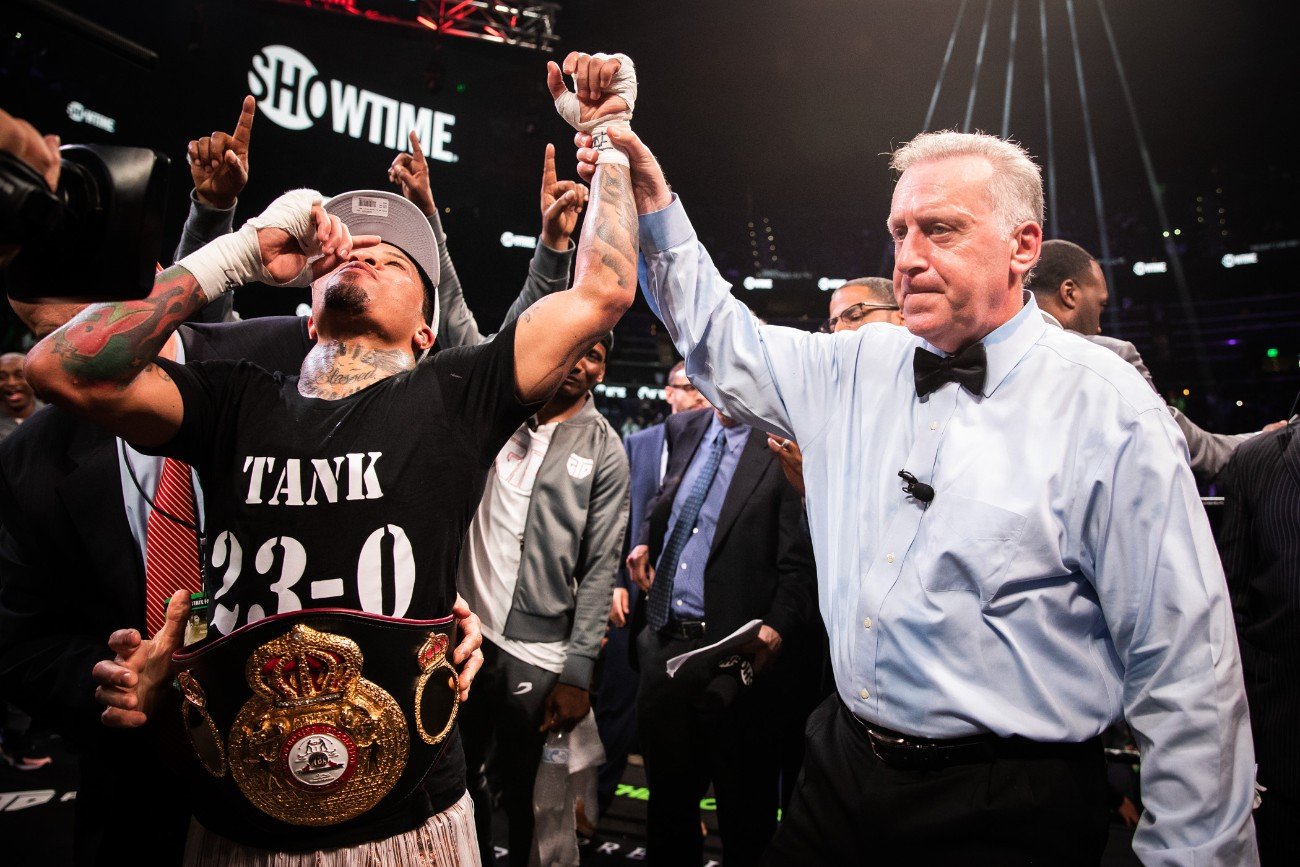 Even though Shakur would get more attention and respect if he were to beat Loma, he would still prefer to face Santa Cruz.

“I want Tank to win. It’s going to be a tough fight,” said Shakur Stevenson to Fighthype on the Davis vs. Santa Cruz fight. ‘We’re going to see. Maybe Tank will outbox him for 12 rounds, but as the fight goes on, it’ll favor Santa Cruz a little more because of the pressure.

“Early on, Tank has got the power. Tank can box too. If you don’t know that, Tank can box—it kind of favors Leo.

From the outside looking in, it favors Leo. For people that really know Tank and understand that he’s a good boxer and know that it won’t be easy for Santa Cruz down the line either.

“On fight night, I feel that he [Tank] has got all the power,” said Shakur. “He’s got the mixture of Mike Tyson and Canelo Alvarez kind. So I think he’s really explosive.

Tank has been knocking out most of his opponents in the first half of his fights since 2017, although he KO Yuriorkis Gamboa in the 12th round last December.

“I think skillfully, Tank is better than him, but Santa Cruz is always in shape,” Shakur said. “He always comes in shape. I don’t think Santa Cruz is strong enough, but I will say this.

“If Santa Cruz is strong enough to get through that fight and beat Tank, I really think it’s right that me and him fight next. I think that the next fight should be him and me.

“We already had conversations about fighting me. I feel like me, and Lomachenko can wait. That’s if Lomachenko is willing to come back won to 130. But Santa Cruz is already at 130, and I feel like if he finds a way to get through there [against Gervonta], then he needs to come to see me.

“I feel like me and him, our styles match-up. It’s like a perfect style, a pressure fighter [Santa Cruz] vs. a boxer [Shakur]. I feel like I would kill Santa Cruz.

“Maybe he’ll duck me, but we’ll see what happens. I love it, and I feel it’s perfect for me,” said Stevenson in talking about Santa Cruz’s style of fighting.

Santa Cruz, 31, probably won’t take a fight with Stevenson because of those two fight on different networks. If Stevenson had a little more popularity going for him, Santa Cruz would be interested in facing him.

Is Shakur popular enough for Leo?

It’s too early in Stevenson’s career for a fight between him and Santa Cruz being a huge one. If Top Rank can set Stevenson up with fights against Oscar Valdez, Miguel Berchelt, Jamel Herring, and Carl Frampton, he could be a big enough name afterward to face Santa Cruz.

Berchelt might beat Stevenson, though, and Valdez will be a hard fight for him as well. The fastest way for Stevenson to achieve stardom would be for him to face Lomachenko and beat him, but he doesn’t seem interested in facing him, judging by his comments.


« Eddie Hearn: Whyte can’t lose to Povetkin and still be a PPV fighter