Luke Campbell vows to “punish” Ryan Garcia for his trash-talking 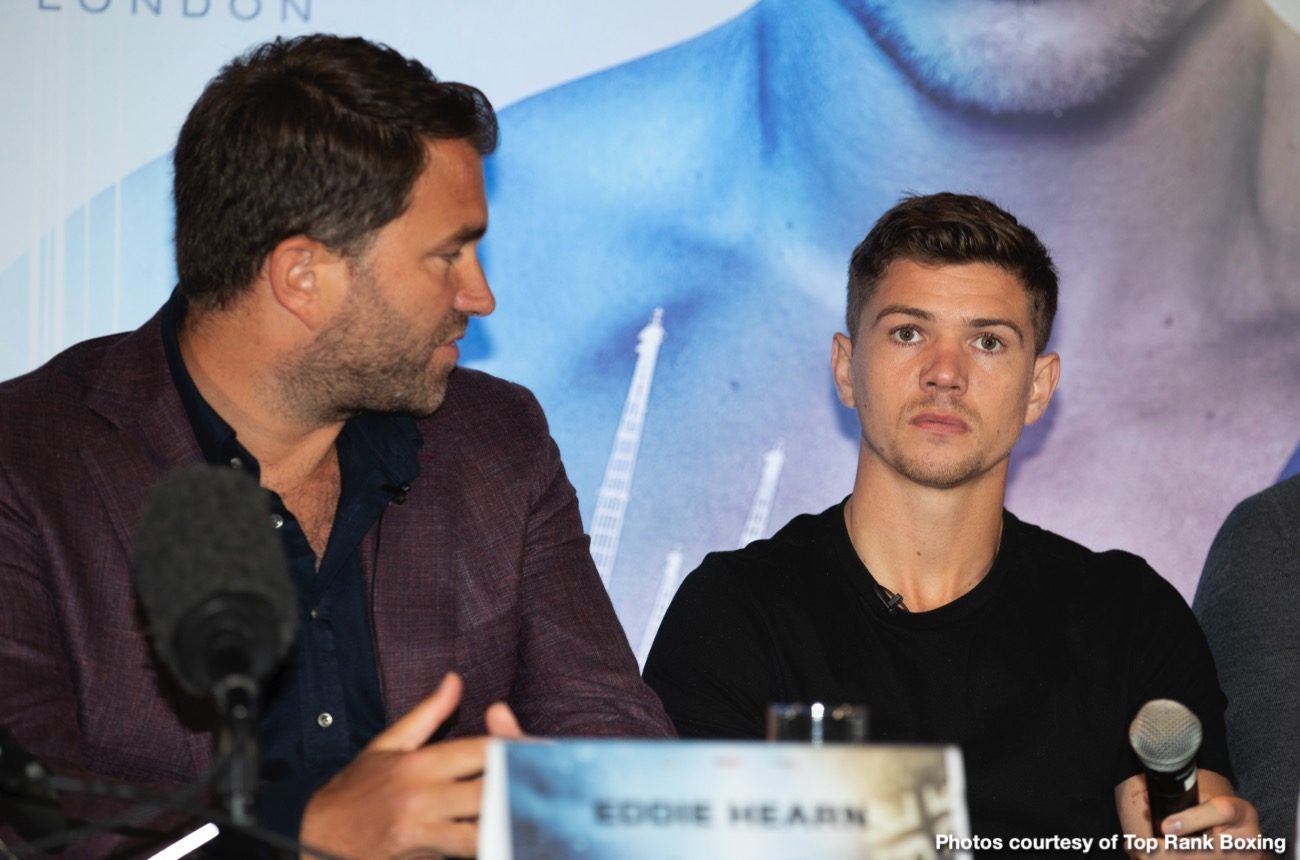 By Kenneth Friedman: Luke Campbell says he wants to make Ryan Garcia pay for his trash-talking when he faces him in November on the West Coast. Campbell (20-3, 16 KOs) intends on punishing King Ryan (20-0, 17 KOs) for the “s***” he’s been talking about him.

Ryan and Campbell will be fighting on DAZN in a WBC ordered fight for their interim lightweight belt. The winner will face WBC lightweight champion.

Campbell, 32, isn’t worried about getting robbed by the judges in California, as he feels that he’s going to fight so well that he’ll take it out of the hands of the judges entirely.

The last time Campbell fought in Southern California is September 2017 is when he lost a controversial 12 round split decision to Jorge Linares. Luke was clearly annoyed by that defeat, but there was nothing he could do about it.

The two fighters have gone their separate ways since then, and the likely only way they can meet up in the future is if Campbell captures the WBC lightweight title from Devin Haney.

Luke waiting for the official date

“I’m always training. I’m fit and strong, so it’s about getting the official date and prepping towards that,” said Luke Campbell to Seconds out. “There’s a fine line of training too hard and too early.

“When we know the date, we can put our pedal on the gas. It’s great to know I’m getting back out there and competing gat the top level. At the moment, the deal is being done without fans.

“They’re all hit and miss for the time being. We’re not concentrating on where the venue is. We know it’s going to be in America on the West Coast. That’s the main thing.

It’s good that Campbell isn’t worried about the judging ahead of time because there’s nothing he can do about it. He’s going into the U.S to fight a young star Ryan Garcia in his backyard, and he shouldn’t expect any favors.

It’s lucky for Cambell that he’s fighting Ryan during the pandemic because it would be difficult potentially fighting in front of a large pro-Garcia crowd. With all the cheering that Garcia, 22, would receive each time he threw a punch, it would be hard for Campbell to win rounds.

“If you’ve seen every interview I did after that fight, you’d see how sad and down I was,” said Campbell about his loss to Vasily Lomachenko. “After the fight, everyone was saying, ‘You should be happy with yourself. No one expected that,’ but in every interview, I was down about it.

“He can say what he wants, but when he gets in the ring with me, I’m going to punish him for all the s*** that he’s talked anyhow.

“It’s funny that he’s talked because none of them have ever stepped up. Devin Haney might be doing all the talking, but he’s never stepped up and fought anyone, and neither has [Ryan] Garcia.

“He’s never stepped up. He’s been happy to go in there and fight guys with a losing record. But like I say, what people say and what people do are two completely different things.

“I’m not interested in all these school playground arguments of what these little kids like to do. Keep talking, that’s fine. I’ll go in the ring and do what I’m going to do,” Campbell said.

Garcia said recently that Campbell is too happy about losing to Vasily Lomachenko, and he’s making it out like it’s a moral victory. Ryan believes that Campbell shouldn’t be so proud of his loss to Lomachenko, which is what it seems like to some fans.

Even if Campbell is sort of proud of how he fought Loma, you can’t fault him for that. He did a good job of losing that fight, and he should feel proud of the effort he put in.

Campbell has a lot of things going for him against Ryan, and he may have too much for him. 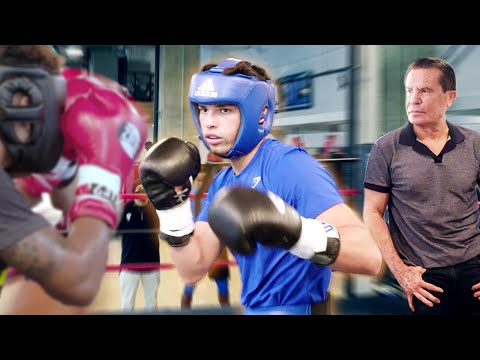 Ryan putting pressure on himself

“They’ve got where I’ve got in the sport by fighting guys that are no ones and talking a good game and yet still to deliver. Probably because I don’t chat s*** like them, they talk a lot, and they chat a load of s***. I guess that’s what sells, and that’s what gets you risen up the ranks.

“I guess nothing. His mouth does more talking than his boxing,” said Campbell when asked what his view is of Ryan Garcia’s skills.

“They’ve all got it at the top level anyhow, so it doesn’t make the slightest bit of difference to me.

“The maturity in boxing, my strength, punch power, never bit hit harder, and the boxing ability, the way I approach training and everything really,” said Campbell when asked how he’s improved. “We’ve been sparring every week.”

Garcia is going to be trying to knockout Campbell with his left hook the entire time, and I don’t think he’s going to feel the pressure.

King Ryan is ALWAYS trying to knockout his foes, and it won’t be any different with him facing Campbell. Ryan will try harder, obviously because he knows Luke is too dangerous for him to keep around for a long time.

“Haney next or whoever the top fighters are, I just want to be involved in the biggest, exciting fights there is,” Luke said. “I think that’s a fantastic fight,” said Campbell on the Vasiliy Lomachenko vs. Teofimo Lopez match.

“He hasn’t had many fights as a professional. We all know what he’s achieved. Yeah, I think it’s a fantastic fight, and I’m looking forward to watching it,” said Campbell.

The easiest fight to make for Campbell, should he beat Ryan, would be against Haney. The WBC has already set up the set the wheels in motion for the Garcia vs. Campbell winner to take on Haney.

It’ll be a lot harder for Haney to get a fight against the winner of the Lomachenko vs. Lopez fight because he already lost to Loma last year.

If Ryan can reach Campbell’s chin with one of his huge left hooks, it could be an early night. Campbell needs to be aware of that so that he doesn’t lunge in the way he usually does.

Ryan hasn’t fought too many tall guys with the rangy style that Campbell possesses, and he’s not fought anyone with his power.

Lubin vs. Gausha, Ennis vs Abreu quotes for Saturday on Showtime »