Q&A: Andrew Moloney on fighting in ‘the bubble’, Kal Yafai, Chocolatito and much more 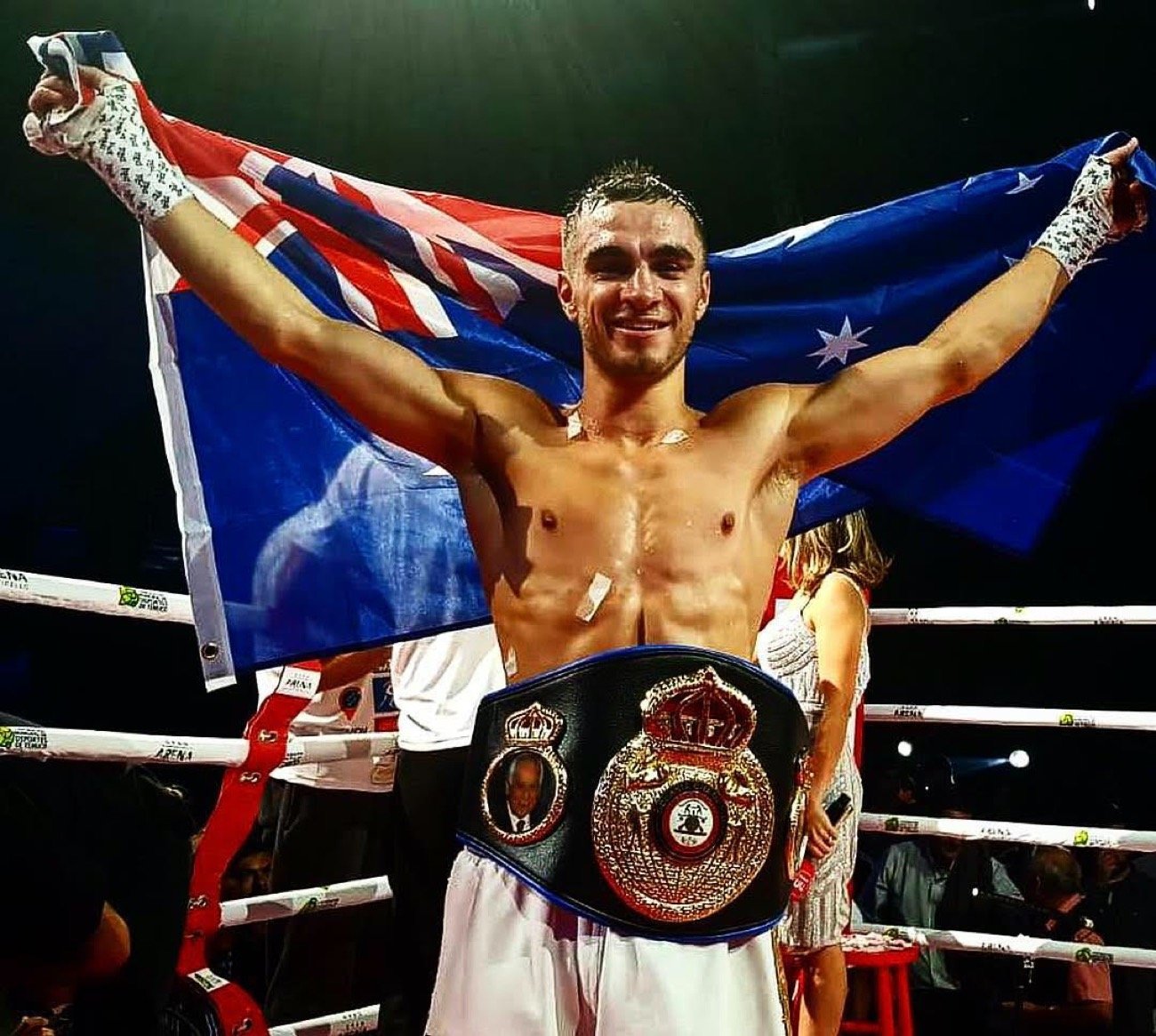 By Ian Aldous: Boxing is back. Top Rank and Bob Arum are in the midst of bringing our sport back from a period of non-existence. Later this month, as part of their bi-weekly series of shows, Andrew Moloney (21-0) will defend his version of the WBA World super-flyweight championship against Joshua Franco (16-1-2) in what’s known as ‘the bubble’ at the MGM Grand in Las Vegas. The twenty-nine-year-old Australian will be making his eagerly anticipated U.S. debut. Just a couple of days later, his twin brother and former bantamweight world title challenger, Jason will be headlining another card. I caught up with the 2014 Commonwealth Games gold medallist over the phone to chat about his career and new stateside venture.

IA: You’ve managed to travel to the U.S. despite the global pandemic; how difficult was it and when did you arrive?

AM: We managed to get over here somehow. There was obviously travel restrictions in place, but my manager, Tony Tolj worked his magic and found a way for us to get over here. We got an exemption from the Australian government. We’re over the moon! Like everyone, we thought that with the whole thing that’s going on, it was going to be a long time before we were back in the ring and at some stages, it didn’t look like we’d fight this year. But, myself and my brother Jason stayed in the gym and continued to train really hard through the lockdown, and used that time to improve as much as we could because we’re in the peak of our careers. We wanted to stay ready so that when boxing did come back, we were ready to go straight away and didn’t need a full twelve-week camp to get ready. We got over here on the 16th of May and met up with the guys at the Top Rank office and they’ve organized us to headline two big cards here: on the 23rd June I’ll be on and Jason will follow on the 25th. We just can’t wait for these fights and to fight in front of a huge audience on TV.

IA: There’ll be a hell of a lot of eyes on you which is only a good thing. Your canceled fight with Israel Gonzalez was going to be your U.S. debut pre-pandemic. How tough to comprehend was that?

AM: Yeah. It was heartbreaking. I’d put in a really good training camp for that fight. We were due to fly to America two days before we got the phone call to say all the fights had been canceled for the next months. The positive was that I’d already put in a good training camp and was already really fit. I continued to stay in the gym and kept that high fitness level. It looked like it would be a long time before we fought, but it turns out now it’s only been two months, so I’m lucky I stayed in the gym and just basically had a really long training camp. It’s all worked out in the end.

IA: I thought Gonzalez gave Kal Yafai a really tough fight (UD win for Yafai – November 2018 in Monaco) and possibly even beat him. You’d been chasing a fight with Yafai for years and that fight was your opportunity to show you’re better than him against a common opponent. Do you agree?

IA: Will your fight with Franco be title or non-title?

AM: I’m defending my WBA (regular) World title. It’ll be my first defence headlining at the MGM which is just a dream come true. There’s not going to be any crowd in attendance but it’ll the biggest audience I’ve fought in front of in terms of TV viewing. I know there’s going to be a lot of people watching me fight because there hasn’t been boxing on for such a long time.

IA: Going back to Kal Yafai: he was a guy you’d chased for so long. Were you almost a little bit disappointed he lost to Chocolatito (Roman Gonzalez) and it wasn’t you that beat him? What were your thoughts on that fight?

AM: We chased that fight for so long and one of the reasons why was because I was so confident I’d beat him. Watching that Chocolatito fight; I was a bit frustrated it wasn’t me in the ring with Yafai because watching the way that fight unfolded just made me even more confident I would have done the same thing to him. It’s a bit frustrating that the fight never happened. Now it could probably work out for the best. I don’t want to overlook Franco, but the way things are looking, it could end up being that I fight Chocolatito instead of Yafai which would be a dream come true to share the ring with him.

IA: That was going to be my next question: do you expect that fight next after this?

AM: At the moment, I don’t want to look past Franco, but the Chocolatito fight is definitely a fight that excites me a lot. The WBA have mentioned that I will be his next opponent, so we’ll look at that after I get this fight out the way and beat Franco. Fighting Chocolatito and beating him can change my life and do huge things to my career.

IA: You and Jason had so much success in Australia and built a domestic fan base. You’re both with Top Rank now and I’ve seen how busy you are currently with media work and interviews. How are you finding that sort of thing?

AM: It’s been a while since we signed with Top Rank. They did co-promote our last fights in Australia, but this is our first time fighting on a proper Top Rank card over here in America and I’m just really excited about it. Even the venue and the way they’re promoting these events behind closed doors. The venue looks awesome and I’m just looking forward to fight week and the buzz of fighting on such a huge card. Having such a huge audience watching is really exciting for us. As you said, coming from Australia we’ve had some big fights but not a lot of people have got to see that around the world. Now is the opportunity to really impress and show people what we can do.

IA: You’re also an accomplished amateur and you claimed a gold medal in the 2014 Commonwealth Games. But, am I right in saying, I’m sure I read this somewhere, that you lost your first seven amateur fights because I could not believe it?

AM: (laughs) Yeah, that’s correct. I lost my first seven and then things started to change. At that stage when I lost those fights, I was still playing football and that was my main focus and I was boxing on the side and training two or three times a week. After I lost my first seven, I decided I’d had enough of losing (laughs) and I wanted to make some changes. I stopped playing football and started to focus 100% on boxing. I started training six times a week and the results changed pretty quickly. I went on a big winning streak and made the Australian team a few years later and represented Australia from 2009-2014, (I) went to three World championships and two Commonwealth Games and won the gold in 2014 which was the perfect way to end my amateur career and go to the professionals.

IA: So, if someone had said after those seven fights that in 2020 you’d be going to America to defend your WBA championship, what would you have said?

AM: (laughs) I would have laughed at them! You always have that hope of defending world titles and headlining cards in America, but it seems so far away when you’re fighting on small shows in Australia. You don’t really step back and look at it that much while you’re in the moment. If someone had said to me, even three or four years ago, that you’re going to be defending your world title at the MGM Grand headlining a card on a Top Rank show, signed to Top Rank and 21-0 – I probably would have laughed! We’ve got an amazing team around us that have made it possible and made it happen. I’ve just trained hard and dedicated myself and it’s fallen into place.