By Allan Fox: Devin Haney spent Memorial day hanging with Floyd Mayweather Jr. attending his party. Mayweather showed off his world title belt collection to Haney while jetting him around on his private jet.

Haney is currently signed with Matchroom Boxing USA, but with him now hanging with Floyd, it won’t be surprising if he moves offer to Mayweather Promotions one his contract expires.

Mayweather can train Haney, but that’s not going to turn him into a superstar. Haney lacks the hand speed and reflexes that Mayweather possessed during his prime. Haney has excellent technical ability, but he’s a weak puncher and considerably slower than Teofimo Lopez and Ryan Garcia in terms of hand speed.

Just how far a weak puncher with slow hands can go in the 135-pound weight class is the big unknown. Thus far, Haney hasn’t been exposed, thanks to the match-making done for him by his promoter Eddie Hearn. But when happens when Haney is put in with a good fighter like Teofimo, Ryan Garcia, or Vasiliy Lomachenko? Hanging around Mayweather isn’t going to help Haney beat those fighters.

Unlike Mayweather, Haney gets hit, and he’s still facing mediocre opposition. In Haney’s last fight, he had a hard time beating Alfredo Santiago by a 12 round decision last November. Haney won the fight, but the bigger Santiago hurt him. 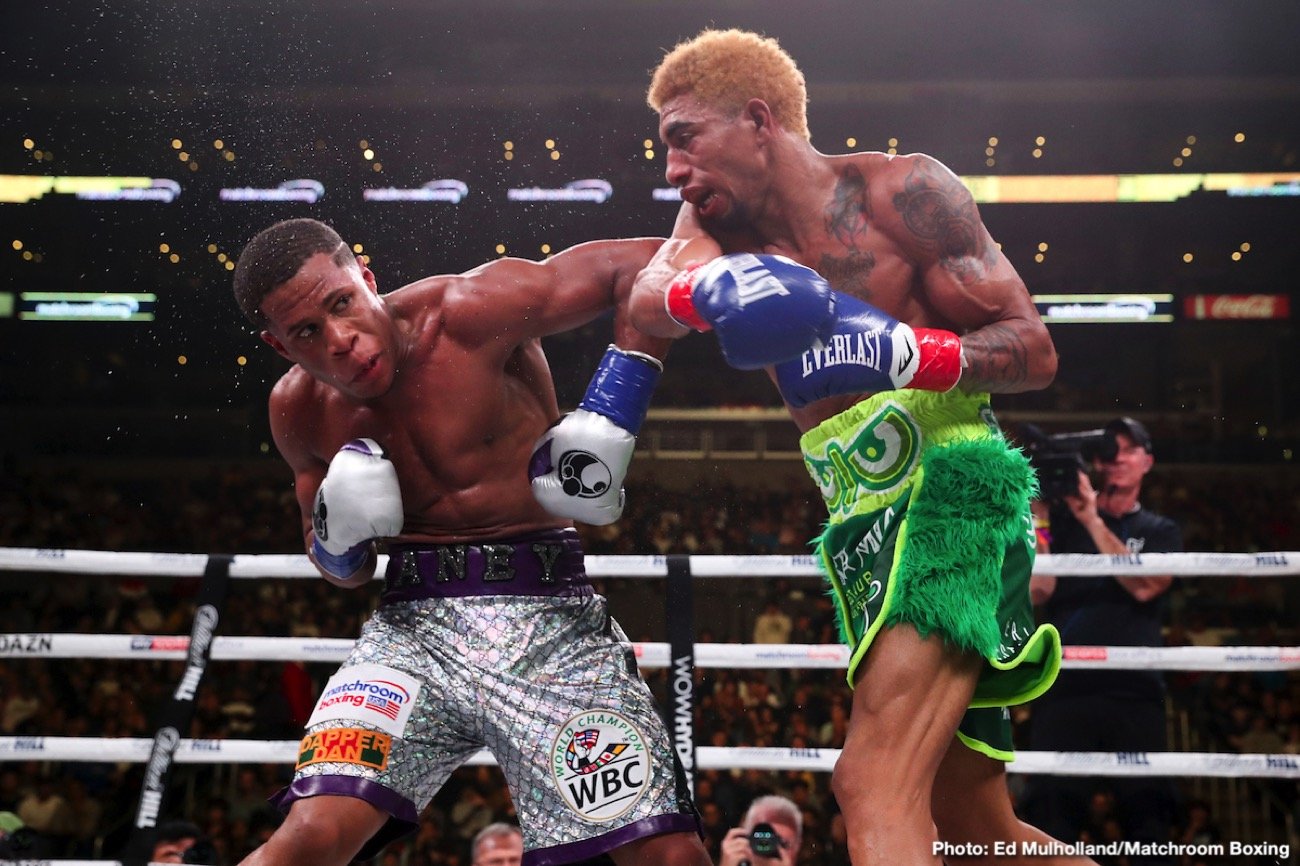 Haney is eager to battle IBF lightweight champion Teofimo Lopez (15-0, 12 KOs) in a unification clash, but it looks like he’s got other ideas. Teofimo, 22, plans on taking a bigger fight against WBA/WBC/WBO champion Vasiliy Lomachenko next.

It might be just as well that Haney doesn’t fight Teofimo anytime soon because he’s not as big, powerful, fast, or as developed as him. Teofimo looks like a welterweight and a powerful one at that. Unfortunately, Haney doesn’t possess all the attributes that Teofimo has going for him, and he might not ever develop into that type of fighter.

Some believe that Haney has replaced Gervonta ‘Tank’ Davis as the fighter that Mayweather is grooming for greatness to be the next massive star in the sport of boxing. If that’s the case, it’s debatable whether Haney has the same talent as Tank. However, Haney does seem greater motivation than the 25-year-old Tank (23-0, 22 KOs), who has put on weight in between fights.

Matchroom promoter Eddie Hearn wants to match Haney with Luke Campbell (20-3, 16 KOs) in his next fight or Ryan Garcia. Hearn would prefer Ryan (20-0, 17 KOs) to fight Haney next, but he’ll be happy with the 32-year-old Campbell. That’s the more doable fight. 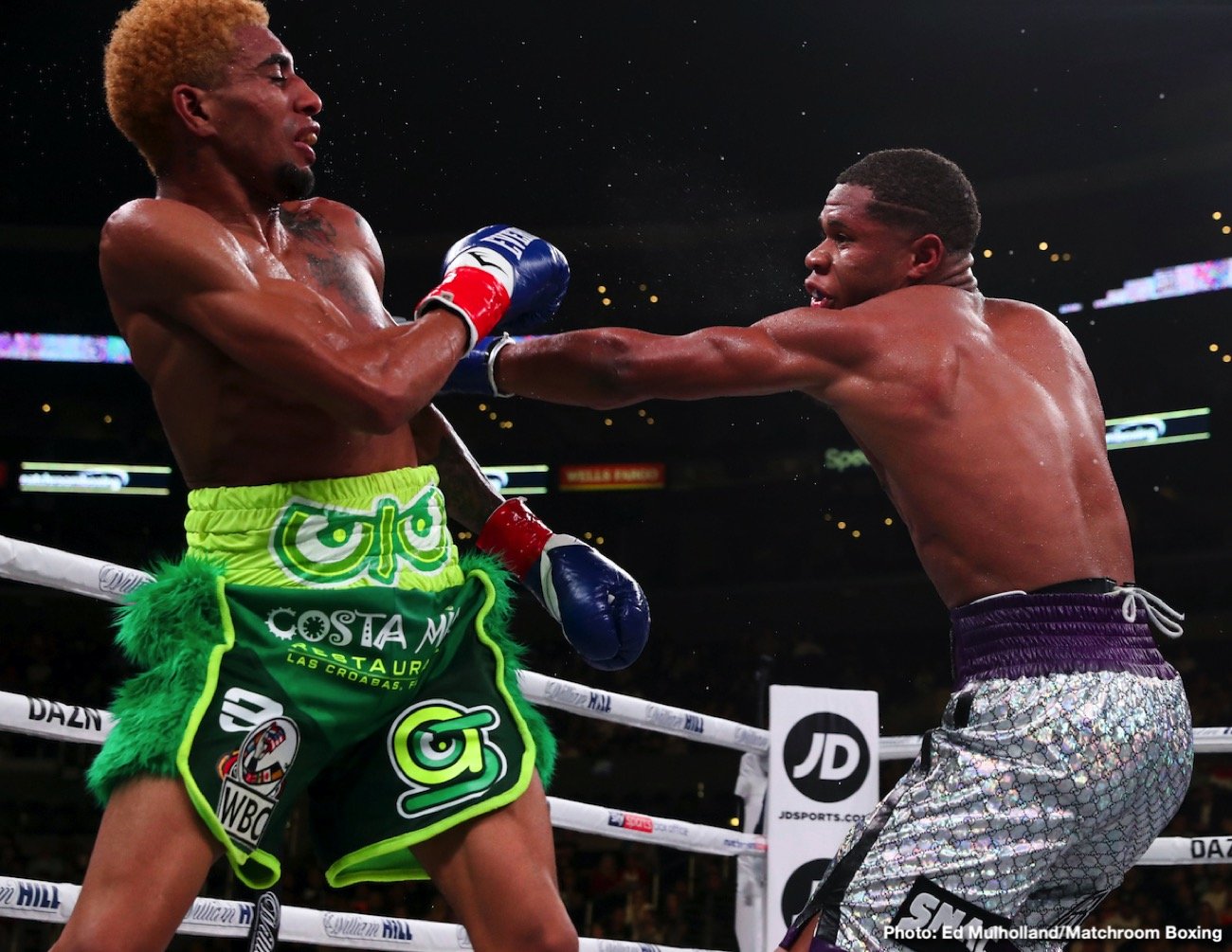 Is Haney the next Adrien Broner?

We saw how Adrien Broner’s career has ended up after he was viewed as the next Mayweather. Will Haney wind up like Broner when he hits his 20s or early 30s? Winning world titles in four divisions is a great accomplishment for Broner, but he never fought the cream of the crop in winning those belts.

The criticism that Haney is getting now is he’s a two-time email world champion. In other words, the World Boxing Council TWICE gave him their WBC lightweight title outside of the ring without Haney needing to beat anyone to win their belt.

If this is the start of Haney turning into the next AB, then that would be a disappointment. Mayweather seems to view Haney as the next star, but he might be better off focusing on Tank Davis, who appears to have the real goods to achieve stardom.