David Haye: ‘Joshua has the tools to beat Fury’

By Charles Brun: David Haye believes that Anthony Joshua has the boxing tools in his arsenal to defeat Tyson Fury to hand him his first career defeat. Of all the heavyweights on the planet, only IBF/WBA/WBO heavyweight Joshua (23-1, 21 KOs) has the talent to beat Fury (30-0-1, 21 KOs) if he can get in mid-range to land his shots.

Although the 6’9″ Fury is hard to hit, it’s not impossible to land on him if you’ve got more than a right hand. The reason Fury beat former WBC champion Deontay Wilder (42-1-1, 41 KOs) is because the American only had one weapon in his toolkit, and that was his explosive right hand.

For that reason, it was easy for Fury’s new trainer Sugar Hill Steward to train him in how to neutralize Wilder’s right hand. Against Joshua, it’ll be more difficult for Fury to try and stop all the different weapons that he has at his command.

If Fury takes away Joshua’s right, he’ll hit him with his powerful left. If Fury can take both of those weapons away, he’ll have to deal with Joshua’s jab, which is far better than his pawing jab.

Fury must beat Joshua to become #1

“I believe that is 100% correct and it works vice versa,” said Haye to Boxing Social in reacting to Joshua’s comment that Fury needs to beat him to become the #1 heavyweight. “Anthony Joshua needs to beat Fury to prove he’s #1 also. So he’s [Joshua] right, yes. Dead right.

“They both have to beat each other to show who’s #1 because right now, it’s down to opinion. Fury has the WBC and Ring Magazine belt, and Anthony Joshua has the WBA, WBO, and IBF title and IBO titles. So, yeah, they got all the belts.

“It’s all opinions. Fight each other, and then we find out officially who number one is. Anthony Joshua is 100% correct. Tyson Fury needs to beat him to prove he’s universally undisputed #1, and so does Anthony. So it works both ways. It’s good to know that Anthony Joshua is calling out Fury because he wants to prove it.

“Both fighters in their heart believe they’re number one, and they’re willing to do it. That’s a good place for boxing. I think in 2021, we’re going to see that fight. It’s probably the most significant heavyweight showdown ever.

“It’s going to go down, and what a great way to round off the heavyweight division. Finally, has there ever been a heavyweight with all the belts?” said Haye.

The winner of the Fury vs. Joshua fight will prove that they’re #1 temporarily, but they’ll soon need to beat other heavyweights like Dillian Whyte, Daniel Dubois, and Andy Ruiz Jr. to stay #.

Only Joshua has weapons to beat Fury

“I don’t think there’s ever been a heavyweight champion with al the belts? In the four-belt era, as far as I know, Lennox [Lewis] never had the WBO. This is the first time ever that all the belts will be together. That’s it, the end of the story. We get a #1. That’s it. Then we have the undisputed lineal #1 champion with no questions asked—what a great place to be.

“He’s the only guy with the tools to do it. If he lands his shots on Fury with the way, he’s been put down before. His chin looked good the last time out [in the rematch with Deontay Wilder]. Anthony Joshua is a master boxer as well,” said Haye.

Joshua’s power and size makes him a huge threat to Fury, who doesn’t have the greatest chin. Although Fury survived Wilder’s hard shots in their rematch last February, he didn’t get hit that much. If Joshua can land his shots on Fury with any regularity, he’s going to have a chance at knocking him out.

Fury will need to focus a great deal on his defense if he doesn’t want to get caught by Joshua, and he might not be able to do much on offense. If Fury comes out aggressively against Joshua like he did with Wilder, he’s going to have problems.

NEWS:   Anthony Joshua: "If Oleksandr wasn't a lefty I would have smoked him"

“I think people are underestimating his boxing skills, and they’re underestimating him,” said Haye of Joshua. “He hasn’t been boxing as long as Fury, so he’s still learning. I can see Fury out-boxing Joshua long on the inside, but I can see the middle range with Joshua letting his hands go. He throws such crisp shots.

“The way he fought Alexander Povetkin, he was uncomfortable for a few rounds, but when he put his shots together, it was over. As soon as he starts tagging people, he’s got a heck of a lot of explosivity on his body. He’s big, he’s strong, and he’s fast. I think the fight he lost against Andy Ruiz Jr.; it didn’t flatter him. And it wasn’t like he lost a split decision.

“It was a horrible loss. I think a lot of people look at that and say, ‘Yeah, he lost to him.’ Boxing doesn’t work like that. I lost to Carl Thompson in my 11th fight, and then three years later, undisputed #1. It doesn’t matter. As long as you learn from that, you can come back. A lot of fighters lost.

“Bernard Hopkins lost his first fight, and Johnny Nelson lost his first fight. It doesn’t matter as long as you improve. By the time you get in the ring with the other guy, you’re the finished article. That’s all that matters. To answer your question, I don’t know [who wins in a fight between Joshua and Fury]. I’d love to know. I just don’t know.

“That’s why they have to fight because I don’t know. I genuinely don’t know. I’ve got to see it and be ringside for that one. That was a six-minute non-answer to your question,” said Haye. 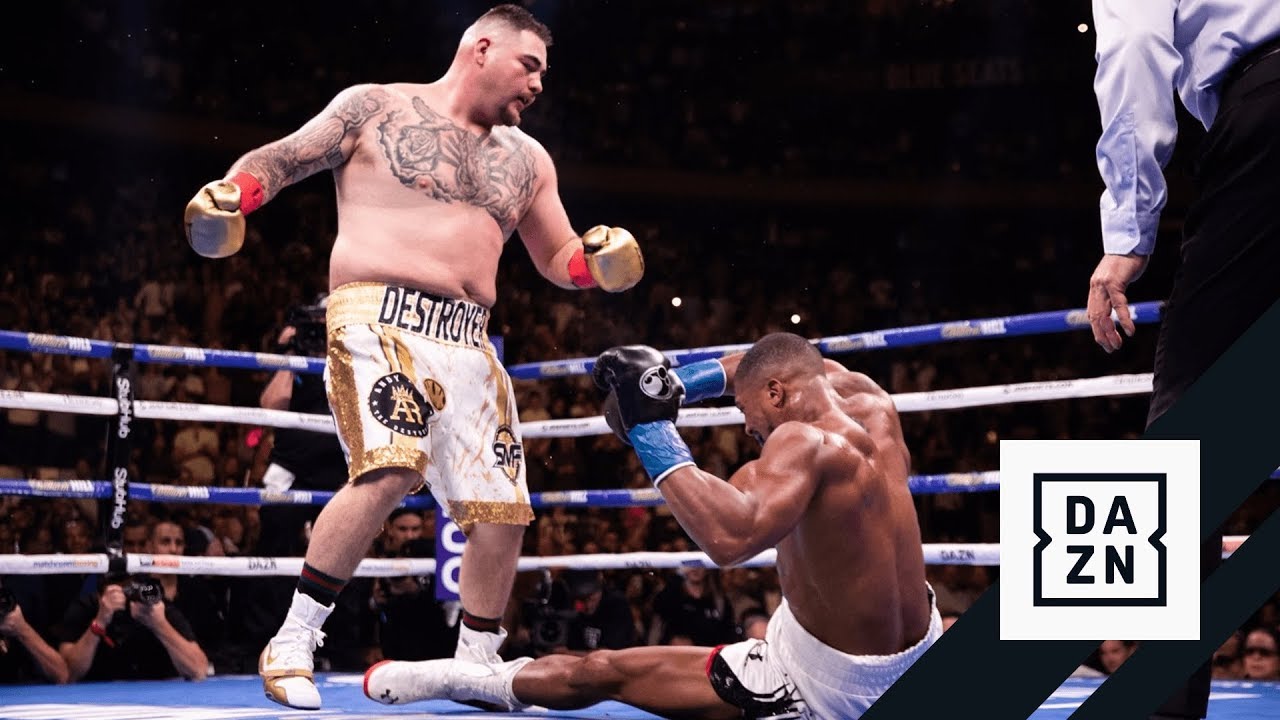 
« Johnathon Banks said “NO” to Golovkin facing Canelo in September