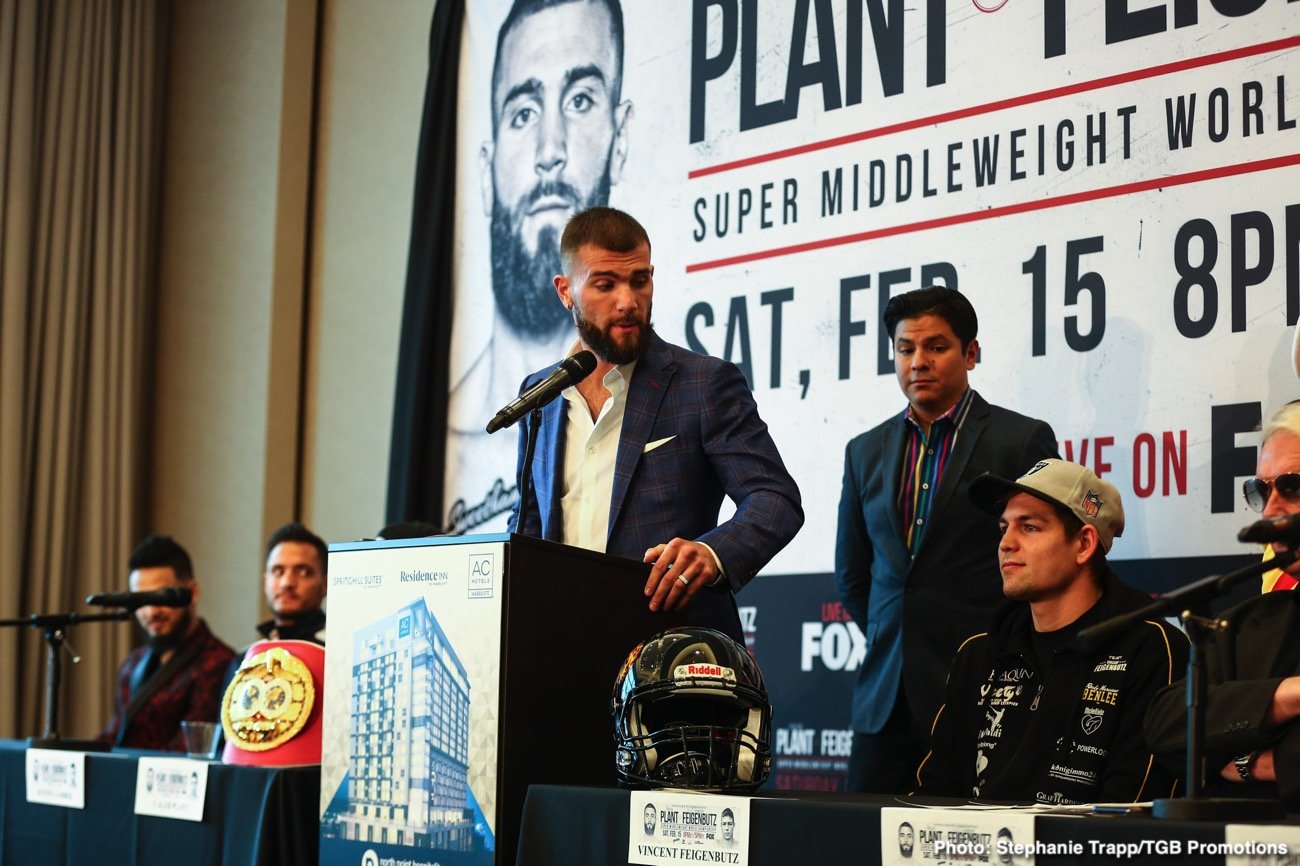 By Charles Brun: With Billy Joe Saunders and Callum Smith both having rejected offers from Golden Boy Promotions for a fight against Canelo Alvarez on May 2, the Mexican star is turning his sights towards a unification fight against IBF super middleweight champion Caleb ‘Sweethands’ Plant.

Matchroom Boxing promoter Eddie Hearn says he thinks that Plant, 27, is the third option for Canelo, according to Talkboxing. Hearn says that Plant has already been approached about the Canelo fight twice, which means he’s got a shot at getting the fight.

Hearn is still hoping that Golden Boy will agree to what he wants for Saunders or Callum to face Canelo. He still believes that the negotiations are alive between Billy Joe and Callum despite Plant looming in the background.

Saunders and Callum may have priced themselves out for Canelo fight

The Mexican star’s last two opponents Sergey Kovalev and Daniel Jacobs both got $12 million, so it appears that Hearn is putting Saunders and Callum in the same category as those guys.  Unless Hearn comes back with a much lower asking price for Callum and Saunders, it’s likely that Canelo and Golden Boy will be moving on towards a mouth-watering fight with Plant.

For Canelo, he’s clearly much better off facing the American Plant next rather than Saunders (29-0, 14 KOs) or Smith (27-0, 19 KOs), who are both from Britain, and have NEVER fought in the U.S before.

Saunders has an evasive style of fighting, which would require the 5’8″ Canelo to chase him around the ring all night. That’s not the type of fight that Canelo’s boxing fans will want to watch on the Cinco de Mayo holiday on May 2, but Plant might not be the right style either.

Plant is a defensive fighter, who hits and moves. He can do everything Saunders can, but better. At this point, Plant might be the toughest of the three for Canelo in terms of his style. Canelo would be showing a great deal of courage in facing Plant, but he’d have a lot to gain if he wins. The U.S fans are familiar with Plant, and they’ll be tuning in if Canelo elects to fight him on May 2 on Cinco de Mayo.

Plant is with Premier Boxing Champions, and fights on Fox. That could make it difficult – but not impossible – for Golden Boy to set up a fight between him and Canelo.

Plant needs to shine against Feigenbutz

Now that Saunders and Smith have priced themselves out of the Canelo fight, Alvarez will likely be keenly watching Plant’s title defense on Saturday. The American talent ‘Sweethands’ Plant (19-0, 11 KOs) will be defending his IBF title against mandatory Vincent Feigenbutz (31-2, 28 KOs) at the Bridgestone Arena, in Nashville, Tennessee. Plant vs. Feigenbutz will be televised on Fox Fight Night and Fox Deportes.

Canelo (53-1-1, 36 KOs) needs an opponent on May 2 that will attract the U.S viewing audience on DAZN. The question is would Saunders or Callum fit the 29-year-old superstar’s requirements for that date? It’s one of those situations where Golden Boy would need to create a poll consisting of Callum, Saunders & Plant in asking fans who the better option would be for Canelo to fight on May 2.

If the poll is limited to just U.S fans, then it’s pretty obvious who will be selected. Plant is clearly the far bigger name, but he’s also got the toughest style for Canelo. Saunders is looking faded at this point in his career, and was lucky to win his last fight against Marcelo Esteban Coceres last November.  And Callum recently put in a terrible performance in beating John Ryder by a close 12 round decision in his last fight in November.


« Daniel Jacobs vs. John Ryder possible for late May