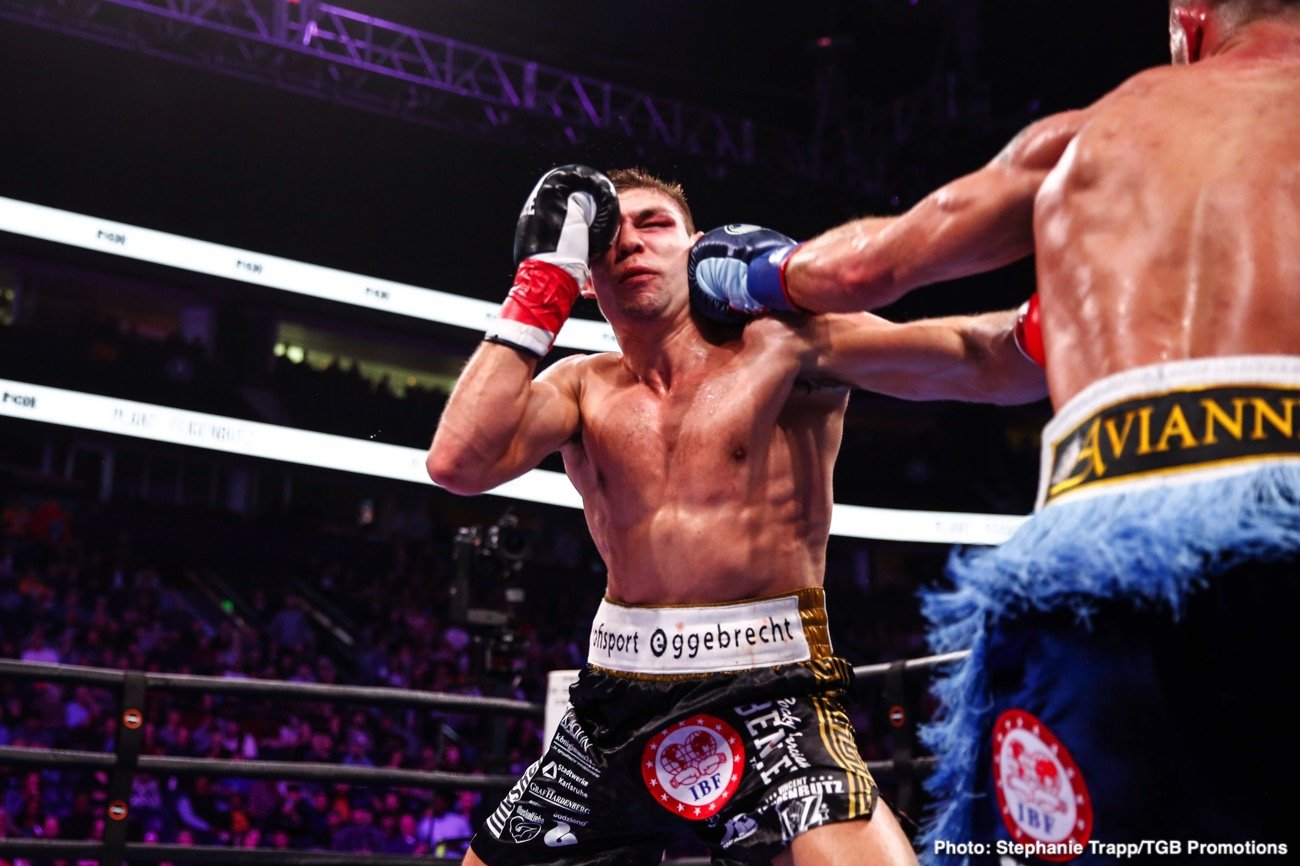 Fighting in front of a raucous hometown crowd for the first time in his professional career, undefeated IBF Super Middleweight World Champion Caleb “Sweethands” Plant (20-0, 12 KOs) put on a show.

Plant, who grew up in neighboring Ashland City, successfully made the second defense of the world title he won in January 2019 with a thrilling 12-round unanimous decision over then-titlist Jose Uzcategui. “Sweethands” lived up to his moniker, breaking down Germany’s Feigenbutz before putting him away. 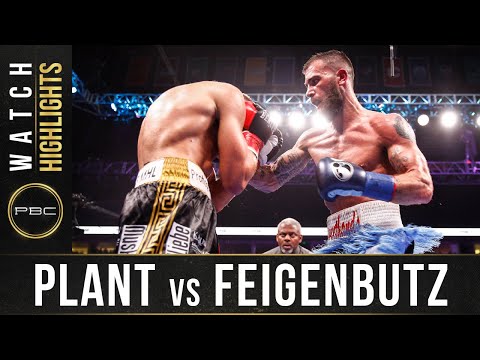 “I was super fueled by the crowd tonight,” Plant said. “I could have gone all night. The whole city came out. Nashville stand up!”

Plant gave them plenty to cheer about from the opening bell, landing his jab up and downstairs. The aggressive Feigenbutz, 24, struggled to land anything in return.

Plant began landing the combinations in the third, bringing the crowd to his feet with a series of well-placed volleys.

Those shots slowly took their toll, but Feigenbutz was game. He came alive in the sixth, pinning Plant against the ropes and unloading his own combinations. Plant covered up and shook his head as if unbothered.

Plant pounded Feigenbutz in the seventh and eighth, opening up a cut on his nose and swelling his right eye. The challenger absorbed more punishment in the ninth, causing the ringside doctor to take a hard look at him in between rounds.

The end came swiftly in the 10th as Plant, sensing his foe was weakening, pounded away until referee Malik Waleed mercifully stepped in. The official time of the stoppage was 2:23 of the 10th.

“I felt great out there,” said Plant. “And I was relaxed and sharp. I told you I was going to stop this before the 12th round. I want to dedicate this to my daughter, to my mother, my grandfather and the whole city of Nashville.”

The champion also stated his desire to unify versus unbeaten WBC counterpart and rival, David Benavidez.

“Everyone knows I want that unification fight with David Benavidez,” Plant stated. “You know who the best 168-pounder is. If you want that, you’ve got to come see me. I want that fight; I’ve been asking for it and I’m tired of waiting!” 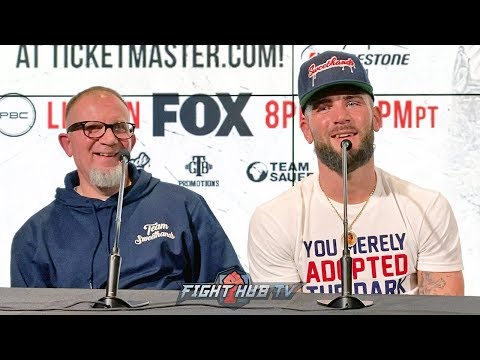 In the co-main event, Abel Ramos scored a stunning last second TKO victory over Bryant Perrella in a scheduled 10-round welterweight match. Heading into the 10th and final round Ramos was told by his cornermen that he needed a knockout to win. Ramos (26-3-2, 20 KOs) delivered, badly hurting and dropping Perrella twice in the waning seconds of the frame, prompting referee Jack Reiss to wave the welterweight co-main event off with just one second remaining.

“I know the fight’s not over until it’s over,” said Ramos. “That’s the game. I’ve been sick for two weeks. But no excuses. I wanted to come here and perform.

“I watched the Chavez-Taylor fight like 10 million times and I never thought I’d be in something like that. It just goes to prove that fights are never over till it’s over. You have to fight every single second of every single round.”

Ramos was trailing on scorecards

“This is boxing. It’s like Meldrick Taylor and Chavez,” said Perrella, agreeing with Ramos’ comments. “These things just happen. I’m not going to take anything away from my opponent. I was winning every round convincingly. What can I say? There was second left in the 10th round. It’s like a needle in the haystack. It is what it is.”

Southpaw Perrella controlled much of the action, using side to side movement, angles and rapid-fire combinations to stifle Ramos’ offense. A left hook in the third briefly buckled Ramos. Another in the fifth stunned him.

“Perrella’s a tough fighter,” said Ramos. “He’s a strong, strong fighter. I have nothing but respect for him. I expected a tough fight and that’s what happened.” 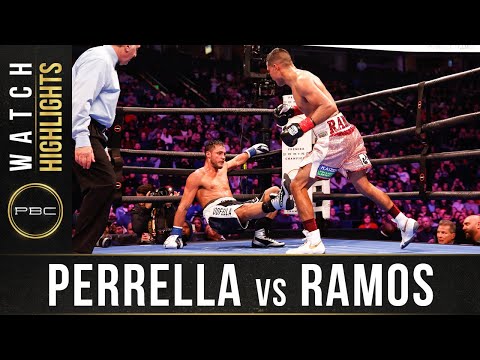 Pressure was the key for Ramos

Ramos never stopped coming forward, picking up the pace as Perrella slowed down. With 34 seconds remaining in the 10th, Ramos landed a perfect left uppercut flush on the chin. Perrella sank to the mat, getting up on unsteady legs. Ramos pounced once action resumed, unloading until a straight right drove Perrella to the floor again. Again, he made it to his feet but couldn’t walk straight without stumbling. Reiss immediately waved it off at 2:59.

“Everything was going well, and I was winning the fight, round by round,” said Perrella. “I don’t know. This is boxing. That’s the thing about the sport. It is what it is. There’s nothing I can do about it. I’m not going to make up any excuses or take anything away from my opponent. It’s just an experience that you go through in life and you have to overcome it. Absolutely I’d like to do it again with him. We can get a rematch in for sure.”

Ramos calls out all welterweights

“I want all the welterweights,” Ramos exclaimed. “I’d like to have another big TV fight and go out there and prove myself.”

The FOX PBC Fight Night opener featured a back-and-forth battle between lightweights Austin Dulay and Diego Magdaleno. Magdaleno produced one of the finest performances of his career, dropping Dulay on his way to a 10-round unanimous decision victory in a minor upset.

The 33-year-old Magdaleno (32-3, 13 KOs) was simply busier, particularly down the stretch in this battle of southpaws.

Dulay disagreed with the decision. “I boxed the hell out of him every round, making him miss, catching shots, countering. Yeah, he hit me with a few good body shots. That doesn’t replace the heavy shots that I hit him with every single round for 10 rounds straight. That is madness. And it was a unanimous decision? That’s crazy. That’s unbelievable to me. 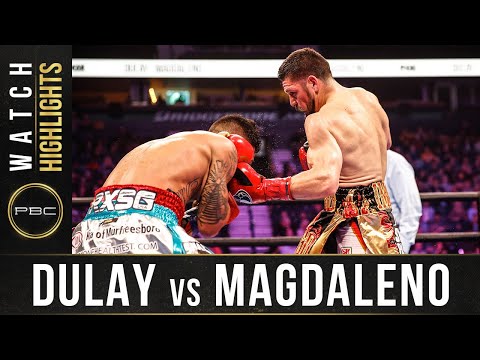 Dulay not happy with results

“Even Diego just told me that he had nothing to do with the decision. He knows. How can they do that to me in my hometown? That’s dirty man.”

Some of those shots strayed low which elicited warnings from referee Jack Reiss. However, the work paid off as Dulay’s output dropped over the course of the bout. The sixth featured some of the best exchanges of the bout. Magdaleno got the better of those, landing a right to the ribs followed by one upstairs.

Magdaleno continued to press the attack in the seventh, scoring the fight’s only knockdown with a hard left hook to the solar plexus.

Once action resumed, Magdaleno pounded at his ribs until a left hook strayed low and dropped Magdaleno, causing Reiss to deduct a point.

“Every round he was hitting me low and, in the back, and on the hips,” said Dulay.
“It was more times than he got called for. I won that fight 100%.”

Sensing the fight slipping away, Dulay picked up the pace over the last three rounds. It wasn’t enough to overcome Magdaleno’s work rate, which earned him a win by scores of 97-91, 96-92 and 96-92.

“Experience has everything going for me. In my previous fight, I lost my head,” said Magdaleno. “This time I took my time. My camp said slow it down. Happy for the victory tonight.” 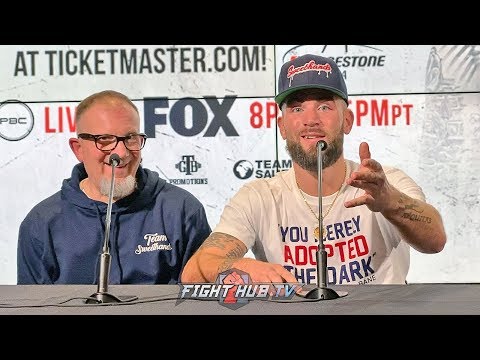 The 33-year-old Warren used his fast hands to land an assortment of shots from his lefty stance. In the fourth, a clash of heads opened a cut over the left eye of Mexico’s Mendoza. Warren sought to close the show, but Mendoza was game, firing back though outgunned.

“It felt good to get back in there after being off for a year,” Warren said. “I didn’t feel like a rookie. I felt like I had to get a little rust off me. But I think I got most of the rust off when I was in the gym training. Going 10 rounds it felt good.”

“I hope to get back in May,” said Warren. “I only need 90 days. I’ve already had my long layoff since last January when I fought on Pacquiao and Adrien’s card. I’m ready to get it on. I’m ready to move on. The only thing he did that I didn’t expect him to do was stay up.”

The event was promoted by Sweethands Promotions, TGB Promotions and Sauerland Promotions.