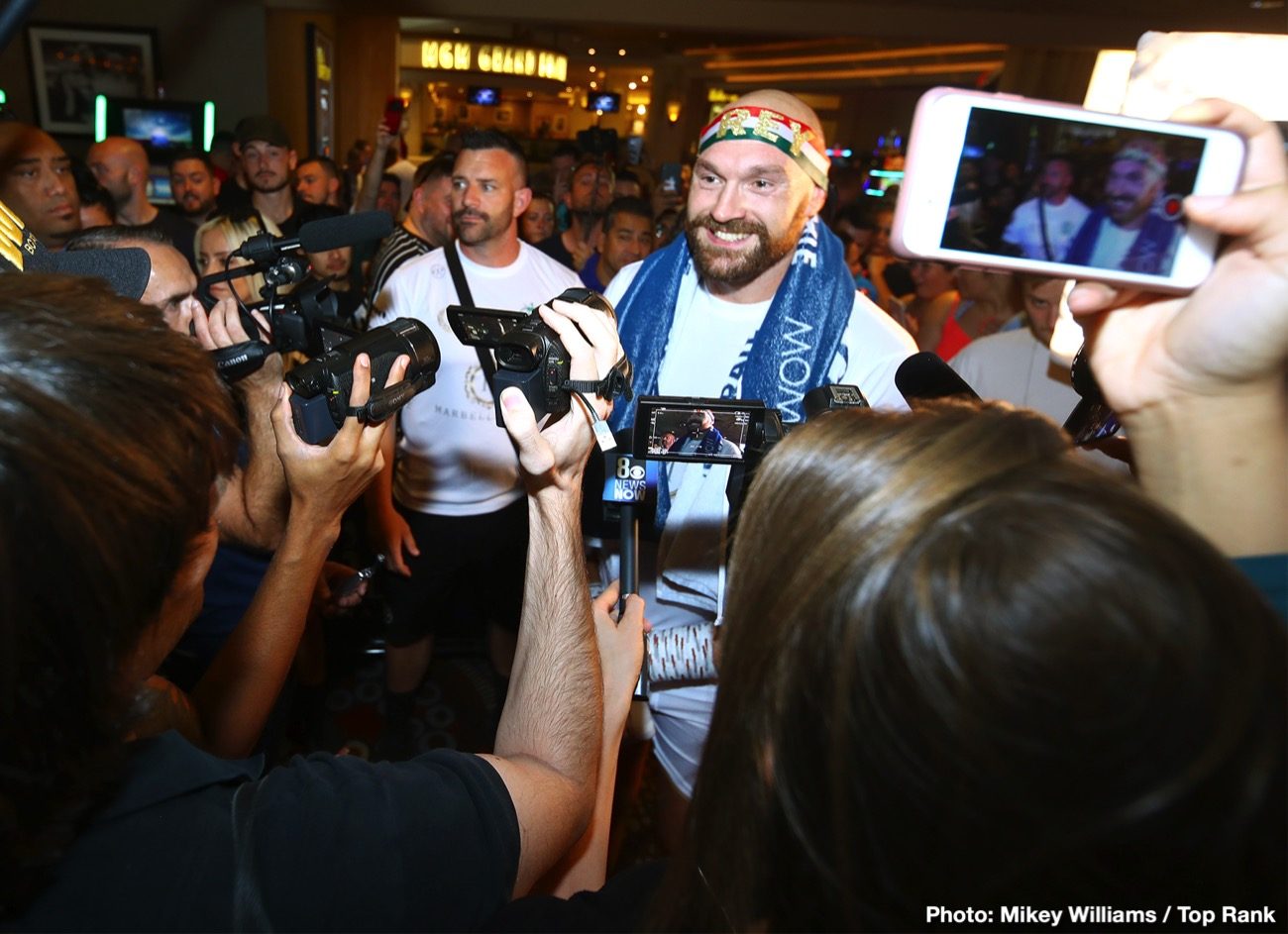 By Matt Lieberman: Andy Ruiz Jr. is upset with Tyson Fury for him carrying the Mexican flag and wearing a headband during his media workout on Tuesday to promote his fight with Otto Wallin on Saturday at the T-Mobile Arena in Las Vegas. Fury also wore a traditional lucha libre wrestling mask when he first came out for the workout.

Fury trying hard to win over a new fan base

Ruiz says Fury needs to “stay in his lane” and represent his own country of Britain, and not try and be adopted by another country. What’s obvious is Fury (28-0-1, 20 KOs) wants to win over the huge Mexican boxing fan base in the U.S, and nearby in Mexico. By fighting on the Mexican Independence Day holiday this Saturday night, Fury appears to be trying to win over the fans.

Stay in your lane.

Ruiz obviously doesn’t care for the way Fury is going about winning the fans with him wearing the Mexican flag. Fury has never fought on a Mexican holiday in the U.S, and this is only his third fight in the States. However, Fury isn’t the first fighter that has tried to win over the Mexican boxing fans. Former middleweight champion Gennady Golovkin has worked hard at winning Mexican fans. GGG and his former trainer Abel Sanchez like to refer to the way he fights as “The Mexican style.” Some fans saw that as a move by GGG and his team to win over Mexican fans.

“He’s talking s—. He’s representing Mexico, and he’s not even Mexican,” said Ruiz Jr. about Tyson Fury on social media. “What kind of s— is that? What is Tyson Fury? A British? He’s not even Mexican, wearing the Mexican flag. Stay in your lane. Represent your country. Tyson Fury represent your country. Represent what you represent. He’s cool, man. He just needs to stay in his lane, and represent where he’s from. He should’t be representing another country that he’s not even close to,” said Ruiz.

❌🇲🇽 Andy Ruiz Jr is not happy with Tyson Fury representing Mexico ahead of his fight this holiday weekend, tells him to “stay in his lane.”

Fury (28-0-1, 20 KOs) is fighting Swedish heavyweight Otto Wallin (20-0, 13 KOs) to get ready for a rematch against WBC heavyweight champion Deontay Wilder on February 22. Although many boxing fans feel that Wallin, 28, is an easy opponent, Fury insists that he’s a talented fighter. Fury points out that Ruiz Jr. was in the same position Wallin was before his recent upset win over Anthony Joshua on June 1. Obviously, it doesn’t make Ruiz Jr. too happy that Fury is comparing Wallin to him, as they’re completely different fighters. 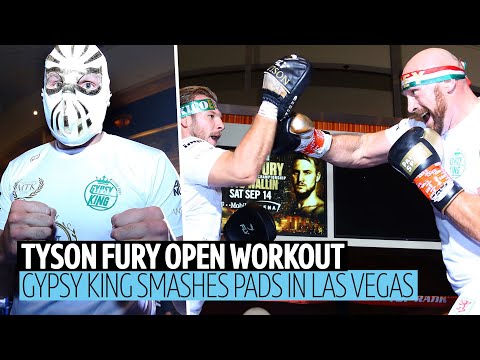 “Fury has easy fights that nobody is interested in,” said Matchroom promoter Eddie Hearn to skysports.com. “He supposed to be the best heavyweight in the world? Nobody is talking about his fight.”