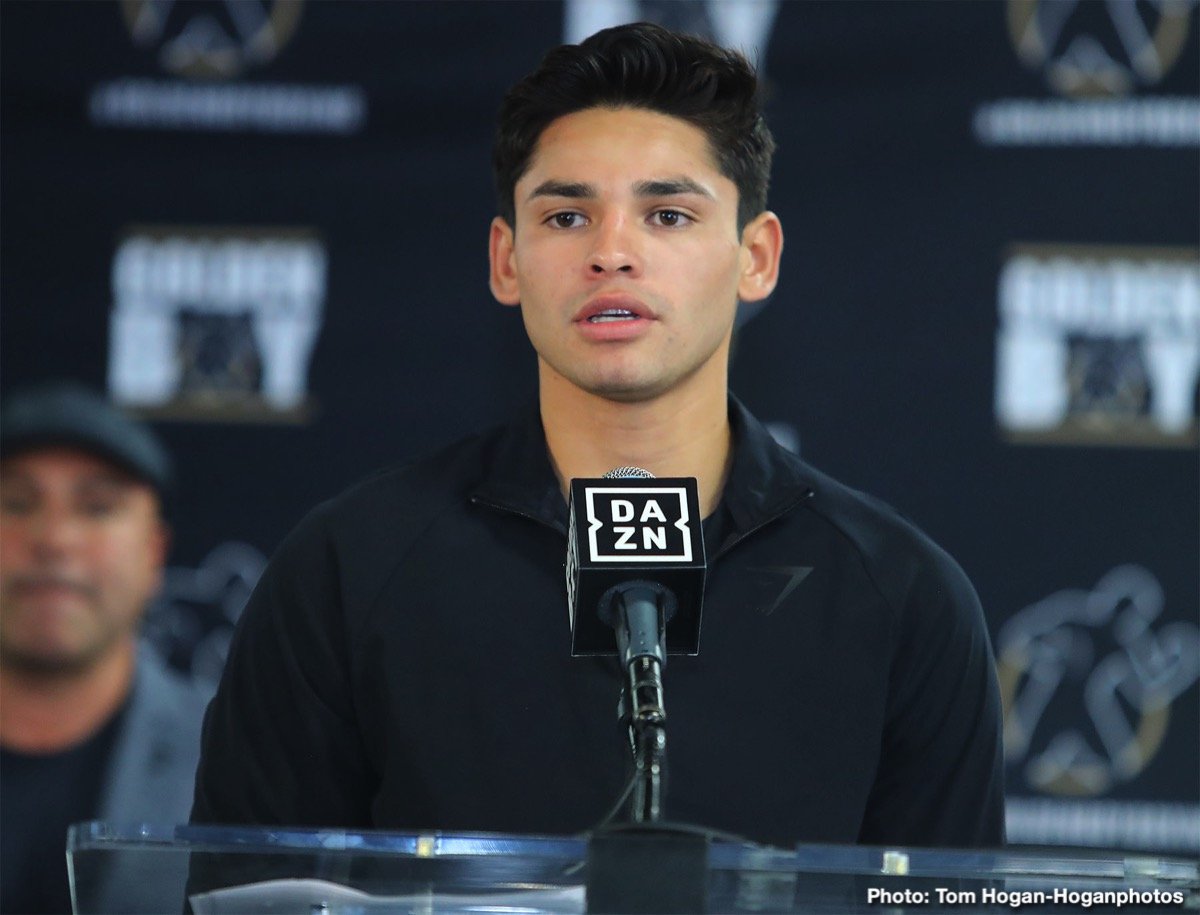 By Aragon Garcia: Ryan Garcia will be looking to move one step closer to a world title shot this Saturday in his fight against Avery Sparrow (10-1, 3 KOs) on DAZN at the Dignity Health Sports Park, Carson, California. With 3.4 million followers on Instagram, the young 20-year-old Garcia (18-0, 15 KOs) on course to be the next superstar in the United States.

The young lightweight talent could be the next Oscar De La Hoya in the U.S. Not even Saul Canelo Alvarez compares to the way that Ryan is moving upwards in the sport towards superstardom.

It doesn’t matter that Garcia isn’t a world champion yet. With the tremendous following Ryan has on social media, his popularity puts him at that level. Boxing is about entertainment, and making the fans happy. Garcia brings in the fans by the millions, and he entertains. With Youtubers KSI and Logan Paul creating huge interest in their fights despite neither of them coming from a boxing background, it shows that world titles no longer matter. 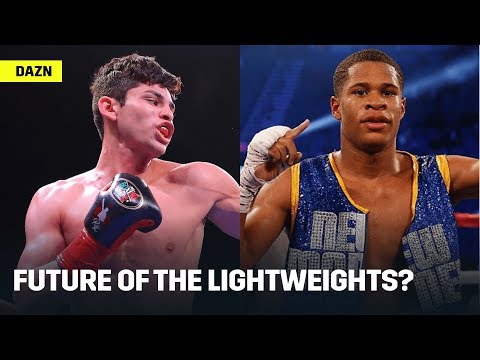 What’s important to the fans is charisma, looks, personality and talent. Garcia clicks all those boxes, and that’s why he’s on his way to becoming the #1 star boxing in the U.S.

Munguia vs. Allotey in main event

Garcia is fighting Sparrow in the co-feature bout on the Jaime Munguia vs. Patrick Allotey card on Saturday night on DAZN in Carson, CA. Ryan’s promoters at Golden Boy Promotions could have easily put his fight with Sparrow as the headline attraction and the Munguia-Allotey fight as the co-feature. That move might have upset some of the hardcore boxing fans, who would have complained that Garcia isn’t a world champion, and he hasn’t proven himself as deserving of the main event spot.

There’s going to be pressure on the 22-year-old Munguia (33-0, 26 KOs) to perform in his title defense of his WBO junior middleweight belt against Patrick Allotey (40-3, 30 KOs). Having to follow Ryan Garcia, it’s not going to be easy for Munguia, because he’s going to have to try and top what he did.

Coming off his less than stellar performance against Dennis Hogan last April, Munguia doesn’t need any added pressure. Golden Boy are doing Munguia no favors in putting Ryan in the co-feature bout, because it’s going to force him to try and match his performance. Munguia is a huge puncher, but he’s not an amazing talent like Garcia. He’s more of an old fashioned slugger. That’s why boxing fans love Munguia. They like his old school approach to punching it out with his opponents.

Munguia has a new trainer in Erik Morales, who is trying to teach him more technique, but he’s a long way to go.

“In Jaime Munguia’s last fight, he was criticized a lot,” said Morales to fightnews.com. “He showed vulnerabilities in his defense. However, he has a lot of potential. He’s young, strong and can hit very hard. We haven’t changed much. Rather, we’ve strengthened his combinations and focused on his offense. We’ve made some minor changes in his defense, but it will nevertheless make a difference.”

This Sat im Back in action countdown begins

Munguia can’t allow Allotey to out-box him the way that Hogan did last April. Just following Allotey around the ring without throwing jabs, and using head movement won’t work for Munguia. He’s got to fix these problems if he wants to win this fight, and look good.