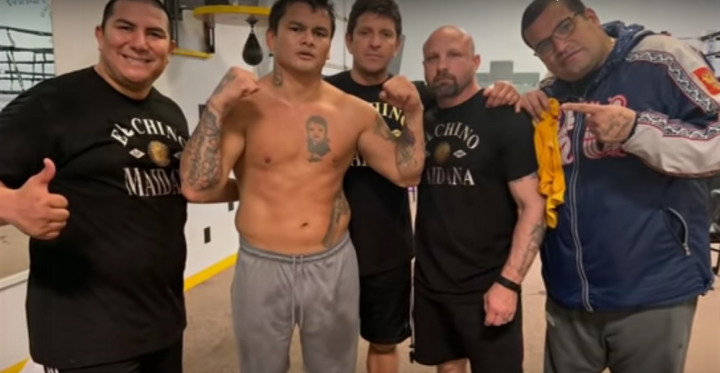 By Aragon Garcia: Marcos Maidana is starting to look like his old self with the help his strength and conditioning coach Alex Ariza. After just six weeks of training, Maidana (35-5, 31 KOs) is showing signs that he’s going to be able to get back down to the welterweight limit of 147 soon, possibly even by June, which is when they would like for him to be down to the low 150s. Those massive big money fights are just beyond the bend for Maidana.

A lot of boxing fans still doubt that Maidana can get back down to 147, but if they saw what he looked like when he first started his comeback six weeks ago, they’d know that he’s not only capable of getting back down to 147. He could drop all the way to 140 if he wanted to. If there were any big names at light welterweight nowadays, that would be tempting for Maidana. The fights that Maidana wants are at 147 against these excellent fighters: Manny Pacquiao, Adrien Broner, Danny Garcia, Errol Spence Jr., and Keith Thurman.

Maidana has been out of the ring for 4 1/2 years since retiring after his controversial 12 round decision loss to Floyd Mayweather Jr. in September 2014. Maidana lived the good life, and put on a great deal of weight. When Maidana decided to come back recently to resume his career, he looked nothing like the slim, trim fighter that captured world titles at 140 and 147.

What fans don’t understand is that Maidana can go down to say 160 pounds, and then dehydrate to lose the other 13 lbs to make 147. That’s what welterweights do. They lose all the weight to get down to 147 and walk around at that weight. No, they drop down to 160+ lbs, and they dehydrate to make the 147 lb limit the day before their fights. They then rehydrate back to the 160s on the day of the fight. Maidana is approximately 185 lbs right now. He only needs to lose around 25 lbs to get to 160 lbs. Ariza was talking about wanting to get Maidana to 152. That’s the target weight, when dehydrated, for his comeback fight in June.

Maidana still doesn’t have a date, venue or an opponent for his first fight back of his comeback, but Phil Lo Greco has been mentioned. Lo Greco reportedly wants the fight to take place at the junior middleweight limit of 154. It’s expected to be a catch-weight fight at 152 lbs. For the first fight back, Maidana’s conditioning team don’t want to take him too low at 147, because he might end up being weakened if he drops all the way down to that weight so soon. Maidana’s weight was over 200 lbs when he started his comeback. He’s already lost over 30 lbs, so he’s halfway there to his target weight. Another 25 lbs of fat, and Maidana will be ready for his first fight of his comeback.

The great thing about Maidana’s comeback is he’s likely going to make considerably more in short period of time than he did during the whole of the first part of his career. There’s more money in boxing nowadays with platforms like DAZN, Showtime, and ESPN. If Maidana can sign on with one of them, and put some wins under his belt he’ll be able to make a huge amount of money fighting Adrien Broner in a rematch, Pacquiao, Keith Thurman, Mikey Garcia, Danny Garcia and Errol Spence. If Maidana wants to cross the pond, he can fight WBO welterweight champion Terence Crawford.