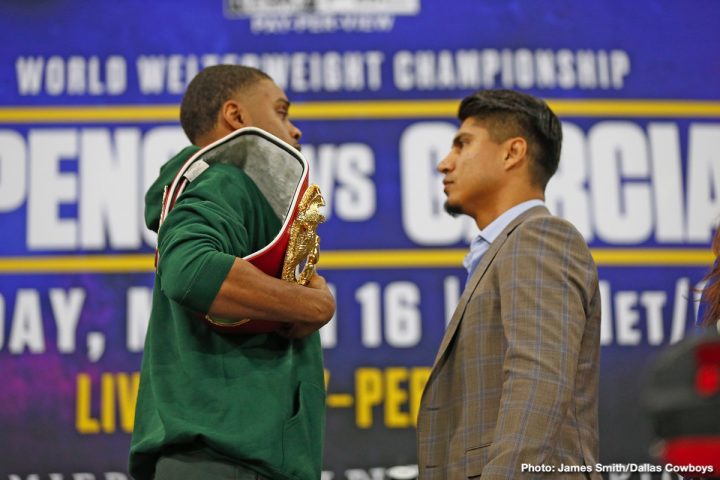 Mancini, 58, respects what Mikey is doing in moving up 2 weight classes to fight Spence on Fox Sports PPV. Mancini doesn’t know if it’s the smartest move or not by Garcia. He won’t know that until afterwards. But for Mikey to his best shot at getting the ‘W’ against Spence on Saturday, Mancini thinks it’s crucial that he use his foot and hand speed to get in, land shots, and then get away by moving to the side and not straight back. Mancini thinks it’s going to be hard for Mikey to deal with Spence because of his size, power and his southpaw stance. He sees the ring growing really small once Mikey gets in there with Spence, who is good at cutting off the ring on his opponents to force them to fight.

“Exactly what he said; his speed, reflexes, and his boxing IQ,” Ray Mancini said to fighthype when asked what Mikey needs to do to defeat Spence. “Look, Mikey can’t go size for size, strength for strength. He’s got to use different inches and angles. You know what I mean? And use his hand speed to get in and get out, but not moving straight back. Moving using angles. That’s it. He’s got to be quick. Move in, tag, and move out or to the side,” Mancini said.

Mancini didn’t talk about the weight for the fight. A lot of boxing fans believe that Spence is looking weight drained right now, and is on his way to losing due to him needing to drain down so much weight before Friday’s weigh-in. Mikey’s trainer Robert Garcia isn’t even sure if Spence will make weight on Friday, let alone make weight for the secondary weigh-in on the morning of the fight on Saturday. If Spence is weight drained from having to make weight, Mikey will have an additional advantage on his side along his hand and foot speed.

During Mancini’s pro career from 1979 to 1992, he never fought anyone with the same kind of size and power of Spence. In Mancini’s last two fights of his career, he moved up to 140 and fought Greg Haugen and Hector Camacho, losing to both of them. Those were both 5’6″ fighters with nowhere near the same size and punching power of Spence. Mancini likely would have never thought of going up all the way to 147 to take on the top lion in the weight class at that time.

“Errol, when you get in the ring with a big guy like Errol, it gets small really quick,” Mancini said. “You know what I mean? Errol has been the most avoided fighter for years, because he’s a beast, and he’s a southpaw. Nobody wants to fight a southpaw, who has the boxing IQ that he has and can punch like he can. He’s got that amateur pedigree. Who would want to fight him? Forget it. You’ve got to admire Mikey Garcia for that. We’ll see after this fight if it’s smart thing or not,” Mancini said.

Mancini seems to think Spence is going to win the fight just based on him being the bigger guy, and the more powerful fighter. It’s likely hard for Mancini to identify with the kind of bold risk that Mikey is undertaking in moving up two weight classes to take on Spence. It’s a very brave move on Mikey’s part. Whether it’s a foolhardy move or not is unclear. It obviously would have been better for Mikey had he at least tested himself at 140 and 147 against the second or third best fighters before looking to take on the #1 guy in Spence. Although Mikey defeated Sergey Lipinets last year by a 12 round decision to win the IBF light welterweight title, he didn’t take on the truly talented fighters in the weight class like Regis Prograis, Josh Taylor, Jose Carlos Ramirez, Maurice Hooker, Ivan Baranchyk or Kiryl Relikh. Those guys were all around when Mikey moved up to 140 a year ago to go after Lipinets, and it would have looked a lot better had he faced one of those fighters.

Spence, 29, isn’t looking too good right now because he’s shedding water weight to get down to the 147 lb weight limit. If he overdid it this time with his draining down, then Mikey will have a chance of pulling off an upset against him. A fighter can only drain himself down so many times before they start struggling, usually in their early 30s, at making weight for a division that their body isn’t designed for. Spence is almost 30, so it might be his time to move up to 154. If Spence loses to Mikey, it’s also a certainty that he’ll move up to junior middleweight. 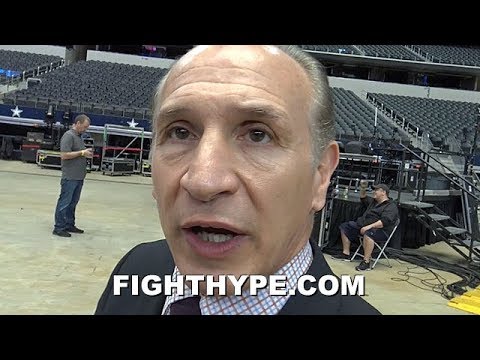