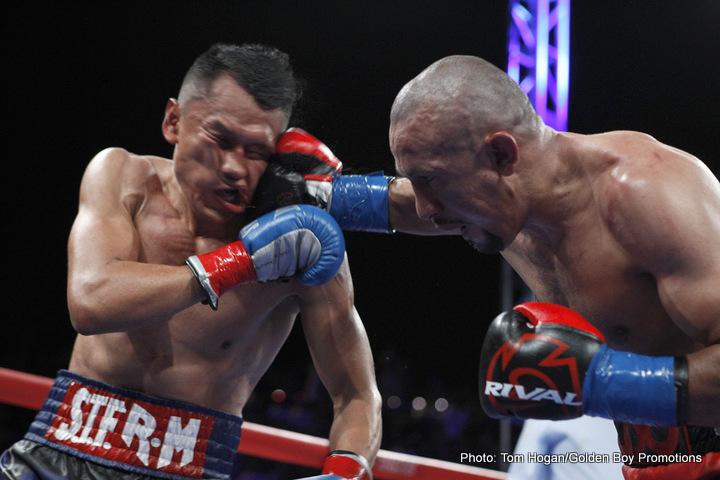 It’s hard not to see that Salido got the better of Vargas in the majority of the rounds. What the judges saw in Vargas to give him a draw is the big question. What we do know is that Vargas was the champion and the A-side fighter. Salido had a lot of ground to make up just by walking into the ring as a challenger with 13 defeats on his resume.

Vargas won the WBC super featherweight title off Takashi Miura last November in stopping him in the 9th round after getting knocked down earlier in the fight in the 4th round.

Salido, 35, is very much in demand by the top fighters at super featherweight due to his all action style of fighting. He’s someone that has been getting the shaft on a routine basis with back to back draws now against Vargas and WBO super featherweight champion Roman “Rocky” Martinez, a controversial loss to Martinez, an odd injury stoppage in the Mikey Garcia fight and a highly questionable 12 round split decision loss to Christobal Cruz. Those are just in the last eight years.

Besides the option of possibly facing Francisco Vargas again, Salido has the potential for rematches against Vasyl Lomachenko and Roman Martinez. HBO would love to have Salido fighting in the near future on their network against one of those guys because his fights are very entertaining and he brings in good ratings. Salido vs.

Vargas could wind up being Fight of the Year. Right now, it’s looking like the best fight in 2016. The year is half over, but it’s going to be difficult to outdo that fight unless Salido and Vargas can face each other again. Salido doesn’t need Vargas to be in exciting fights, however. He can fight anybody and his fights will be entertaining.

“I think I won, but it was a close fight. But I think I won,” said Salido via ESPN.com. “It was a draw, but I felt I won. It was a tough fight, and we fought like Mexicans do.”

Salido is going to leave it up to his management to pick out his next opponent and set up the fight. The only thing Salido wants is for his next fight to be the biggest money option available to him. Vargas is promoted by Golden Boy Promotions, and if they want Salido to face Vargas a second time, then they’ll need to come up with the money to make that fight happen because Salido won’t come cheap. 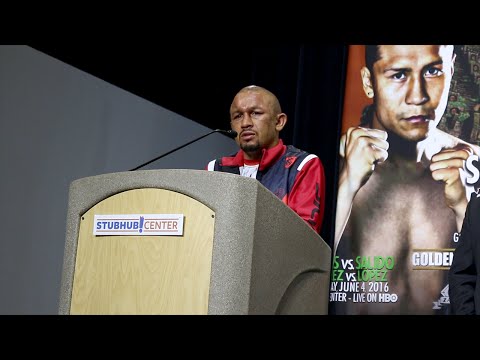 With the beating Salido inflicted upon Vargas, I don’t know why Golden Boy would want to have Vargas fight Salido a second time. Golden Boy doesn’t seem in a rush to throw their flagship fighter Saul “Canelo” Alvarez to the wolves by matching him against IBF/IBO/WBA/WBC middleweight champion Gennady “GGG” Golovkin, so I don’t see why they’d want Vagas to fight Salido a second time. Salido is capable of giving Vargas another pounding when they face each other again.

Vargas is probably going to need a lot of time to recover from this fight before he faces Salido in a rematch if that’s a fight that Golden Boy wants for him. Vargas suffered cuts over both eyes, and a lot of lumps all over his face. Vargas’ entire face looked badly swollen. For him this is his second really hard fight.

Vargas had been winning easily during his career until recently, when Golden Boy finally started to match him tough by putting him in with Takashi Miura and Salido. Vargas was a good amateur fighter before he turned pro in 2009. Vargas fought in the 2008 Olympics for Mexico, but was unfortunately was eliminated in his second match in getting trounced by Romanian fighter Georgian Popescu by a 14-4 score.