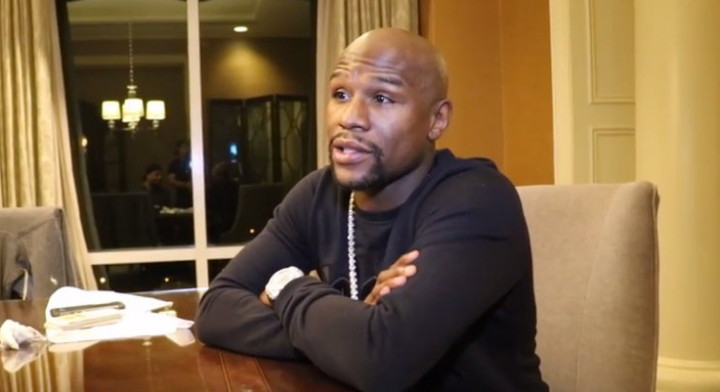 By Allan Fox: If Floyd Mayweather Jr. wants to fight in September this year, he’s going to need to find another opponent rather than trying to fight Conor McGregor. The reason for that is McGregor is now scheduled to fight Nate Diaz in a rematch in UFC 202 on August 20 in Las Vegas, Nevada.

McGregor won’t be able to fight Diaz in August and then turn around and face Mayweather in September. That doesn’t mean that McGregor can’t fight Mayweather this year, because it’s possible that the fight can always take place in December if Mayweather wants the fight bad enough.

Mayweather has been scheduling his fights on the Mexican holiday dates in May and September the last few years in order to take advantage of the Mexican fans that are celebrating the holidays. If Mayweather wants to fight McGregor on a Mexican holiday, he’ll need to wait until Cinco de Mayo in May 2017 for him to do that.

Many fans will be relieved that Mayweather isn’t facing McGregor in September because they see the fight as a real mismatch due to Mayweather’s superior boxing skills. McGregor would be expected to beat Mayweather without any pro experience at all in the squared circle. You can’t put a novice in with a world champion level fighter because it wouldn’t be a fair fight. It doesn’t matter that McGregor is a championship level fighter in the MMA sport. He would be fighting Mayweather under boxing rules.

Mayweather recently posted a fake fight poster of him and McGregor on his Instagram page that got a lot of boxing and MMA fans excited about a potential bout between the two athletes. But with McGregor now scheduled to fight Diaz again, there’s no way that Mayweather will be able to fight him in September.

If Mayweather still wants to fight in September, then he’s going to need to select a boxer and do it soon so that he can claim the Mexican Independence day holiday on September 17. Golden Boy Promotions superstar Saul “Canelo” Alvarez is said to want the September date for himself against an opponent still to be determined. If Canelo fights Gennady Golovkin on that date, then there’s little chance that Mayweather can kick him off that date because it’s too big of a fight for him to move Canelo.

The only way Mayweather could boot Canelo-Golovkin from that date is if he selects Golovkin before Canelo does. Canelo isn’t exactly in a rush to negotiate a fight against Golovkin, and many fans believe he won’t be facing him at all in 2016. Mayweather could easily snatch Golovkin as his own opponent for September, and it would likely bring in over 2 million PPV buys.

Mayweather is still expected to continue his career in search of win No.50, but it won’t be against McGregor this year. If Mayweather wants an MMA fighter, then he’ll need to select someone else from that sport for an easy money fight in September. There isn’t a lot of super popular MMA fighters for Mayweather to hand pick.

It would be better for Mayweather to select a boxer if he wants to continue his boxing career in 2016. Mayweather could still take the September date if Canelo makes a weak move like setting up a fight against WBO junior middleweight champion Liam Smith for that date. There won’t be a high amount of interest from U.S fans in a Canelo-Smith fight because Smith isn’t perceived as a big name. He’s a champion at junior middleweight, but he’s not seen as the best champion in that weight class.

If Canelo picks out Liam Smith, fight fans are going to get on his case and ask why he’s not fighting one of the Charlo brothers [Jermall and Jermell] or Erislandy Lara. Those guys are seen by many fans as being better than Liam Smith.

Mayweather could beat out Canelo for the September date if he signs WBC welterweight champion Danny Garcia as his opponent for that date. It’s doubtful that Mayweather would pick the winner of the June 25 fight between WBA welterweight champion Keith Thurman and Shawn Porter. Either of those guys would be tough outs for Mayweather at his age. He could get knocked out by them if he got hit with a big shot. Mayweather hasn’t fought since last September. All that time out of the ring could make him very rusty. Fighting Garcia wouldn’t be a problem for Mayweather, but fighting Thurman-Porter would be dangerous because they would have a chance of beating him. I think Mayweather will be looking for an easy money when/if he does return to the ring to continue his boxing career.