James DeGale vs. Stjepan Bozic on June 8th in UK 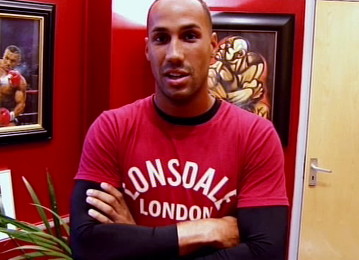 By Scott Gilfoid: Super middleweight contender James DeGale (15-1, 10 KO’s) will be back in the ring next month for another easy fight against an over-matched opponent, this one being 38-year-old Stjepan Bozic (26-6, 17 KO’s). DeGale and Bozic will be fighting on June 8th in a scheduled 12 round bout at the Glow, Bluewater, Greenhithe, Kent, United Kingdom.

Earlier this month, the 27-year-old DeGale defeated journeyman Sebastian Demers in two round.

The way I see it, putting DeGale in with Bozic is a step down from Demers. I don’t know why DeGale’s promoter has put him in the reverse mode with his career because ever since DeGale got beat by George Groves in 2011, it’s been one long slide downwards for DeGale with him facing worse opposition with each fight and I can’t understand why.

Does his promoter have doubts about DeGale’s ability to beat quality opposition or is it simply his promoter playing it safe with him and not wanting him to get beaten again? It’s hard to say but it doesn’t look like DeGale’s soft matchmaking has hurt him, at least in terms of rankings. He’s currently ranked #3 WBO, #5 WBC, #6 IBF, #14 WBA. But as far it helping him get ready for an eventual title shot against the likes Andre Ward, Carl Froch, Robert Stieglitz or the winner of the Sakio Bika vs. Marco Antonio Periban fight, it’s definitely not helping DeGale.

I think he’s going to be in shock when he does get title shot because all the things that were working against 3rd tier opposition will be useless against a champion, no matter who it is. I’m not too high on WBO champion Robert Stieglitz, but if you throw DeGale in there with him right now, he’s going to tear him apart just like he did with Arthur Abraham recently; likewise with Froch and Ward.

Pacquiao vs. Rios: The Trilogy »