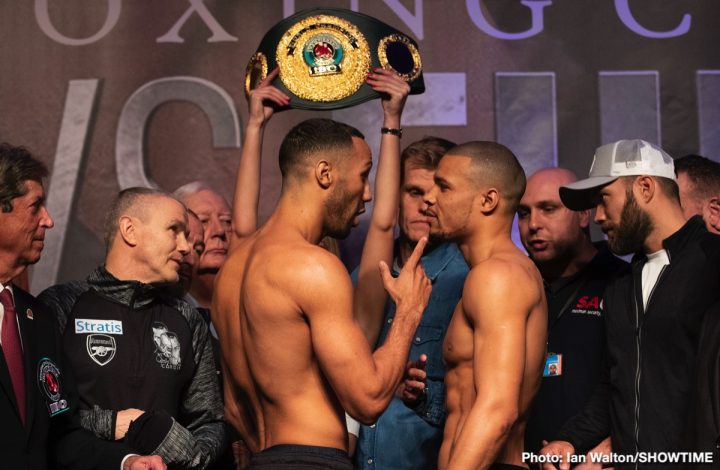 By Scott Gilfoid: A badly emaciated looking James DeGale (25-2, 15 KOs) came in two pounds under the limit in weighing in at a slender 166 pounds on Friday for his 12 round grudge match against former IBO belt holder Chris Eubank Jr. (27-2, 21 KOs) on Saturday night on February 23 at super middleweight live on SHOWTIME Championship Boxing at the O2 Arena in London, UK.

Eubank Jr. weighed in a little heavier than DeGale in hitting the scales at 167 lbs. DeGale clearly made a mistake in taking too much water weight off when dehydrating for the fight. Whose fault that is unclear. DeGale’s trainer should have been staying on top of his weight to make sure that he didn’t take too much water weight off when dehydrating this week to make the 168 lb weigh-in limit. If DeGale ends up weakened by taking too much weight for the fight, he’s likely going to lose to Eubank Jr. He should should have done a better job of making the weight. You could see how slender and emaciated DeGale looked today. That’s not a good sign. The guy likely too much weight off. It could have been that the scale that DeGale and his trainer were using was calibrated wrong, and failed to give him the right weight. Whatever the case, DeGale took way too much weight off in making weight for the fight. If DeGale loses on Saturday, he’ll have at least one excuse that he can tell the boxing public for why things didn’t go his way inside the ring.

We could see a stoppage in this fight if Eubank Jr. jumps on DeGale and overwhelms him with punches the way that he did against Avni Yildirim. DeGale is ripe to being knocked out. The only thing that could prevent Eubank Jr. from using his force and high work rate to stop DeGale is all the holding that ‘Chunky’ will likely be using to slow down the pace of the fight. DeGale isn’t going to let Eubank Jr. get off his punches at will the way he likes to do, because he knows he can’t match that kind of output from him. As such, you can expect DeGale to do a lot of grabbing and prolonged holding and wrestling to keep Eubank Jr. from throwing punches. It could be very ugly if the referee is unable to keep DeGale off of him.

Eubank Jr. will likely be badly outweighed by DeGale on Saturday night. That was the case for Eubank Jr. in his loss to George Groves last year in the World Boxing Super Series 168 lb tournament in February. Eubank Jr. is natural middleweight, and he’s not grown into the 168 lb weight class since moving up to the division two years ago to win the IBO super middleweight title from Renold Quinlan in February 2017. Whether DeGale can take advantage of his weight advantage over Eubank Jr. is the important question. It won’t help DeGale being the bigger guy if all he’s going to do is throw jabs, and then fall in for a clinch all night like he did in his rematch with Caleb Truax last April.

“I have no respect for him. None. This guy is a diluted idiot,” DeGale said about Eubank Jr. “Chris Eubank has been calling my name for a long time and finally I get a chance to punch him in his face.”

The two stood and trash talked during the face off. DeGale was gesturing a lot with his hands, and seemed the more animated and talkative of the two. Eubank Jr. appeared more determined, and focused while the two trash talked. They book look in great shape for the fight. The only question is what version of DeGale, 33, will show up on Saturday night. He’s looked shot in this two fights with Caleb Truax, and arguably deserved losses in both of their fights. DeGale lost the first fight with Truax in 2017, but then came back and beat him by a controversial decision in their rematch last April. It was a victory for DeGale, but he looked awful, and as shot as can be. DeGale looked better in his last fight against journeyman Fidel Monterrosa Munoz (39-19-1, 21 KOs) in stopping him in the third round last September, but he was facing a dreadful opponent that lacked the skills to give him problems the way that Truax did.

This a fight that both DeGale and Eubank Jr. are saying it’s a must win match. DeGale feels that if he loses to Eubank Jr. that it means he’s “over-the-hill” and needs to retire from boxing, which is what he says he’ll do. Of course, popular fighters retiring often translates into them taking a mini vacation from the sport before being lured back into the ring for a nice payday.

If DeGale was the same fighter he was in 2016, Eubank Jr. will be in trouble on Saturday night. That version of DeGale likely beats Eubank Jr. seven days a week, 365 days a year. But the DeGale that we’ve seen recently is going to be easy work for Eubank Jr., who will overwhelm him with punches and have too much for him. It’s not about Eubank Jr. being the younger guy. It’s more about what Badou Jack took put of DeGale in their war in February 2017. Jack knocked DeGale’s front teeth out during the fight, and really put it on him in giving him a sustained beating. Although the judges scored the fight a controversial 12 round draw, it was clear from looking at the wreckage of DeGale afterwards to see what he’d been handily beaten by Jack. Boxing News 24 gave it to Jack by four rounds. Badou was just too much for DeGale in that fight. The scoring for the fight left a lot to be desired, you hate to say.

We hate to say it, but DeGale might already be show. But he is right about Eubank Jr. having failed every time he’s stepped up against a good fighter during his career. George Groves and Billy Joe Saunders both got the better of Eubank Jr. and put him in his place in defeating him when he tries to step it up against them. DeGale probably would do the same thing if he had a way of taking Eubank Jr. in a time machine to 2015 or 2016, when James was fighting at a high level. The shoulder injury and the subsequent surgery that DeGale had has taken a lot out of his game. DeGale can still around the ring like he always has, but his offense has completely evaporated since hurting his shoulder in the Jack fight two years ago. 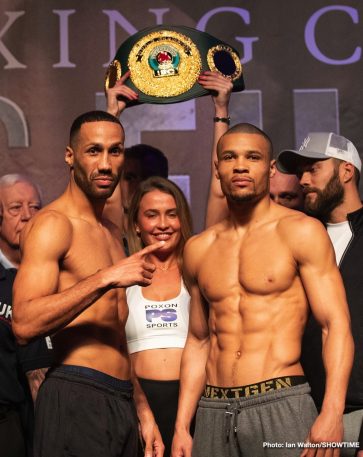 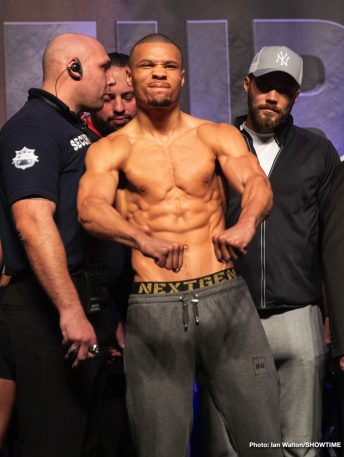 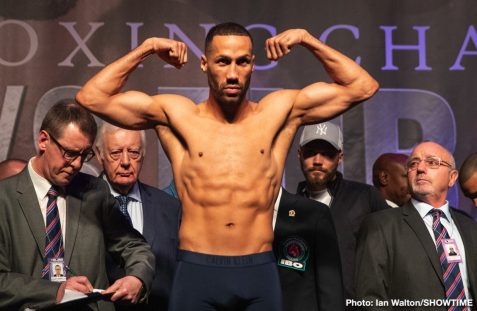 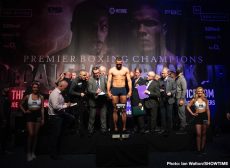 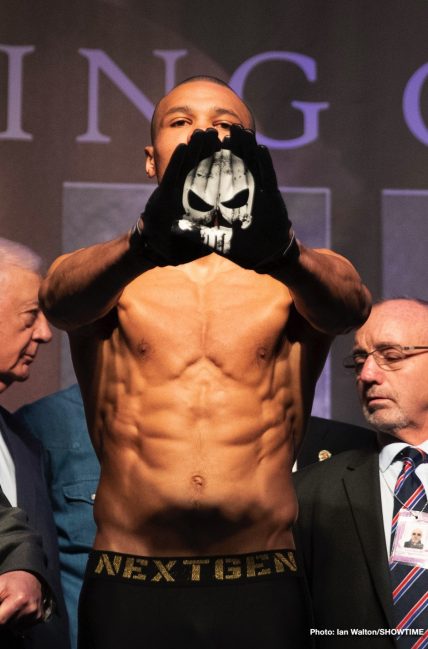 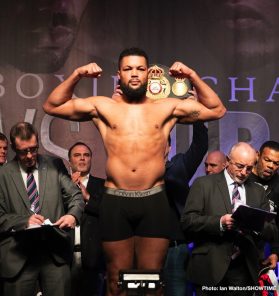 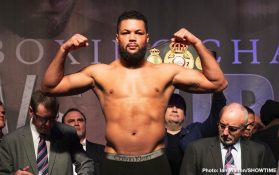 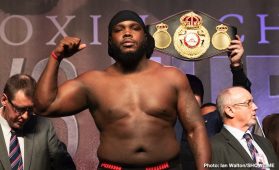 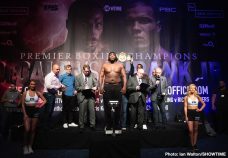 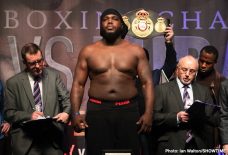 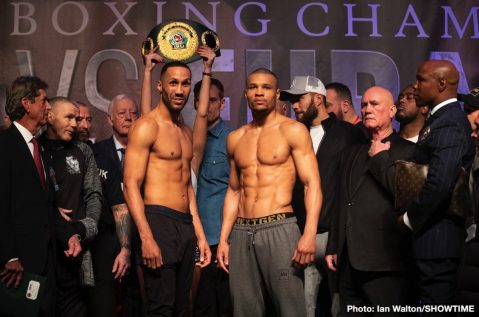 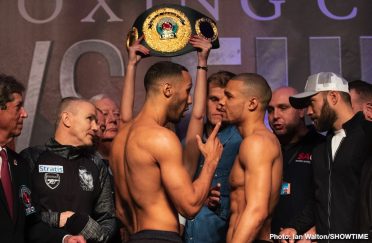 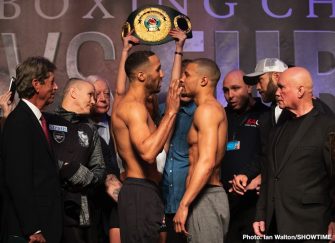 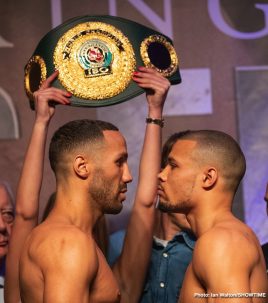 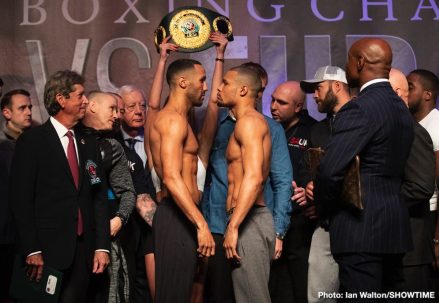 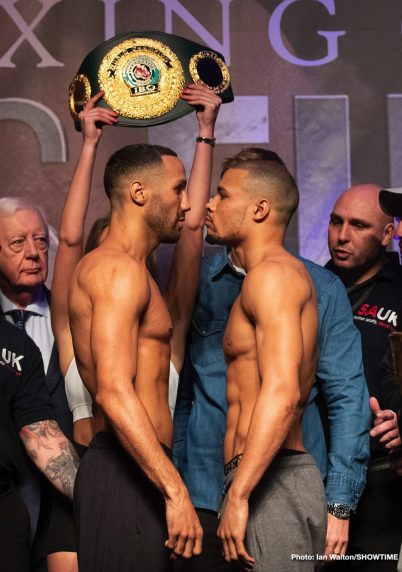 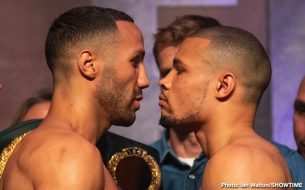 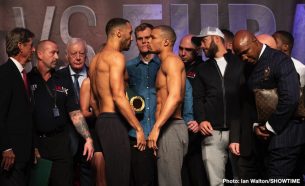 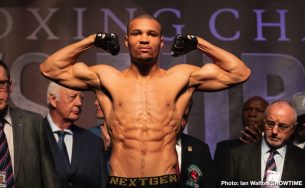 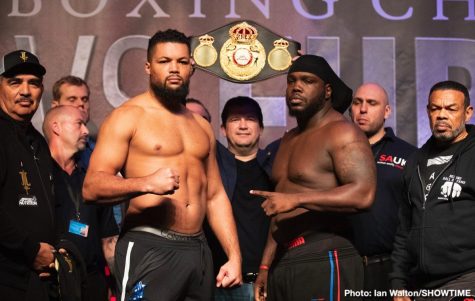 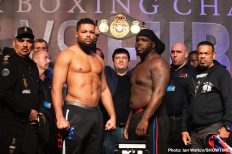 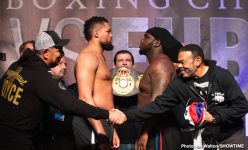 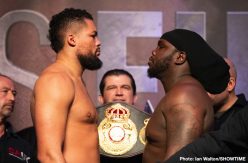 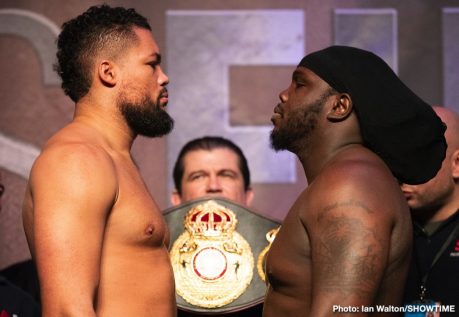 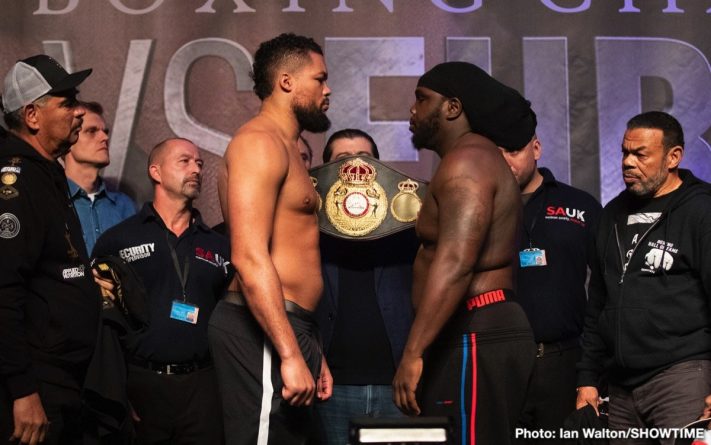 
« Eye of the Tiger Promotions joins forces with Golden Boy Promotions to promote the careers of Ulysse, Butler and Bazinyan