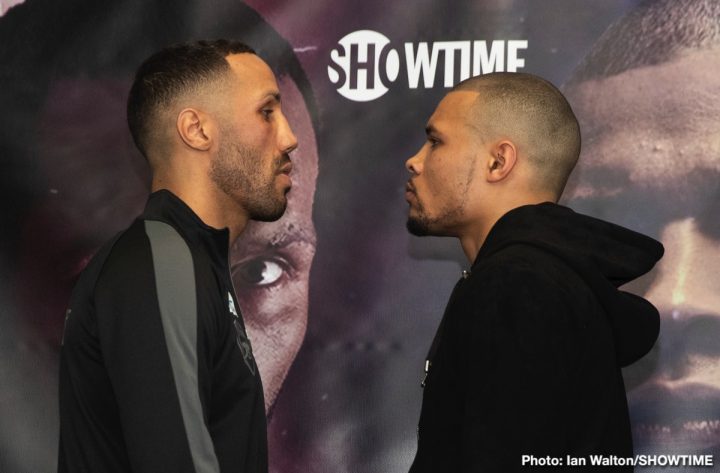 By Ian Aldous: After more than six years in the making, this Saturday night, James DeGale (25-2-1) and Chris Eubank Jr. (27-2) will finally share a ring. As I’m sat in the shadows of the O2 Arena following today’s pre-fight press conference, where they will do battle in two days’ time, I thought it as good a time as any to pick out ten talking points and questions that will be answered late into Saturday night when two of Britain’s best super-middleweights collide on ITV Box Office.

He’s been at the top for such a long time and no-one can discredit what the 2008 Olympic gold medallist and two-time world champion has achieved in not only the pro game, but the amateurs too. Having said that, I just don’t think he’s been quite the same since the draw with Badou Jack in January 2017. It was beautiful brutality and one of those wars after which, fighters never seem the same again. I think his two bouts (one win and one loss) with Caleb Truax are proof of that.

It seems unthinkable for a boxer to reach the heights that Chris has without having had a proper lead trainer. His father, Chris Eubank Sr., and Ronnie Davies have always been by his side, but never in a genuine lead trainer role. Half of Nate’s battle will probably be trying to get the headstrong Eubank Jr. to heed his words, which leads me to my next question….

DeGale declared it himself when he told me, ‘Eubank’s so arrogant he won’t pay attention. He’ll maybe listen for a couple of rounds’. I think the fact that he’s never had a full-time trainer tells its own story – he’s his own man and he does things his own way. I don’t really know how good of a trainer Vasquez is, but logic represents that he’ll surely provide some level of improvement – if Jr. lets him.

4. It’s all about levels

We’ve had that term coined for many fights over the years. My reason for bringing it up this time is because I believe DeGale can’t improve at this stage of his career, whereas Eubank Jr. has room to improve. Has he improved enough in his short-time working with Vasquez? We’ll find out on Saturday night.

5. Is the main event and the undercard PPV worthy?

ITV Box Office are pushing the event with a vast amount of adverts promoting the fight on its range of ITV television channels and social media platforms. In my opinion, I’d have loved to see this without any PPV fees on ITV. It would have produced massive numbers due to the profiles of DeGale and Eubank Jr. Both men are known to the wider public in the UK and I think it genuinely would have caught the imagination of not only the boxing fraternity, but the entire UK sporting fan base. On the undercard, I’ll be interested to see if Joe Joyce deals with former WBC heavyweight champion, Bermane Stiverne. Also, former IBF featherweight world champion, Lee Selby’s lightweight debut against Omar Douglas intrigues me. In my opinion, it’s 50/50 as to if it’s worthy of PPV.

The one factor in boxing that we can never, ever, ever, ever 100% trust is the opinions of the ringside judges. How many times have we seen mega fights end in controversy at the hands of the judges, allowing for immediate big money rematches to supposedly right the wrongs of the first bout. It would not surprise me if the main event goes the full twelve rounds. Neither man has ever been stopped and both are tough, hard to hurt super-middleweights.

7. Do you consider the IBO belt to be a genuine world championship?

The IBO 168lbs world title is on the line on Saturday. Eubank Jr. has already proudly worn the IBO strap when he stopped Renold Quinlan in 2017 before defending it twice against Arthur Abraham and Avni Yildirim. I personally do respect the values of the IBO and believe they should be held in a higher regard than the laughable WBA and WBC and their multitude of ‘world’ champions in each weight division.

8. Will the loser retire?

It was originally spoken about by James at the initial press conference to announce the fight that the loser should probably quit the sport. It’s fair to say that the loser will have limited options going forward, but Eubank Jr., who recently signed a three-fight deal with Al Haymon’s PBC, told me himself last month that, ‘ I haven’t even thought about the possibility of retirement or losing. That’s all his own thought process and that’s something I’m not even taking into consideration. It’s not possible, it’s not in my remit to even think the word of retirement, let alone talk about it at a press conference’. It’s hard to see that DeGale would continue on, should he lose, and it would probably be a good time to hang up his gloves as a former two-time world champion.

I love the fact that we’ve not seen any hysterical behaviour in the pre-fight build-up. It comes across to me as two men with a genuine rivalry who are desperate to beat each other into retirement. Eubank Jr. has been cool and calm and spoken with the utmost confidence, but we’ve been fooled by his words before. Even DeGale admitted to me that, ‘In the (George) Groves fight, he almost convinced me that he was going to beat Groves. Then round one comes on and I’m thinking, ‘what is he on about?’ he’s not good enough’.

I’m seeing this as a genuine 50/50 fight. If I had to pick a winner, I’d side with DeGale to be a little too slick for Eubank Jr. although I can’t see him hurting Chris, so I’ll say it’ll go twelve rounds and then it’ll be left it the hands of the judges. 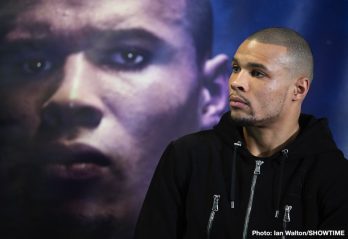 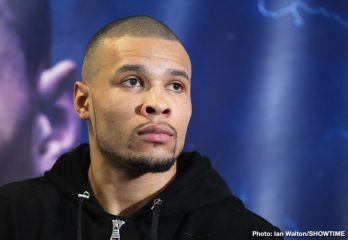 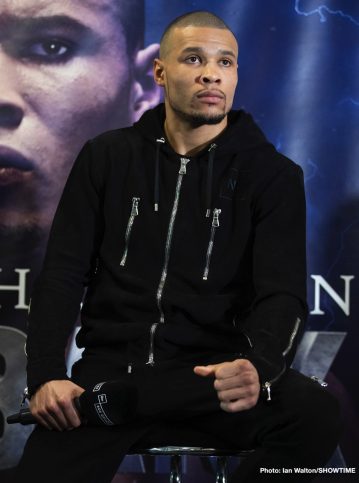 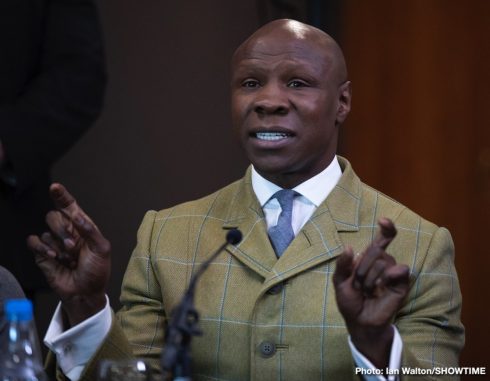 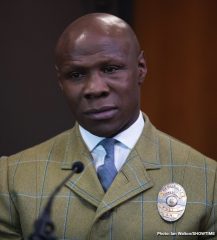 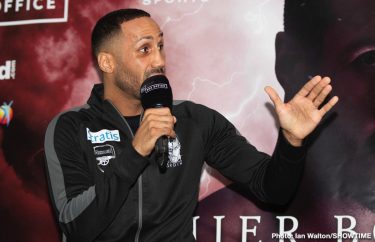 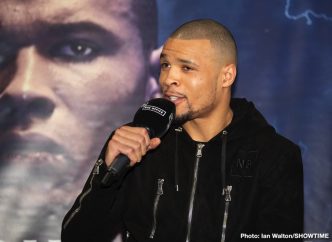 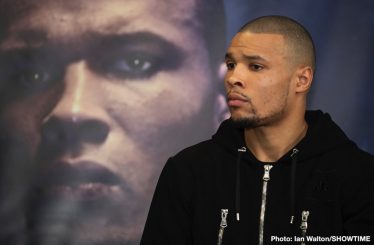 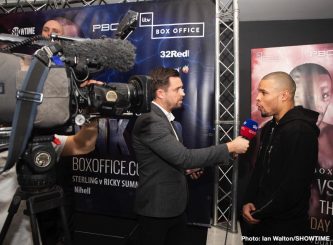 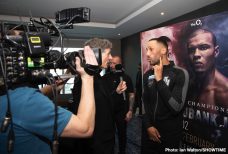 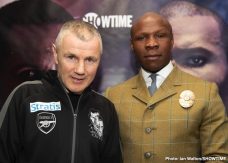 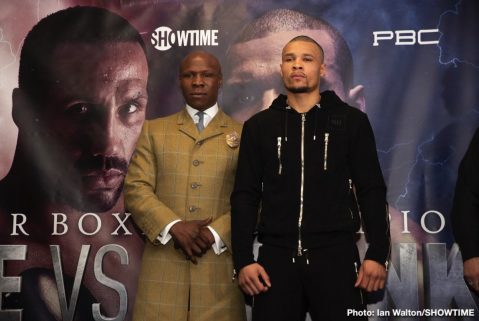 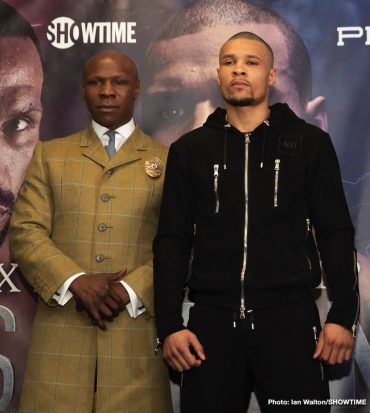 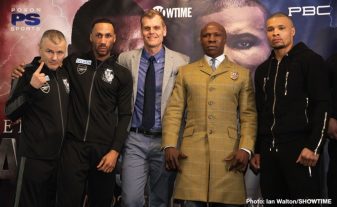 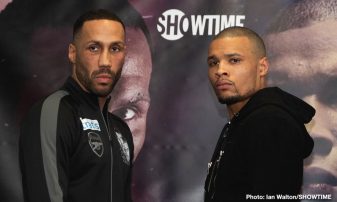 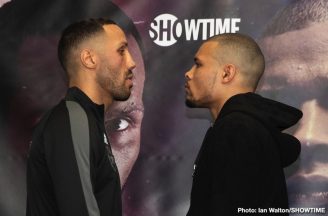 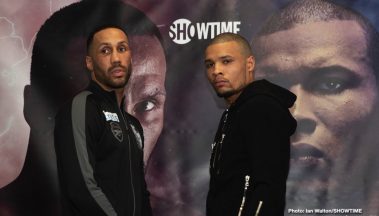 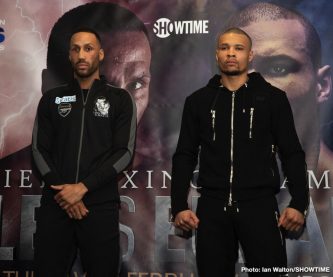 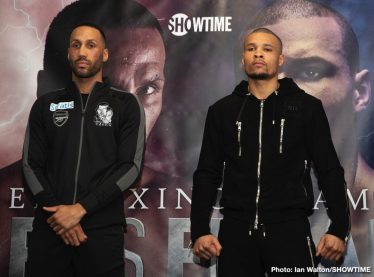 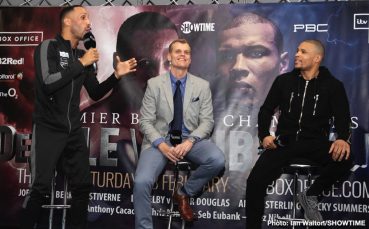 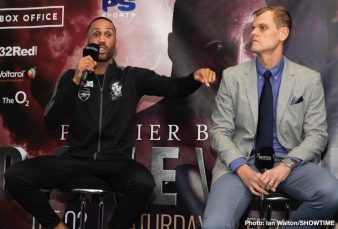 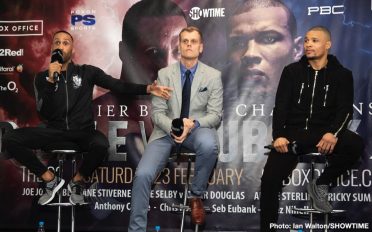 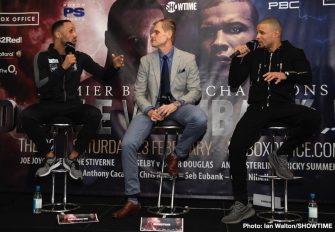 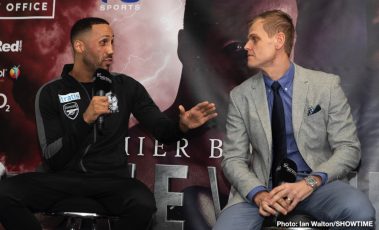 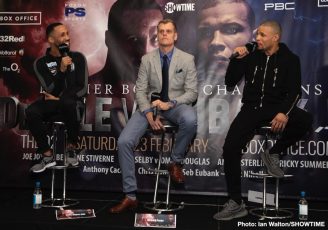 Parker pulls out of Chisora negotiations for April 20 fight »