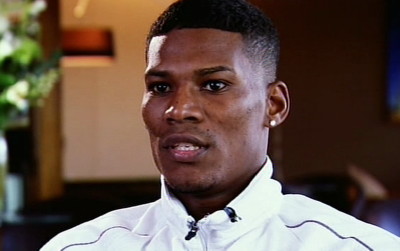 By Allan Fox: Breidis Prescott (26-4, 20 KOs) will get a chance to get some visibility this Saturday night in a scheduled 10 round bout against unbeaten and highly decorated former amateur star Terence Crawford (19-0, 15 KOs) on the undercard of the Brandon Rios vs. Mike Alvarado fight at the Mandalay Bay Resort & Casino, in Las Vegas, Nevada.

The fight will be televised by HBO, and it’s going to be a great opportunity for the 29-year-old Prescott to put in an exciting fight against another big puncher in the 25-year-old Crawford.

Crawford is a replacement for WBA world champion Khabib Allakhverdiev, who suffered an elbow injury and couldn’t make the fight.

Crawford is one of Top Rank’s fighters and they’re high on him and think he can make a mark in the lightweight or light welterweight divisions. However, it’s not likely that Crawford will be able to do anything at light welterweight because he doesn’t have the frame to be put in with the top guys at this weight. His best bet is for him to stay at lightweight, where he’s currently ranked #11 by the IBF.

Crawford reminds me a lot of lightweight Sharif Bogere. He likes to stalk his opponents around the ring and throw the same wild looping shots that Bogere is known for throwing. His punching style will cause him major problems against a fighter that throws straight punches and knows how to block the wide looping shots that he’s known for.

Someone like Adrien Broner would destroy Crawford if the fight were to ever happen. It obviously will never happen due to Crawford fighting for Top Rank and Broner with Golden Boy, but it’s clear that Broner would be way too strong and big for Crawford. It’s possible that Crawford could pick up one of the lightweight titles at some point in the future when the current champions move up in weight but right now he’d get beaten by Ricky Burns, Richard Abril, Broner and Miguel Vazquez.

This is a toss-up fight because Prescott is definitely the harder puncher and the bigger guy, but he’s got stamina problems, and he’s had some tough losses in the last four years. There might be too much wear and tear on Prescott for him to win this fight. However, if his stamina holds out he’s going to be a nightmare for Crawford because this guy is made to order for Prescott with the way he comes straight at his opponents, and he doesn’t have Prescott’s power or frame.

Top Rank is obviously hoping that Crawford can win this fight and make a name of sorts in the process. However, if he loses badly, then they may need to look at letting the guy go because if he can’t get past Prescott then have to question how far the guy can go.

Pacquiao: I’m ahead of Marquez in the tally of our four fights »