Pirog wants Sturm next: Don’t hold your breath waiting for it to happen 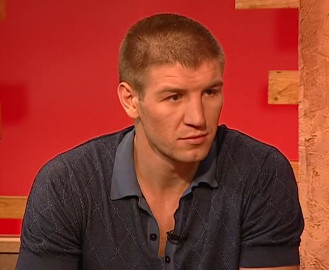 Pirog, 32, hasn’t done squat since winning the vacant World Boxing Organization title last year with a 5th round TKO over Daniel Jacobs. Pirog has had two fights since then against less a couple of contenders but no one of note.

A fight against would be the biggest of Pirog’s career and easily the highest paying. However, I can’t see Sturm agreeing to take the fight. Pirog presents a huge risk for him, and as we’ve seen with Sturm’s last three fights this year against Ronald Hearns, Mathew Macklin and Martin Murray, he’s either slipped some due to aging or the competition has simply caught up to him.

I think it’s more of a case of the opposition improving, as Sturm was never a great fighter even four years ago when he was younger. He was stopped by Javier Castillejo in 2006, and went life and death twice with Randy Griffin in fights that Sturm appeared to lose but was given a draw in the first fight and a 12 round decision win the second.

Sturm has been making good money just facing the regular contenders in the division. He doesn’t need nor has he shown any desire to take any risks. Pirog would be a major risk for a fighter that is probably on his last legs as the WBA champion. He’s not going to take that risk, so Pirog needs to look elsewhere for important fights.

De La Hoya pushing for better referees and judges in 2012 »