Cotto needs to give Margarito a rematch 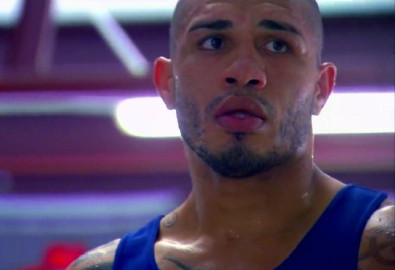 By Dan Ambrose: Due to the controversy of the New York doctor stopping the fight just when Antonio Margarito was starting to take command of the fight, I think WBA junior middleweight champion Miguel Cotto needs to do the right thing and give Margarito a rematch so the two fighters can settle the matter once and for all. They’ve had two fights now with each guy winning one battle.

Margarito whipped Cotto by an 11th round TKO in 2008, and Cotto got a doctor’s stoppage in his recent win earlier this month in New York. The way that the fight ended it really tainted the win in my opinion because Margarito beginning to get to Cotto. I know Cotto probably doesn’t want to take any chances by facing Margarito again, but I think he may have no other choice in the matter.

Cotto wants to fight Manny Pacquiao next, but that’s probably not going to happen in 2012, so Cotto needs to calm down his overactive imagination because he’s not going to get that fight. And who else is there besides Pacquiao and Margarito for Cotto to fight? It certainly isn’t going to be Floyd Mayweather Jr. no matter how badly Cotto may or not want the fight. Mayweather fights for Golden Boy Promotions and Cotto for Top Rank.

The competing promotional companies aren’t likely to agree to put this fight together any time soon. And when you take away Mayweather and Pacquiao, there’s really only Margarito for Cotto to fight. I mean if you match Cotto against any of the top contenders in the junior middleweight division – Paul Williams, Erislandy Lara, Alfredo Angulo, James Kirkland and Sergiy Dzinziruk – Cotto will lose. Yeah, there’s some weak opponents that Cotto can probably defend his title against in order to keep it for a little while longer, but Cotto wants big money when he fights now and not chicken feed.

That’s why his fights are on pay per view now rather than regular cable. You can’t match Cotto against a nobody and expect HBO or Showtime to agree to put it on. It was bad enough when Cotto recently fought 38-year-old Ricardo Mayorga instead of a younger contender like Lara, Angulo or Kirkland. Cotto can’t keep doing that. He’s either going to have to fight Margarito again or face one of the top contenders and risk getting stopped. With the Pacquiao fight not happening for him next, Cotto is going to have to fight a live body. He can’t dig up another old timer to fight.

McCloskey to Khan: We didn’t get anywhere with our complaint, why should you? »