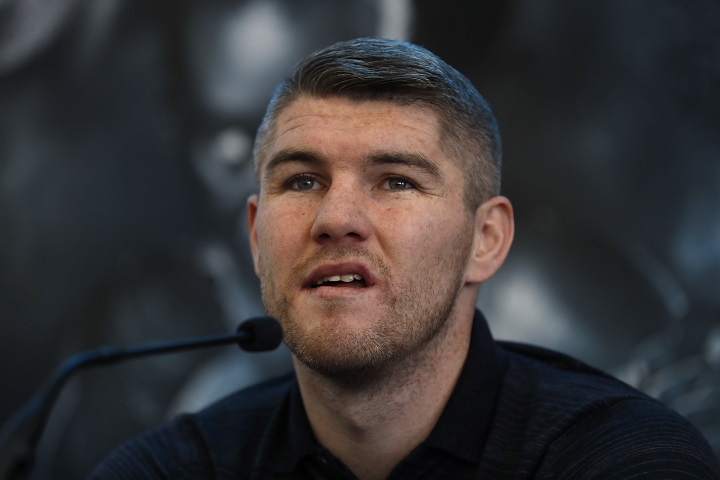 Smith’s promoter will likely insist that his fighter face Ali next in his first title defense. Smith defeated Liam Williams by a 12 round decision last November to become the mandatory challenger for the WBO junior middleweight title. At the time, Cotto was the WBO 154lb. title. Smith was hoping Cotto would hang around the sport long enough for him to challenge him for the WBO belt instead of to fight for the vacant title against the highest ranked contender below him, which is #2 WBO Magomeda Kurbonov.

So it looks like it's @realworldkidali next 👍🏼 congrats on your win 👏🏼

Smith will be a tough opponent for Ali if he takes the fight. It would be hard to predict a winner based on how both guys looked in their last fights.

Sadam Ali hasn’t yet said whether he’ll vacate the WBO title or defend it. He’s leaving it up to his promoters at Golden Boy Promotions. During the post-fight press conference last Saturday, Oscar De La Hoya seemed to be undecided about whether Ali will keep the WBO junior middleweight belt or vacate it. De La Hoya said Ali has a lot of options available to him at 147 and 154. However, if Ali going to stay at 154, those options aren’t as extensive as De La Hoya might think. It means he’s going to need to defend against Smith in his next fight if the World Boxing Organization orders him to defend against Smith.

Smith, 29, previously held the WBO title from 2015 to 2016. He was beaten by Saul Canelo Alvarez by a 9th round knockout last year on September 17 at AT&T Stadium in Arlington, Texas. As the WBO champion, Smith didn’t take full advantage of his time as a belt holder. In Smith’s 2 successful title defenses, he milked his belt in defending it against Jimmy Kilrain and Predrag Radosevic before losing to Canelo last September.

To get back into the mandatory sport for the WBO title, Smith defeated Marian Cazacu (2-37-1) and Liam Williams (16-20-1). Smith’s beat Williams twice. They fought a second fight due to the first one ending with Williams being cut badly on his right eyelid.