Dirrell: “Winning is everything right now” for Abraham bout 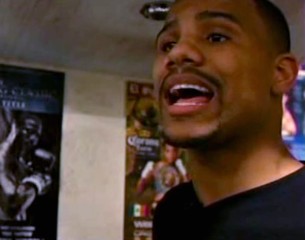 By Scott Gilfoid: Andre Dirrell (18-1, 13 KO’s) enters his March 27th stage 2 Super Six bout tied for last place in the scoring with Mikkel Kessler and Allan Green with zero points. Dirrell, 26, will be facing the tournament leader Arthur Abraham (31-0, 25 KO’s), who has three points after knocking out his stage 1 opponent Jermain Taylor in the 12th round in October. Dirrell will be looking to reverse course and pick up a win and move create a tie with Abraham by knocking him out in their fight at the Joe Louis Arena, in Detroit, Michigan.

Abraham has only fought twice in his career out of his adopted country of Germany, and he’s never had to fight in front of a hostile crowd before like he’ll likely be facing on the 27th of this month. Abraham downplays the advantage for Dirrell, remarking “I guess it will be a little bit of an advantage for him [Dirrell] in front of his home fans, but inside the ring we are all just by ourselves and you have to fight on your own, so that shouldn’t a problem.”

That sounds a lot like some kind of psycho babble to me to give himself a feeling of false courage. Believe me, Abraham is going to be scared when he steps in the ring and hears 20,000 screaming Dirrell fans rooting against him. Abraham won’t be fighting well with that many fans going against him. But then again, Abraham would have problems with Dirrell anyway, because Dirrell is the much more talented fighter with better hand speed, better movement, better defense and just plain better overall skills than Abraham will ever have.

Abraham has been successful during his career up until now, but his opponents in most cases have been very mediocre because of how weak the middleweight has been while Abraham has held down the International Boxing Federation middleweight title. Dirrell, if he had faced the same opposition that Abraham has fought in Germany, I believe he would be 31-0 just like Abraham.

Abraham has picked up some sparring partners recently that are supposedly trying to mimic the fighting style of Dirrell. Good luck, Abraham. You can’t find anyone that fights like Dirrell. He’s totally unique, and there isn’t anyone as talented as him in the division other than Roy Jones Jr. and Floyd Mayweather Jr. during the early point of their careers. Abraham says that the sparring partners are running from him, as if this is how Dirrell fights.

That is so wrong. Dirrell doesn’t run from anyone. He moves laterally, jabs and sets traps for his opponents. He never runs. If Abraham thinks that Dirrell is going to be running from him on March 27th, he’s going to be sadly mistaken when Dirrell starts driving straight left hands down his throat all night long.

If any running is going to be done, it’s going to be Abraham, who I see running to the ropes and covering up in a timid manner like he did against Edison Miranda. Dirrell is going to beat the stuffing out of Abraham in this fight much like Miranda did in his first fight against Abraham in September 2006, a fight which I felt Miranda should have easily won. That fight, by the way, took place in Germany.

The Dirrell-Abraham fight won’t. The painfully slow Abraham is going to get humiliated by the lighting fast Dirrell. This is going to be like matching a 50s fighter against a modern fighter, with Dirrell just boxing circles around Abraham all night long while Dirrell’s fans cheer him on.

« Haye: “I’ve got to either stop or absolutely batter Ruiz to a pulp” – News

Cotto vs. Yuri Foreman on June 5th at Yankee Stadium »