Cotto vs. Yuri Foreman on June 5th at Yankee Stadium 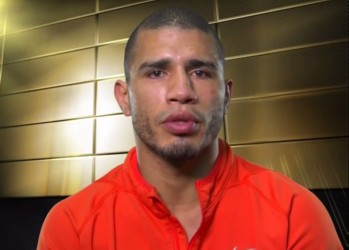 By Chris Williams: Former WBO welterweight champion Miguel Cotto (34-2, 27 KO’s) has been confirmed for a fight against World Boxing Association light middleweight champion Yuri Foreman (28-0, 8 KO
s) on June 5th at the Yankee Stadium, New York, New York. The stadium, which is normally used to house the New York Yankees baseball team, will be retrofitted to fit “between 30,000 and 35,000 fans,” according to news from CBS Sports. This is perhaps an ambitious number for a fight that matches Cotto, a fighter who was recently beaten to a pulp by Manny Pacquiao in his last fight in November.

Cotto, 29, has been stopped in two out of his last four fights in the past two years and looks like a shell of his former self. Instead of chasing paper champions, Cotto perhaps would be better off taking a tune-up fight or three against some lesser fighters before going after an arguably more meaningful title and opponent next year.

However, there are some people who think that Cotto is going after Foreman, a fighter that few boxing fans have heard of, because Cotto can use the WBA light middleweight title as title bait for Manny Pacquiao, who into collecting titles for some reason and might want a chance to pick up an eighth world title.

Given how easily Pacquiao beat Cotto last year, he might be interested in beating him again and capturing yet another title. Some boxing fans might be interested in seeing the fight, although I wouldn’t. Cotto needs to pick up some significant wins over some known opponents for me to want to watch him get slaughtered again by Pacquiao.

A victory over Foreman, who is seen by some people to be the weakest of the light middleweight champions, isn’t what I have in mind in getting some good wins under his belt. I guess you could see it as a tune-up fight, because Foreman has zero power and more of a clincher/runner than a power puncher. I can’t see the fight as being an entertaining one for boxing fans, though, mostly because of Foreman’s running style of fighting.

If the Yankee Stadium does sell out at 35,000 fans, I can see a lot of upset people when they see how boring this fight will likely be. Cotto is an exciting fighter, but it takes two to fight and if Foreman is clinching and running all night long, it could end up annoying a lot of New Yorkers.

The last time a boxing match was held at Yankee Stadium was way back in September 1976, in a fight that matched Ken Norton vs. Muhammad Ali. That fight, too, was promoted by Bob Arum of Top Rank. I can see that fight being held in the Yankee Stadium. I can’t see the Cotto-Foreman fight being held there. But who knows? Maybe Foreman has more fans than I think he does in New York. Cotto could bring in a lot of fans on his own due to his Puerto Rican fan base coming to see him fight Foreman. It does seem like a strange place for what I consider to be a small time fight.

« Dirrell: “Winning is everything right now” for Abraham bout

Froch-Kessler: Will Carl resort to rough stuff if things go badly for him? »