Canelo Alvarez open to Artur Beterbiev fight next May 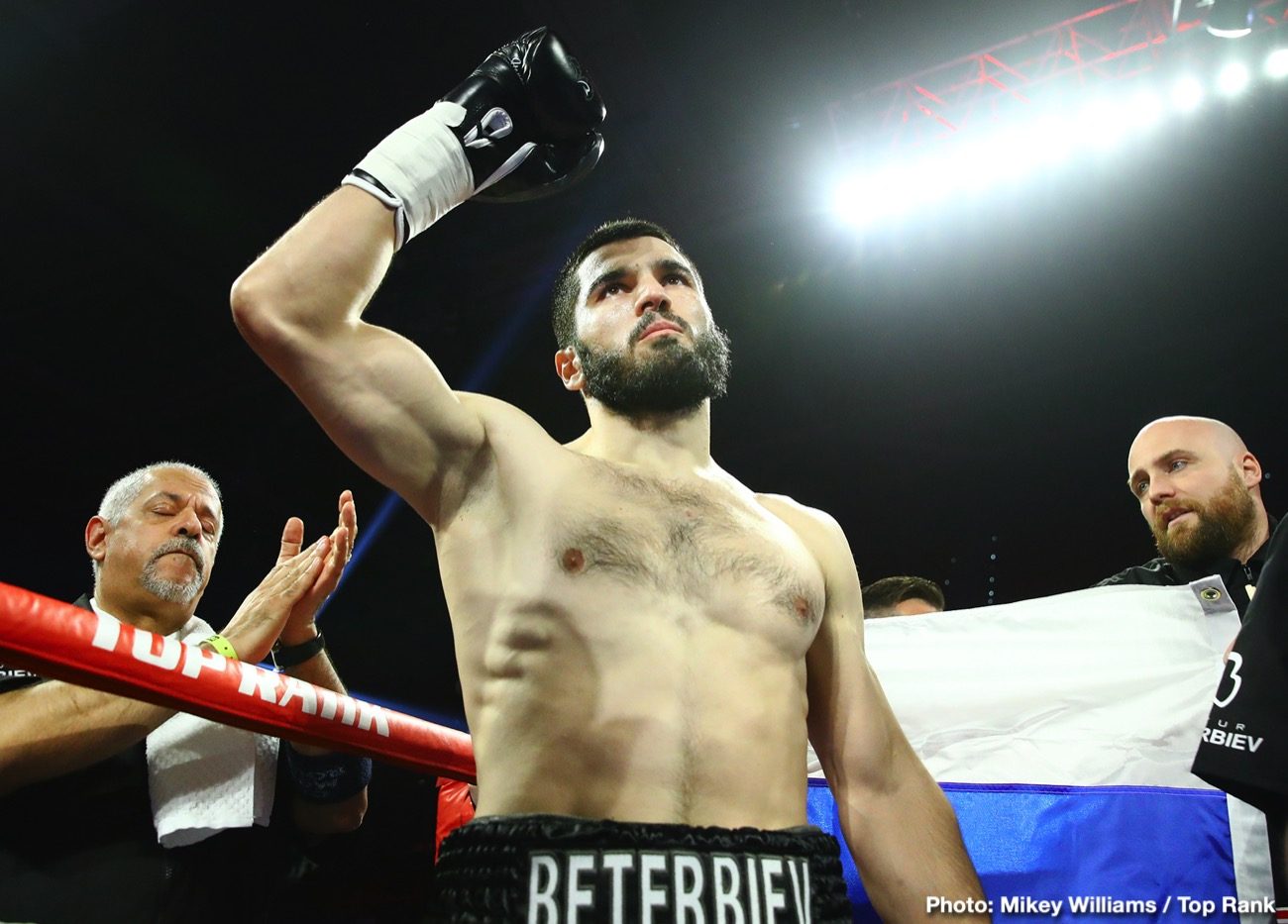 By Aragon Garcia: Saul Canelo Alvarez is considering taking on IBF/WBC light heavyweight champion Artur Beterbiev next May if he comes out victorious against WBO champion Sergey Kovalev on November 2. A win for Canelo over Beterbiev would turn the boxing world upside down, making him an even bigger star than he already is.

Canelo (52-1-2, 35 KOs) is moving up two divisions to take on 175-lb champion “Krusher” Kovalev (34-3-1, 29 KOs) for his title on DAZN at the MGM Grand Garden Arena in Las Vegas, Nevada. Canelo is the favorite to beat Kovalev. Size isn’t a factor when it comes to a fighter with Canelo’s boxing skills.

Canelo will get massive credit if he defeats Beterbiev

The knock that some boxing fans have on Canelo is the fact that he’s won his world titles against less than the best at 154, 160 and 168. In each case, Canelo fought a belt holder but not the best fighter in those weight classes. In defeating Beterbiev, Canelo will beat the #1 fighter at 175, and he would get full credit for the win.

Eddy Reynoso told me several guys are possible May opponents for @Canelo, and he included @GGGBoxing on the list, but mentioned @FutureOfBoxing and @bjsaunders_ most….also said he doesn’t mind fighting Beterbiev in victory..

According to Canelo’s trainer Eddy Reynoso, Beterbiev (15-0, 15 KOs) is one four options that they’re considering for his fight in May 2020. These are the guys that Canelo is looking at fighting:

Canelo wouldn’t consider fighting GGG again, but DAZN wants him to. The fight is no challenge for Canelo after he already beat him last year in September. It’s already tired and redundant for Canelo to have to keep fighting Golovkin. Until GGG shows that he’s willing to fight a top light heavyweight like Canelo is doing it’s not worth it for him to fight him again. Canelo thinks Golovkin lost his last fight against Sergiy Derevyanchenko, and a lot of boxing fans agree.

Canelo wants new challenges against fighters like Beterbiev, Charlo and Saunders. Obviously, the best of the bunch is Beterbiev. Charlo has looked poor since moving up to middleweight. He should have lost his fight against Matt Korobov, and looked equally bad in his fight against Brandon Adams.

“I love the way he fights,” said Badou Jack to Thaboxingvoice about Beterbiev. “No, I told everybody that Beterbiev was going to knock him [Gvozdyk] out. They [judges] were crazy that day in having the other guy winning. I thought Beterbiev was winning clearly. It was kind of close, but it was crazy. Up to that point, but he won.

‘Beterbiev broke him down. He’s a vicious puncher, and he’s got that strength, and power with both hands that you’re born with. You can’t teach that. He [Gvozdyk] didn’t really get hit clean though, but that tells you how hard Beterbiev punches. He hits you on the gloves and everything. People say he’s stiff, and one-dimensional fighter. Nah, he’s got good footwork , he’s got a good jab, and he’s got sneaky power. He’s a good fighter. I like him,” said Jack.

Former world champion Badou Jack liked what he saw of Beterbiev last Friday night with his 10th round knockout win over WBA light heavyweight champion Oleksandr Gvozdyk (17-1, 14 KOs) on October 18 at the Liacouras Center, in Philadelphia. Beterbiev fought like a carbon copy of Canelo in attacking Gvozdyk’s body with power shots, and slowly wearing him down. In the 10th, Beterbiev knocked Gvozdyk down three times, which necessitated the fight be stopped.

“Kovalev is a bigger name, so you can’t blame him,” said Jack about Canelo choosing Sergey to fight. “And Kovalev is a big puncher, and he might not be as good as he used to be. But he’s still dangerous, and can still punch. He’s still winning, and that’s a tough fight. Canelo fought one super middleweight guy [Rocky Fielding] that wasn’t really a top guy. That was an easy guy. Kovalev is a good test. Let’s see what happens. I don’t know. That’s a possibility, and that’s probably why they picked him,” said Jack about Kovalev being weak to the body.

“Kovalev can still punch, and he’s big. Canelo never fought nobody with that kind of power. But Kovalev didn’t look good in his last fight [against Anthony Yarde], even though he won. He fought a guy with limited experience, and almost got stopped. And he didn’t have any experience. Canelo is one of the best pound-for-pound fighters. I favor Canelo to win, but I wouldn’t be surprised if Kovalev got the job done,” said Jack.

Jack is picking Canelo to beat Kovalev, but he’s also not ruling out a victory for the Russian fighter. Although Kovalev has lost a lot from his game due to age, he still punches hard, and could be a problem for Canelo, says Jack. He says Kovalev hits harder than anyone that Canelo has ever fought before. If that’s the reality, then Canelo will need to limit the amount of shots he gets hit with. 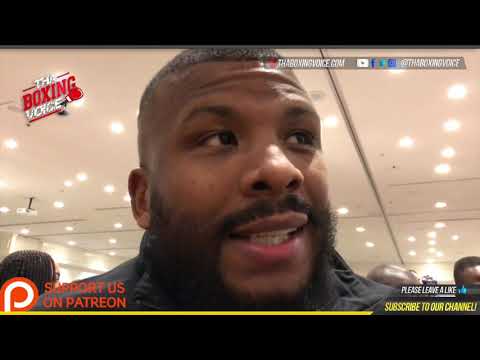