Andre Dirrell making comeback at 175 in Nov. or Dec. 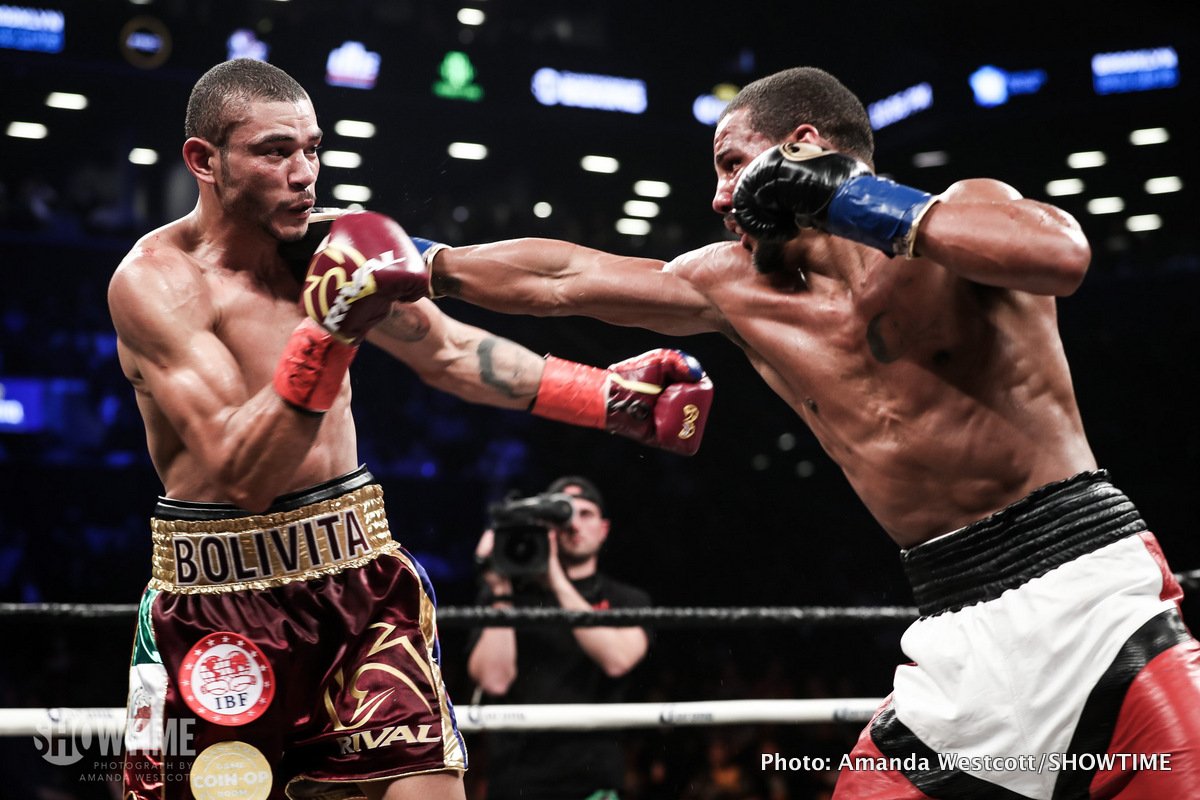 By Kenneth Friedman: 2004 Olympic bronze medalist Andre Dirrell will be making a comeback at light heavyweight in November or December, according to ESPN. Dirrell has fought only four times in the last four years since 2015. Getting the rust out is going to be difficult for Dirrell, because tends to fight infrequently.

This is a risky move on Dirrell’s part in making a comeback at 175, because he had problems handling the punching power from fighters at 168. The top fighters at light heavyweight are huge punchers with a lot better power than the guys at 168. Unless Dirrell’s chin has improved in the last year, his comeback is going to badly.

Dirrell would be better off losing weight and going down to 160, but he might be too big to make weight. During the prime of Dirrell’s career, he looked lean and cut up at 168. It might be impossible for him to lose weight to go down to 160. That would be the perfect division for Dirrell.

Dirrell inactive since loss to Uzcategui

The 36-year-old Dirrell (26-3, 16 KOs) hasn’t fought since losing his rematch to Jose Uzcategui by an 8th round stoppage in March 2018. Dirrell was doing reasonably well in the Uzcategui fight, but then suddenly quit in the 8th. It was strange, but par for the course for Dirrell.

His first fight with Uzcategui had a controversial ending when Dirrell was hit after the bell ending the 8th round. Uzcategui got a little carried away after trapping Dirrell against the ropes late in the round. When the bell sounded and the end of the round, Uzcategui continued to punch. Dirrell went down and was too hurt to get back up. The referee then disqualified Uzcategui

Dirrell has had bad luck during his career. He appeared to out-box Carl Froch in October 2009, but wound up losing a controversial 12 round split decision. The fight took place in Froch’s hometown of Nottingham, UK.

Dirrell was later involved in a crazy fight with Arthur Abraham in March 2010 in which he was hit with a big shot to the head after slipping to the canvas in the 11th round. Abraham didn’t hold back in nailing Dirrell while he was in a sitting position on the canvas.

In a delayed reaction, Dirrell grimaced, then fell over to his right side and laid there not moving. The referee had no choice but to disqualify Abraham. At the time of the disqualification, Dirrell was up on the scorecards by the scores 97-92, 97-92 and 98-91. He’d dropped Abraham earlier in the fight in the 4th round, and was doing a good job of out-boxing him.

Dirrell’s brother Anthony Drrell will be defending his WBC super middleweight title against David Benavidez this Saturday night on the Errol Spence Jr. vs. Shawn Porter card on Fox Sports PPV at the Staples Center in Los Angeles, California. Dirrell, 34 is the underdog for that fight.