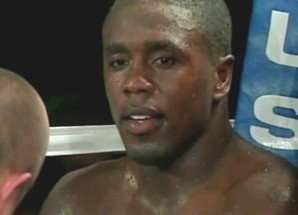 Welterweight prospect Andre Berto (19-0, 16 KOs) will meet up with experienced fighter David Estrada (21-3, 12 KOs) for the NABF welterweight title on Saturday night at the Boardwalk Hall, in Atlantic City, New Jersey. Considered one of the top prospects in the welterweight division, Berto has breezed through his first 19 fights in an effortless fashion. showing brilliant handspeed and extraordinary power as he’s knocked out sixteen of his foes during that time.

Still only 24, and ranked # 5 in the WBC welterweight listings, Berto is coming off a 10-round unanimous decision effort against Cosme Rivera in July 2007, a bout in which Berto was knocked down in the 6th round of the fight. It appeared, however, that Berto had been off balance when hit by Rivera, but it was enough to cause doubt in Berto’s abilities by many in the boxing community, who feel that his chin and defense may have potential problems.

Berto fought in the 2004 Olympics for the Haiti team, after being disqualified in a box off for the American team. Unfortunately, Berto was beaten in his very first match of the Olympics. However, the experience was a positive one for Berto, for he was able to get valuable experience against a top flight opponent Vanes Martirosyan from America.

Estrada, ranked #8 in the WBC, is mainly known for his losses to Ishe Smith, Kermit Cintron and Shane Mosley, than any real significant wins during his career. Estrada fought all three of them fiercely, giving a good showing of himself as he was very aggressive, trading huge shots until the very end. Not a particularly hard puncher by any means, he makes up for it by throwing a high volume of punches and never letting up on his opponents. He fought a very close fight with Cintron up until the 9th round when Citron began to bombard him with monstrous right hands and eventually taking him out in the 10th round.


« Taylor Angered By Lack Of Respect