By Robert Segal: Promoter Eddie Hearn ripped into both Jaime Munguia and Jermall Charlo last Saturday night for the way the two have conducted their careers.

Firstly, Hearn doesn’t like the inactivity that the unbeaten WBC middleweight champion Charlo (32-0, 22 KOs) has had since last year.

The 32-year-old Jermall has been out of the ring for the last 17 months, and he revealed recently that he’ll be fighting in February.

That means Charlo will have been out of the ring for 20 months by the time he sees action again, which Hearn feels makes it difficult for him to build a large fanbase.

Recently, Jermall called out WBA light heavyweight champion Dmitry Bivol, asking the unbeaten fighter to face him next. However, Hearn laughed at the time, saying it would not happen due to inactivity for Charlo.

It’s unclear why Jermall hasn’t been fighting, and it’s also strange that the World Boxing Council has allowed him to do this without stripping him of his WBC 160-lb title and giving him the emeritus tag at the very least.

“When did [Jermall] Charlo last fight? It was a year and three months ago. I don’t understand. Boxing is so messed up with fighters making too much money that don’t represent their commercial value,” said Eddie Hearn to Fighthype, criticizing the inactive WBC middleweight champion Jermall Charlo. 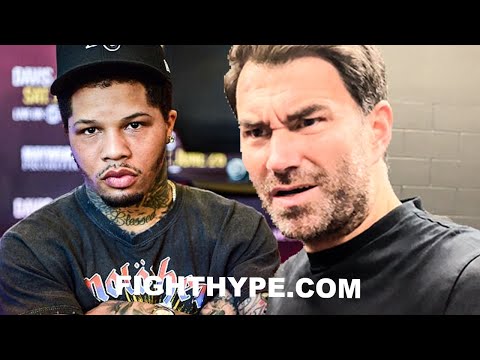 “These guys would rather not fight. It tells you how much they love the sport and care about their legacy, where they’re really just happy to drive around in Lamborghinis and not really getting in the gym.”

Some fans believe that Jermall has been living it with the millions that he’s made inside the ring, going overboard, enjoying the fruits of his labor, and forgetting about his career in the process.

If it’s true that Charlo has been interested in enjoying the money he’d made and not continuing to work on his craft, he’s going to be asking for trouble when he returns to action.

As it is, Jermall was almost beaten by a very average contender Juan Macias Montiel in his last fight. The fact that Charlo is struggling to beat the likes of Montiel suggests that he won’t hold onto his WBC 160-lb title for much longer before he’s beaten.

“That’s why I have so much respect for Canelo because he actively wants to fight,” said Hearn. “He could just have a year off if he wanted to and just go on holiday, but he wants to get back into the gym and wants to fight. That’s what they should be doing, but so many of them are so inactive.

“No,” said Hearn when asked if he takes Jaime Munguia seriously. “Jaime Munguia; by the way, I like Jaime Munguia, and I like Fernando Beltran and these guys. His [Munguia] resume is awful.

“The fights that he’d had recently, I don’t want to go in too hard because I like the guy, and I like the team, but he had the opportunity move up and fight Demetrius Andrade when he [Munguia] moved to middleweight. He said, ‘No,’ [for a fight against Demetrius].

“Then he [Munguia] went and fought nobody about eight times. Then he had the opportunity to fight Janibek [for the vacant WBO middleweight] world title, and he said, ‘No.’

“Like, I don’t know what they [Golden Boy Promotions] are doing with Jaime Munguia. I think he’s a good fighter. I think he looks great, I think he could be a superstar, but it’s just the worst matchmaking from Golden Boy that I’ve ever seen.

“The last guy [that Munguia fought, Gonzalo Gaston Coria], it was unbelievable. It was bad leading up to that. I don’t know what he’s doing,” said Hearn.

“I just don’t see [Jermall] Charlo as a draw,” said Hearn when asked if he’d like to see IBF/WBA middleweight champion Gennadiy Golovkin fight WBC champ Charlo next. “I don’t see how you can build a profile of a fighter when he’s inactive for 15 or 16 months,” Hearn said about Jermall, who hasn’t fought in 17 months.

It’s a waste of Golovkin or Canelo Alvarez’s time to fight Jermall Charlo because he’s been too inactive in his career, and his resume is littered with weak opposition.

It would be good if the WBC stripped Jermall and let some other contenders get a chance to fight for that belt. Can you imagine if there was a Super Bowl winner in the NFL that decided to take a full 16-game season off and then immediately compete in another championship game without even playing?

If the WBC strips Charlo of his 160-lb belt, #2 contender Carlos Adames could fight for the belt against one of these contenders:

It’s doubtful that Munguia would agree to fight Adames for the WBC belt, but even if he doesn’t, there are contenders that would jump at the chance to compete for that title.

“Gennadiy Golovkin against Munguia, that’s a fight that could be a lot more interesting, a lot more bigger,” said Hearn. “Listen, if I’m Jaime Munguia, I’m trying to get a fight against Canelo Alvarez. For me, that’s a massive fight, but at the same time, you’ve got to beat the opposition to put yourself in the hat for that fight,” said Hearn.

Munguia has made it known that he wants the Golovkin fight, but I don’t he deserves that fight. The weak resume of Munguia at 160 and 154 makes it not worth it for Golovkin to fight him.

To fight IBF/WBA middleweight champion Golovkinn for his titles, Munguia should prove himself worthy by beating these fighters:

Munguia should have to run the gauntlet by beating those five fighters before facing Golovkin because he’s had it too easy during his nine-year professional career. The 26-year-old Munguia has been taking the backdoor route to a big fight against Golovkin or Canelo and doesn’t deserve either of those fights.