By Jim Calfa: Regis Prograis wants to hurt former unified lightweight champion Teofimo Lopez after hearing him call him “slow” in an interview.

Teofimo hasn’t talked of wanting to mix it with Prograis, so the chances of Regis getting his wish to hurt him are slim right now.

Regis would like nothing better than to make his first defense of his WBA 140-lb title against Teofimo (17-1, 13 KOs) in early 2023. However, Teofimo has got his hands full with Sandor Martin on December 10th, facing the Spaniard on December 10th on ESPN+ at Madison Square Garden in New York.

The chances are high that Teofimo’s career will soon go belly-up, making it unnecessary for Prograis to fight him. Teofimo looked terrible in his debut at 140 against Pedro Campa last August, and unless he makes dramatic improvements on December 10th, he’ll lose to Martin.

Teofimo looked dreadfully poor against Campa and was lucky that the guy had no power, otherwise, he would have taken another loss.

It’s not a given that the 25-year-old Lopez will beat Sandor because we already saw Teo lose to a lesser fighter in George Kambosos Jr. 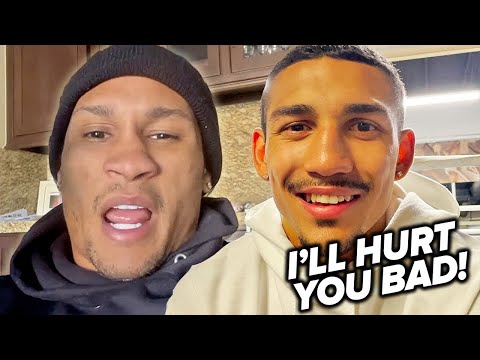 “You saw Teofimo talking s**t, saying I’m slow and all that he going to eat next year. Can y’all let Teofimo know what I’ll do to him?” said Regis Prograis on social media, reacting to Teofimo Lopez criticizing him.

“I like the purists. I like Floyd [Mayweather], I like Pernell [Whitaker], the real good boxers like Rigondeaux. But my idols, they’re people that really try to hurt their opponents. Mike Tyson, Roberto Duran, Marvin Hagler, Tommy Hearns, Sonny Liston, George Foreman, Henry Armstrong, that’s who I kind of look up to.

“I really try to hurt my opponents for real. Somebody asked me about an interview I did yesterday. When I fight, I really want to hurt you. Teo talking s**t; I’m cool with Teo.

“Me and Teo have been in the same room and all that stuff. But I really feel like I’ll hurt him, and hurt him bad to where he’ll really be messed up for real, going to the hospital type of s**t.

“That’s how it is. I saw him talking a little bit of s**t. I know you got to hype up your fight with Sandor Martin. You got a good fight coming up [on December 10th]. I’m rooting for you. I think you’re going to win that fight.

“It’s definitely a big test for you because Sandor Martin is coming off a good win over Mikey Garcia. So I think that’s a big test for you, I think it’s good, but I just think there are levels to it,” said Prograis.

“Canelo is going to shut everybody up” – Richard Schaefer »