“Canelo is going to shut everybody up” – Richard Schaefer

By Allan Fox: Promoter Richard Schaefer is predicting that Canelo Alvarez will “shut” his doubters up and come back from his loss to Dmitry Bivol in 2023.

The former Golden Boy promoter Schaefer attributes Canelo’s narrow 12 round unanimous defeat to WBA light heavyweight champion Bivol (21-0, 11 KOs) last May to an “off night,” which was caused by “stuff” going on in his personal life.

We already know that Canelo (58-2-2, 39 KOs) fought Bivol with an injured left wrist, and he had a shoulder problem. Not surprisingly, Canelo’s training camp wasn’t good for the Bivol fight.

What further hurt Canelo’s chances of winning the game plan of loading up on single shots, hoping to score a knockout of Bivol.

That game plan worked for Canelo while he was battling to become the undisputed at 168 against Rocky Fielding, Callum Smith, Billy Joe Saunders, and Caleb Plant, but not against Bivol.

“Look, Canelo is great. Canelo is the face of the sport. He had an off night. Every fighter sometimes has an off night, and that’s just the way it is,” said promoter Richard Schaefer to ESNEWS about Canelo Alvarez’s loss to Dmitry Bivol last May. 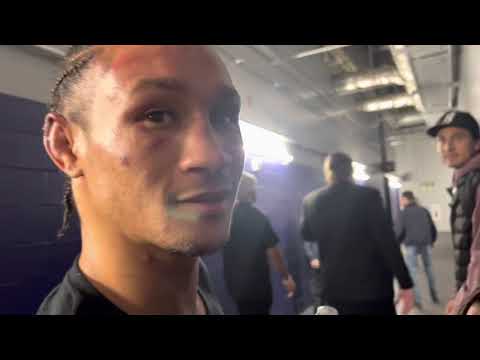 “I believe that Canelo had a lot of stuff going on in his personal life, and he’s not one to complain or come up with any excuses. That’s what a great fighter does.

“So a lot of people think, ‘Oh, he shouldn’t go and fight Bivol again. It’s too dangerous, and so on.’ Look, Bivol is good, don’t get me wrong, but Canelo is great.

“Canelo is going to shut everybody up. I know how motivated he gets by these types of challenges. That’s what he lives for, those kinds of challenges, and we saw when he lost to Floyd Mayweather at a very young age. What did it do? It motivated him, and it motivate him to become the best fighter in the world.

“This loss, this off night, is motivating him to yet take it to a different level,” said Schaefer about Canelo.

Canelo will be fighting in May against possibly his WBO mandatory John Ryder in the UK.

“Look, both of these guys are great fighters, but I think Benavidez is another one of those generational talents, so I would pick Benavidez,” said Schaefer.