Jose Zepeda vows to battle Regis Prograis to the end

By Huck Allen: Jose ‘Chon’ Zepeda is vowing to get back up and continue going to war with Regis Prograis if dropped this Saturday, November 26th, in their battle for the vacant WBC light welterweight title at the Dignity Health Sports Park, in Carson, California.

Zepeda feels he should still be undefeated because he was injured in his first title fight against Terry Flanagan in 2015, and in his second attempt, he lost a controversial 12 round decision to Jose Ramirez in his hometown in Fresno, California, in 2019.

“Everybody has got a lot of high tensions right now. It’s just going to be me and him in the ring, and that’s what I’m focused on right now,” said Regis Prograis to Fighthype about his fight against Jose Zepeda on Saturday.

“It’s always the corner, the bravest one,” said Zepeda to Fighthype about the animosity between the teams on Tuesday. “It doesn’t matter because it’s only going to be Regis and I in there, and it’s going to be a hell of a fight.

“I don’t think I have to tell you if he’s brave or not. You guys know that. I don’t have to tell you that I’m brave. If anything happens, I’m going to get up and go back to fighting, and he’s going to do the same thing.

“If he gets dropped, he’s going to come back. That’s why I keep saying ‘Fight of the year,’ and all the boxing experts know that.

“That only gives me more motivation,” said Zepeda about fighting for a world title for the third time after failing on the two previous occasions. “If I was able to get three opportunities for a world title, it means I’m doing things right.

“Nobody just gets three opportunities for no reason. So it means I’m doing something right each time I’m progressing, and the two times that I lost, in my book, inside the ring, I haven’t lost.

“In my first title fight, my first loss [to Terry Flanagan in 2015], that was a shoulder dislocation. In the second one [against Jose Ramirez in 2019], many people thought I won. So, I believe inside the ring; I haven’t lost a flight; I’m undefeated,” said Zepeda. 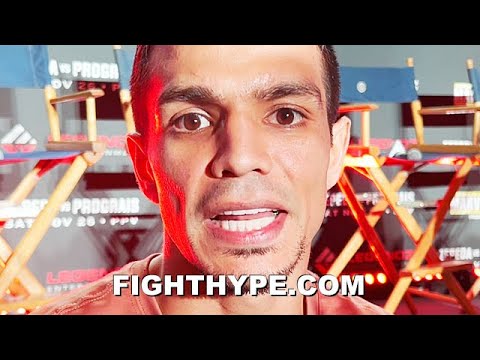 
« David Benavidez on Caleb Plant: “I’m going to get a stoppage”

Errol Spence unsure when he’s fighting after being “blindsided” »