The 2026 Olympian Hector will be moving up in weight to challenge Tank for his WBA ‘regular’ lightweight title on January 7th on Showtime PPV.

The Errol Spence promoted Martin has a tough fight on his hands against unbeaten Michel Rivera (24-0, 14 KOs) in a WBA lightweight title eliminator on December 17th at the Cosmopolitan of Las Vegas, in Las Vegas.

“I want to get this fight with [Michel] Rivera out of the way, and I think the fight between me and Tank will be a super, a great fight,” said Frank Martin to Fighthype.

“With me sparring him [Tank], you got good days and bad days of sparring. It’s cool that I was able to get in there and spar with him and feel the power and feel the speed and stuff.

“It’s boxing. That’s the thing about it,” said Martin when asked if Hector Luis Garcia and Ryan Garcia pose a threat to beating Tank Davis.

“I think Hector Garcia is a good fighter. He’s a tough fighter, and he’s been upsetting guys too. I think with that fight, Tank is too elusive, and that guy, Hector, his defense is not the best.

“He’s got good offense, and he comes forward and coming to fight, but you’ve got have some kind of defense. You’re not just going to go in and walk Tank down in how he [Hector Garcia] walked Chris Colbert down. It’s not happening.

“He’s got to be careful. If he goes in and try to do something [against Tank], he might get caught. That’s a fight that I see Tank winning and the Ryan Garcia fight. I think Tank will win that fight too, but like I said, it’s boxing. Anything can happen in the ring,” said Martin.

“I was supposed to fight Chris Colbert, but Chris really didn’t want to fight. Once that didn’t happen, they ended up contacting me asking me what I thought about [Michel] Rivera. I said, ‘Let’s get it.’

“They said it was a 12 round [WBA lightweight] title eliminator, and I said, ‘Let’s go.’ If this is what it takes for me to get the next level, I’m all for it.

“This is better,” said Marin when asked if he’s unhappy that the Chris Colbert fight didn’t happen. “The fight fans are going to see a real fight. This is a better fight.

“I feel it was a fight that was taken soon that most people wouldn’t take being too top fighters coming up, taking this fight at this time. A lot of fighters wouldn’t do this. 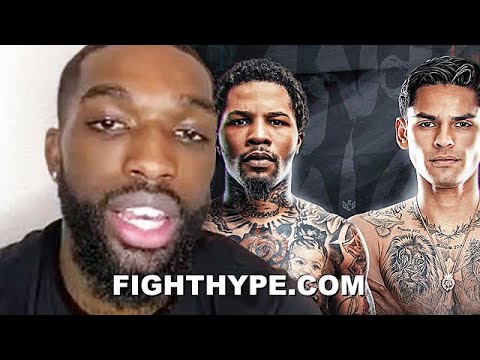 
« Regis Prograis wants no excuses from Jose Zepeda after beating him