Regis Prograis wants no excuses from Jose Zepeda after beating him

By Dan Ambrose:  Regis Prograis doesn’t want to hear excuses from Jose Zepeda about him being injured in his car accident after he beats him this Saturday night in their headliner on FITE.

As far as Prograis is concerned, he’s the better all-around fighter than the 33-year-old Zepeda, and he’s going to send him down to his third defeat.

As good as Prograis and Zepeda are, it’s too bad they must fight each other because both would likely be favored if matched against WBO champion Josh Taylor, who has gone dramatically downhill after taking a shelling from Regis in 2019.

That fight took a lot of the Scottish fighter Taylor, leaving the shell that Jack Catterall beat.

“He was up there smiling because of all this stuff, all this drama stuff that happened,” said Regis Prograis to Fight Hub TV about Jose Zepeda.

Zepeda is a huge puncher, and he can win this fight if he lands on Prograis the way Taylor did in 2019. What Taylor exposed in that fight is that Prograis isn’t great inside fighter, and his defense is poor in close.

“The main thing, I just feel like he’s not on my level. If you compared us skill-wise, power, chin, stamina, speed, defense, I feel like I win every time. Every category is me,” said Prograis.

“You can look at a person in the eyes, but you can’t feel a person off of their eyes. When I stared into [Roberto] Duran’s eyes, it was something else.

“When they told me that he got into a car accident. The main thing is, they said he’s 100%. I’m going to put in a dominant 12 round performance. I know that.

“I don’t want to hear no excuses about a car wreck or nothing. He was just up there and said that he’s 100%. Nothing is wrong. Of course, that’s what people are going to say on Sunday. ‘Ah, he was this. He was that.’

“I’m going to go out there and dominate and do what I have to do. I’m not worried about nothing else. He said that he’s 100%, so that is it. The fight is on. I don’t care nothing about him. My job is to go and dominate. That’s what I’m going out there to do.

“No matter what happens, I’m going to go out and dominate. It was yesterday,” said Prograis about when he learned about Zepedas’s car accident. “They told me at the media event. They said he got in a car wreck, and that’s why he didn’t come to it.

“A little bit [worried the fight would be canceled]. I was like, ‘Oh man.’ I was definitely a little scared, but they told me he was good. So I’m happy that the was good,” said Prograis. 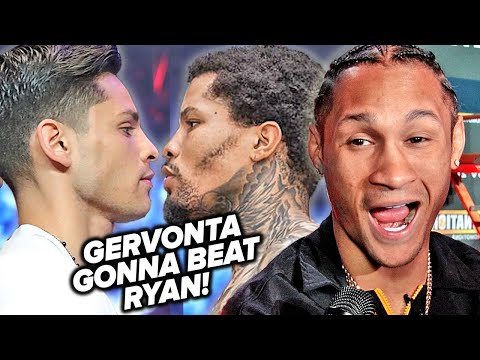