By Chris Williams: Errol Spence Jr vs. Keith ‘One Time’ Thurman is rumored to take place on December 17th.

While that may seem like a rush job for a fight this huge, as Nestor Gibbs points out, a long promotion for a fight between the great talker Thurman (30-1, 22 KOs) and IBF/WBA/WBC welterweight champion Spence (28-0, 22 KOs) isn’t necessary.

The former WBA/WBC 147-lb champion Thurman will build massive interest in the Spence fight overnight with his ability to market his fights with his gift for gab.

Spence vs. Thurman was ordered by the World Boxing Council at the WBC’s recent convention two weeks ago. It’s a fight that Spence must take if he wants to keep his WBC 147-lb belt.

Before that, Crawford had bailed on negotiations with Spence after getting a reported eight-figure payday offered to him by BLK Prime to defend against fringe contender David Avanesyan on December 10th.

Crawford and BLK Prime better hope Spence-Thurman doesn’t go down on December 17th because there’s no way they can compete with that.

“There are rumors of a December date for this Errol Spence vs. Keith Thurman fight,” said Nestor Gibbs at ThaBoxingvoice. “Do you think we get a rushed announcement? I hope not.

“We’ve got Terence Crawford and David Avanesyan fighting on December 10th, but there were rumors of a December 17th date on PBC. That gives us how much time? [five weeks]. Exactly.”

It doesn’t matter if Spence-Thurman is scheduled a week after the Crawford-Avanesyan fight because it’s a fight that will be massive. It’s like Floyd Mayweather Jr vs. Manny Pacquiao.

That fight had almost no promotion, yet it broke the PPV record, bringing in over 2 million buys.

It won’t surprise me if Spence vs. Thurman hits the one million+ buy mark. It will not hit the 2M market on PPV because there are too many illegal streams and other ways for boxing fans to pirate fights.

“Have we seen fights of this magnitude announced within five weeks? I don’t know if you’re going to get any of that [two-city press tour for Spence vs. Thurman] for this, and I don’t know that you need any of that for this,” said Gibbs.

“It is Keith Thurman, and he is one of the best talkers.” 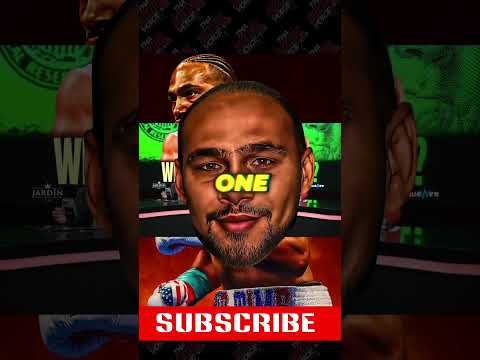 Some Boxing facts and feats! »