The 36-year-old Kiko’s victory over the game but limited Gill put him in position for a rematch against Warrington, who stopped him in the seventh round last March.

It makes sense in some respects for Kiko to be looking to fight the 34-year-old Wood because he looked awfully vulnerable against the very beatable Michael Conlan last March in Nottingham. If not for Conlan gassing out, he would have beaten Wood.

The other positive for Martinez fighting Wood is that he wouldn’t need to deal with being head-butted all night like he was in his recent fight against Warrington. The Leeds native seemed to take the fight out of Martinez after ramming heads with him early.

“I want to fight Leigh Wood,” said Kiko Martinez after his brilliant fourth round knockout win over Jordan Gill last Saturday night at the Wembley Arena. 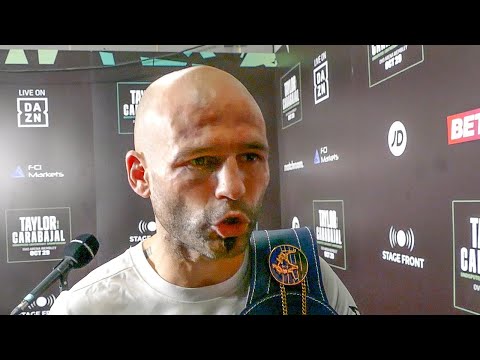 Wood likely won’t give Kiko a title shot for WBA secondary 126-lb belt because he wants the Leo Santa Cruz fight, which will pay well.

If Wood wins that fight, he’s talking about wanting to defend against Mauricio Lara, a fighter that he’d been scheduled to face recently. Wood pulled out of the fight, complaining of a bicep injury. The World Boxing Association mentioned wanting proof of the injury.

Lara suspects that Wood wasn’t injured and pulled out of the fight because he didn’t want to face him.

It will be admirable on Wood’s part if he does reschedule against Lara, but obviously, that would depend on whether he wins against Santa Cruz. If Wood loses to Santa Cruz, it would be pointless for Lara to fight him.

Martinez had been teeing off on Gill from the outset, nailing him at will with powerful shots. By the second round, it was obvious that Gill was overmatched and was heading for an early knockout. He was cut in that round, and he looked in sorry shape.


« Fury reacts to Deontay Wilder crying after Helenius win: “Maybe I knocked a big of sense into him”