By Charles Brun: Anthony Joshua has surprisingly agreed to all terms given by Tyson Fury to challenge him for his WBC heavyweight title on December 3rd at the Principality Stadium in Cardiff, Wales.

Joshua (24-3, 22 KOs) has decided to risk everything by agreeing to fight Fury next, and he could be sorry for that decision.

Besides the December 3rd date, Joshua has also agreed to the 60-40 split and the 50-50 split for the rematch clause, should AJ defeat Fury.

At this point, the last thing that needs to be agreed on is the broadcasting deal. Fury has previously said he would be agreeable to a joint broadcast between BT and DAZN on pay-per-view, but we’ll see if he changes his mind.

If so, Joshua & his promoter Eddie Hearn will need to decide if they want to bend to Fury’s wishes as they’ve done for the December 3rd date and 50-50 rematch clause. Hearn wanted December 17th and a 60-40 split in Joshua’s favor for the rematch clause if he were to beat Fury.

“The only danger is that Tyson could be like the boy that cried wolf,” said Johnny Nelson to Sky Sports. “‘I really mean this; I want this fight to happen.’

“Tyson Fury said he’ll do it, and Anthony Joshua said he’d do it. So for any reason, this fight doesn’t happen; it falls on the shoes of the fighters, nobody else around them.

“If I were on Anthony Joshua’s team, I’d probably not advise him to do it. It’s a great opportunity because the chance is there, but he’s coming off of two losses. His head is all over the place.

“Tyson Fury has to be the only fighter that motivates Anthony Joshua to make the decision to say, ‘Yes, let’s do this. You guys might say I’ve lost two fights in a row, but this guy [Fury] is the only person that motivates me to get my head right to get my confidence and drive to commit to training until now until December the 3rd; this is the only guy that does it for me because I don’t want to be an also-ran boxing for the crumbs.'” 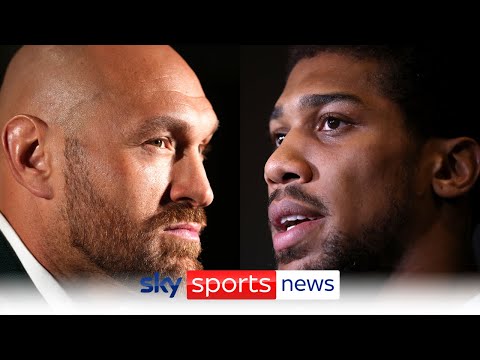