Tyson Fury vs. Oleksandr Usyk possible for Feb.11th or 18th

By Barry Holbrook: Tyson Fury vs. Oleksandr Usyk undisputed heavyweight championship is being targeted for February 11th or 18th, possibly in the Middle East.

According to Mark Kriegel of ESPN, Top Rank promoter Bob Arum has ruled out the Fury-Usyk fight taking place in December. It’s not likely to take place in Saudi Arabia. Instead, Abu Dhabi and Qatar are possibilities.

For Saudi Arabia not to be one of the countries hoping to host the Fury vs. Usyk fight, it says a lot because they’ve been interested in staging the important fights.

Like some people think, Fury and Usyk may not be a big enough clash to bring in the viewers and PPV buys. Without a big name like Anthony Joshua and Deontay Wilder, the Fury vs. Usyk fight doesn’t have the grandeur.

“It’s going to happen. How do I know this? What’s the source of contention in the lead-up to every big fight? Who’s the purse split,” said Mark Kriegel to ESPN about the Tyson Fury vs. Oleksandr Usyk undisputed clash.

“Is it 70-30, 60-40? This one is going to be 50-50. I spoke to Bob Arum today, and he said that is a given. My other sources agree. So, we have one point of contention completely out of the way, or supposedly, that’s welcome news to me, proving the fight is going to happen.

“As to win? You may have heard reports this week that the source that the Saudis want to host it in December. Don’t hold your breath on that. It’s highly unlikely, according to Arum and others I spoke to.

“The likely date now February, Super Bowl weekend, or maybe the week after, probably the mid-east, but not necessarily Saudi Arabia.

“There’s also, Abu Dhabi could be a player, Qatar could be a player, and still, an outside shot that the UK gets it. It will not be in Wembley.  Don’t listen to that stuff. It’s winter. You need to protect the fighters from the elements. That would be an 80,000 indoor seat arena in Cardiff if it’s in the UK,” said Krigel.

Staging the Fury vs.Usyk fight in the UK would be the ideal location, but it might not be able to match the money that would be available overseas in the Middle East. 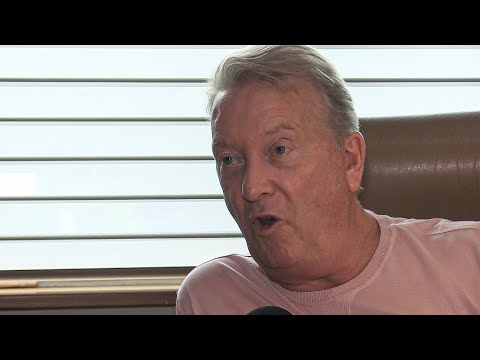