Deontay Wilder’s trainer wants Joshua or Usyk next after Helenius

Scott feels that a fight between Wilder and Joshua would be huge, and he’s interested in making that match-up if the terms are right. Other than Joshua, Malik would like the former WBC heavyweight champion Wilder to challenge unified champ Oleksandr Usyk,

Putting a fight together between Wilder and Usyk may prove difficult, as the Ukrainian fighter says he only wants WBC champion Tyson Fury next.

It’s possible that Usyk may retire after fighting Fury, as he’d already taken on two of the best heavyweights in the world. The only reason for Usyk to stay on would be for money in fights against Wilder and guys like Andy Ruiz Jr.

“Deontay and AJ is a fight I’m very much interested in, and the conditions have to be right because we’re dealing with someone that doesn’t have to do this for a financial state.

“If Deontay does do it, the conditions have to be right, the finances because he’s people-driven, not money-driven.

“I’m more indulged studying-wise because Helenius, to me, is just as dangerous as any of those other guys. Keep in mind, Helenius isn’t  a good spar. He doesn’t spar very good.

“Some fighters aren’t good spars, but you get them under the lights, make them an underdog, and they come alive. That’s who Helenius is. Stylistically, he’s not fooling me because I know exactly who he is.

“He’s a very dangerous fighter and is even more dangerous on the night oof the fight. He’s coming to defeat us. It’s my job as the teacher for Deontay and our job as a team to make sure that doesn’t happen. 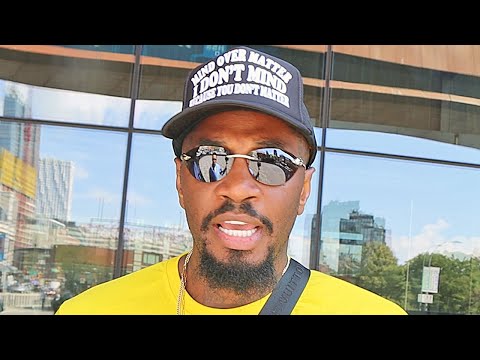 Janibek Alimkhanuly calls out Jermall Charlo for unification fight at 160 »