Janibek Alimkhanuly calls out Jermall Charlo for unification fight at 160

Charlo (32-0, 22 KOs) likely will ignore Janibek’s call out, as the only risky fights he’s interested in taking are against Canelo Alvarez and Gennadiy Golovkin. Those are fights that would pay Jermall a mountain of money.

The 2016 Olympian Janibek (12-0, 8 KOs) was moved from interim WBO champion to full champ after Demetrius Andrade opted to vacate his 160-lb belt after being ordered to fight the hard-hitting Kazakh southpaw.

Predictably, Janibek will be ignored by Jermall and Golovkin in the same way that Demetrius had been. Janibek is too dangerous for his own good, and GGG and Charlo are getting older & focusing on going after the money fights.

Like Janibek, Andrade was excited and idealistic after capturing the WBO 160-lb belt in 2018. However, by 2022, Andrade realized that there was nothing for him at 160, aside from title defenses against obscure opposition that the boxing public had no interest in watching.

“I would pick Janibek over any middleweight in the world,” said Top Rank boss Bob Arum. “He is a southpaw with tremendous power and will reign over the division for a very long time.”

Arum could be right about Janibek reigning for a long time at 160, particularly if none of the top guys are interested in fighting him. The middleweight division would get interesting if fighters like Jermell Charlo, Sebastian Fundora, Errol Spence Jr, and Terence Crawford moved up in weight.

“I’d have no issue fighting Jermall Charlo for his WBC title,” said Janibek. “We are both champions, so let’s unify the belts. Charlo would be easy work for me, and he knows that. Champions should fight other champions. It’s too bad the other so-called ‘champions’ do not feel that way.”

It would be in Charlo’s best interest to fight Janibek, but he’s not going to do it because the match is too risky, and he’s not about to mess up his chances for a Canelo cash-out fight.

“Demetrius Andrade had no interest in fighting me. I wanted to fight him because I knew I would knock him out. He ran away to super middleweight to avoid fighting me,” said Janibek. 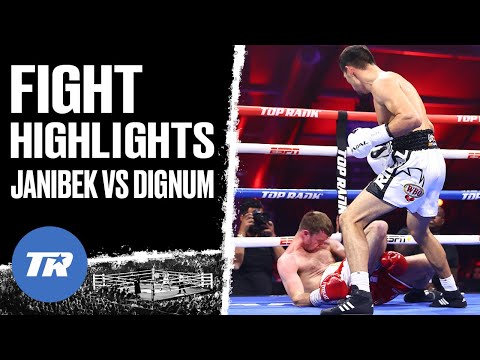 
« Deontay Wilder’s trainer wants Joshua or Usyk next after Helenius