Canelo says if Bivol loses to Zurdo, no rematch for him

By Sean Jones: Canelo Alvarez says Dmitry Bivol won’t get a rematch with him if he loses his November 5th title defense against Gilberto ‘Zurdo’ Ramirez in UAE.

Surprisingly, Canelo (57-2-2, 39 KOs) is taking the stance that he’s off the hook for the rematch & the need to avenge his loss if Bivol loses to Ramirez.

That would make Canelo look weak on the part of many boxing fans, as it doesn’t matter if Bivol were to lose to someone else.

Canelo should still want to avenge his loss because that won’t disappear if Bivol (21-0, 10 KOs) loses to the cruiserweight-sized Ramirez (44-0, 30 KOs) in November.

As for Canelo fighting Zurdo Ramirez if he wins, it’s not going to happen because Alvarez doesn’t want to fight another Mexican fighter.

The comment from Canelo that he won’t fight another Mexican suggests that he’s not going to face David Benavidez, his WBC 168-lb mandatory as well.

It’s convenient for Canelo to say he won’t fight other Mexican fighters because it saves him potentially from losing badly to Benavidez.

“I think Zurdo Ramirez has a lot of chance to win. I want him to win, of course,” said Canelo Alvarez to Fighthype about Gilberto ‘Zurdo’ Ramirez’s November 5th fight against Dmitry Bivol.

“If he loses, no,” said Canelo when asked if he’s still interested in a rematch with Bivol. “No, I don’t want to fight with a Mexican.

“He [Zurdo] knows how to fight. He’s a difficult fighter. He’s tall. I think he has a lot of chances,” said Canelo about Ramirez.

So there it is. Canelo already trying to get out of fighting Bivol again, and it’s not surprising to this writer because I don’t see him taking that rematch.

What Canelo isn’t saying is that the slow-handed & slow-footed Gilberto Ramirez has very little chance of beating Bivol because he’s not mobile enough and lacks boxing skills.

During the zenith of Ramirez’s career, when he was fighting at 168, he went life & death with Jesse Hart twice, barely beating him. Hart wouldn’t stand a chance against Bivol, as he’s not equipped with the skills to deal with the talented Russian fighter. 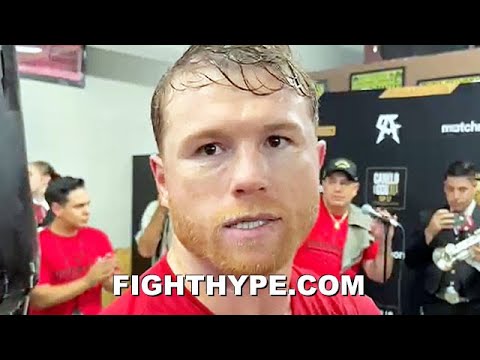