By Sean Jones: Canelo Alvarez says it’s important for him to look good by stopping Gennadiy Golovkin within 12 rounds following his loss to Dmitry Bivol.

Alvarez says he’s going to go to the body of the 40-year-old Golovkin, as he did in their previous fight in 2018, and look to get him out of there that way.

The big punching Golovkin likely feels trapped and will fight tooth & nail to win this fight, as he knows that Canelo is looking to use him to make a statement. Moreover, Golovkin is well aware that his only chance of keeping his rivalry alive with Canelo is to beat him.

“This fight is important for us and the people that wanted to see this fight a long time ago,” said Canelo Alvarez to Fight Hub TV about his trilogy match against Gennadiy Golovkin.

“I’m ready for this fight. I can’t wait to be in the ring. I always work in the body, and I’m going to work and put all my skills and do my job,” Canelo continued when asked if he’ll target Golovkin’s body.

“I don’t want to see other fighters what they do with Golovkin because it’s different, right? Their styles are different. I’m just going to be there and do my thing.

“It’s very important for me to win this fight in a good way. Coming from a loss for me is important to coming back strong. I want to win this fight before the 12th round. That’s my goal,” said Canelo about his goal of stopping the 40-year-old Golovkin.

“Zurdo Ramirez is a great fighter. He’s tall, he’s strong, so he has a lot of chances to win,” said Canelo about the November 5th fight between WBA light heavyweight champion Dmitry Bivol and his mandatory challenger Gilberto ‘Zurdo’ Ramirez. 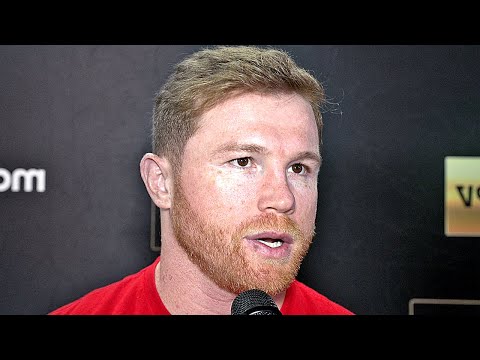 Canelo says if Bivol loses to Zurdo, no rematch for him »